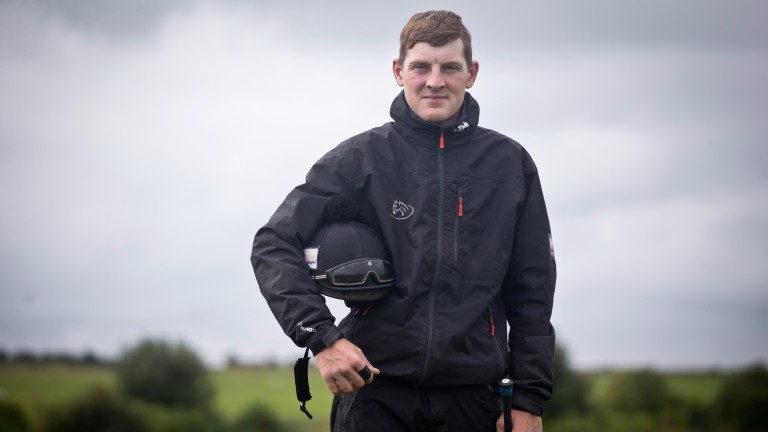 Irish Grand National winning jockey Ger Fox was one of three riders to receive bans of two years from the referrals committee for drug offences on Thursday night as the Turf Club pledged to take a harder line on such cases.

Fox and amateur riders Roger Quinlan and Danny Benson tested positive for metabolites of cocaine at Galway on October 10.

Fox, who rode Rogue Angel to victory in the 2016 Irish Grand National, was banned for two years with the last 18 and a half months of the ban suspended provided he submits to random testing with Turf Club chief medical officer Dr Adrian McGoldrick and continues to have the support of his employer trainer Gavin Cromwell.

The reinstatement of his licence will be subject to a hearing in advance of his projected return to ensure compliance with the terms and conditions set by the referrals committee.

Quinlan was banned for two years with the last 21 months suspended. He will have to cooperate with anything Dr McGoldrick asks him to do in the meantime. In his case there is no review planned unless he fails to cooperate.

Benson was also banned for two years with a review in six months provided he positively engages in a rehab programme.

As far as Quinlan and Benson are concerned, it is understood there were mitigating personal circumstances involved in their cases.

A statement issued by the referrals committee following the hearings stressed the starting point for penalties in similar cases would in future be four years.

The statement said: "We can't have another like tonight where three riders tested on the same day were positive. This is unacceptable for racing.

"To date we have tried to impose punishment with an encouragement to undertake rehab. This has worked in individual cases but it is clear that the deterrent effect of the penalties imposed is not enough.

"We are asking Denis Egan, in his capacity as CEO of the Turf Club, to write to all the representative bodies to say that in future the starting point for penalties will be four years plus whatever follows. There will be no coming back in six months, except in very exceptional circumstances. What is currently happening cannot continue.

"There is help available for any rider who needs it and they can contact Dr McGoldrick in the strictest confidence if they need help. We would encourage them to do so."

Fox one of three to test positive for cocaine metabolites

FIRST PUBLISHED 10:22PM, NOV 30 2017
We can't have another like tonight where three riders tested on the same day were positive. This is unacceptable for racing