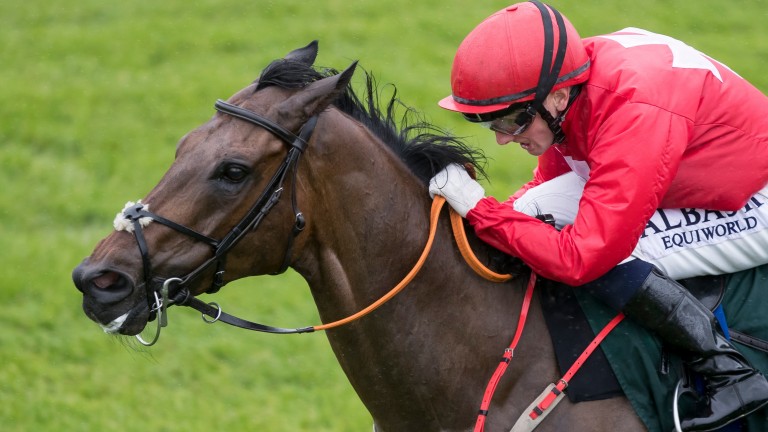 Trainer Tom Hogan has paid tribute to his stable star Gordon Lord Byron following the sad news that the 12-year-old stalwart died after collapsing during a routine piece of work on the gallops on Tuesday morning.

The remarkable performer, winner of three Group 1s in three different countries and on two continents, was one of the most popular Flat campaigners of recent times and took connections on a rags-to-riches journey, having been purchased for just €2,000 as a foal.

During a 108-race career, Gordon Lord Byron recorded 16 victories and still held a lofty rating of 105 at the age of 12, with Hogan previously reporting his globetrotting star had retained all his old enthusiasm ahead of his intended return this weekend.

Having fractured his pelvis when leaving the stalls on his debut at Roscommon, the son of Byron was forced to stand in his box packed with used car tyres so he could not lie down in order to avoid stretching the fracture. 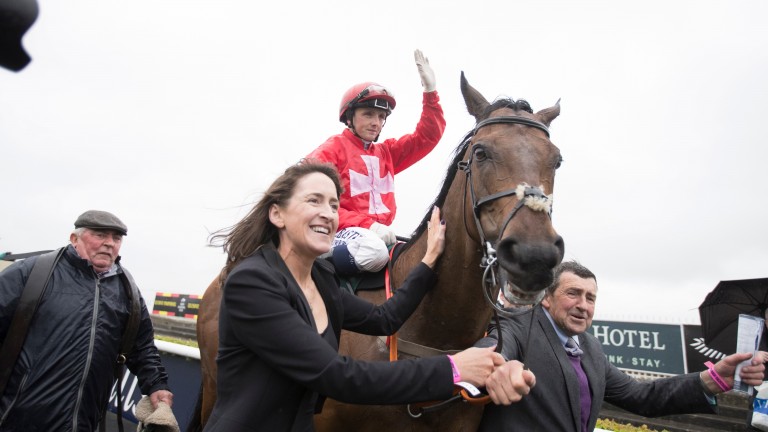 After more than a year off the track, the incredibly gutsy bargain buy would go on to record one of the most remarkable careers of the modern era, earning over €2.1 million in prize-money.

"We're gutted but he was pampered every day of his life and was never as happy as he was at the moment," said Hogan.

"He hates wet weather and had a great spring. We were delighted with him last Thursday when he did a great piece of work up the Old Vic gallop under Leigh Roche. He was really well and healthy in himself."

He added: "These things happen, though. He was just doing a routine bit of work ahead of his intended run this weekend at the Curragh. He'd actually been working better than he was last year. He looked superb and was in great form." 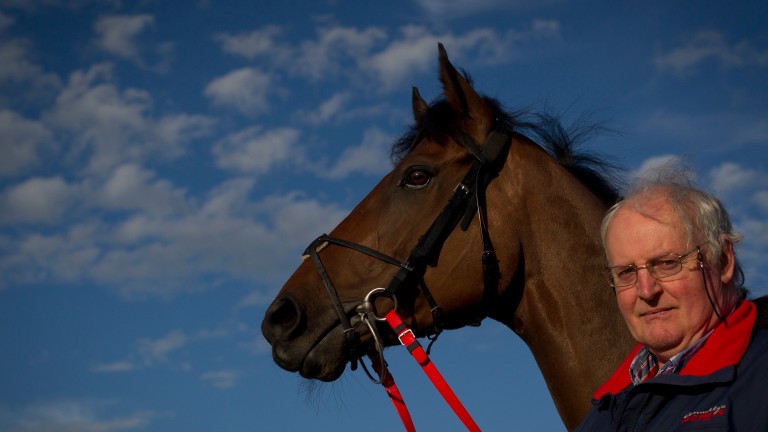 Cheltenham Festival-winning trainer Hogan produced the Morgan Cahalan-owned superstar brilliantly to record top-level successes in 2012, 2013 and 2014, with victory in the Group 1 George Ryder Stakes at Rosehill a standout achievement for Irish racing.

"Anyone in racing would dream of having a horse like him," said the trainer.

"He took us places we'd never have been. He did things that no other Irish horse had done for a long time.

"He was the first Irish-trained horse to win a Group 1 in Sydney. He won the Haydock Sprint Cup and finished second in it twice. No other Irish horse has won the race since Vincent O'Brien's Abergwaun in 1972."

Hogan added: "He also won the Prix de la Foret and was second in it twice. No Irish-trained horse has won that race since Pas De Seul in 1982. He created history and it was wonderful to have a part in it.

"He took us to Hong Kong five times, Australia, Dubai, Qatar and France, introducing us to places and people we'd never have met.

"We were so privileged to have anything to do with him and he lived a very privileged life."

Hogan's individual treatment of the horse, who had 26 jockeys during his career, appeared to be key to his extraordinary longevity.

"He got five-star treatment every day of his life and he's had a great team behind him all the way," he said.

"He had physio at least once a week, got trips to the beach – you name it, he got it."

The Tipperary handler added: "He never went on a walker because he didn't like them. He was walked by hand every day and had to be exercised seven days a week – he hated time off.

"A lot of people got enjoyment from him. He enjoyed himself too. When he came in from the paddock yesterday he rolled twice, gave a buck and a squeal.

"All good things come to an end. It's been an absolutely amazing journey."

FIRST PUBLISHED 12:12PM, JUN 9 2020
He took us places we'd never have been. He did things that no other Irish horse had done for a long time