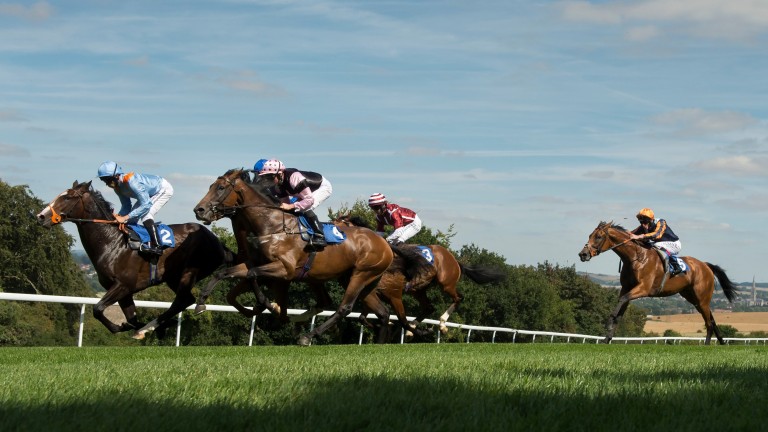 British racing: has a 20 per cent decrease in minimum prize-money levels when racing restarts
Edward Whitaker (racingpost.com/photos)
1 of 1
By James Stevens UPDATED 7:36PM, MAY 14 2020

The minimum prize-money for Group 1 Flat races has been temporarily dropped 50 per cent, while race values have been cut across the board as the sport grapples with the financial impact of the lockdown.

The Horserace Betting Levy Board on Thursday announced it would increase its prize-money contribution by 23 per cent to £16.4 million for the first ten weeks when the sport resumes, but prize-money is still set to take a hit with betting shops and racecourses to remain closed to punters initially.

The minimum prize-money levels have been dropped on average almost 20 per cent, with prize-money at the "middle and grassroots level of the sport" prioritised, according to a press release from racing's cross-industry members' committee.

However, funding has been increased at the lower end of the scale with all Class 5 races' minimum values up 20 per cent to £5,400, and 23 per cent to £4,300 at Class 6 level. Additional levy funds that were unlocked at Class 4, 5 and 6 by racecourse contributions will cease, meaning the value of these races will also decline.

Over jumps, minimum values for open Grade 1 chases are down 40 per cent to £60,000 and Grade 1 hurdles down 33 per cent to £50,000. Similarly, Class 4 and Class 5 races will have increased minimum values, but lose additional levy funding.

The financial focus on the lower levels of the sport is to help the retention of horses in training and owners in British racing. During the crisis, many trainers have reported horses have been taken out of training due to the cost for their owners.

Richard Wayman, the BHA's chief operating officer, said on Thursday: "British racing’s recovery from the current situation will be dependent on the continuing support of racehorse owners and it's therefore regrettable that, as has also been the case in other jurisdictions, we've had to reduce minimum prize money levels when racing returns.

“We're very grateful for the increased contributions provided by the Horseracing Betting Levy Board which have allowed the sport to mitigate the impact to a certain extent, and agree a strategy that seeks to support the retention of owners and their horses."

He added: “We're fortunate that many owners at all levels continue to demonstrate their loyalty to the sport, and it's important to stress that these reductions, which will also impact on the livelihoods of trainers, jockeys and stable staff, are a short-term measure only.

“The resumption of racing at the beginning of June provides a fantastic opportunity to put British racing into the spotlight and engage the nation with our sport. This can yield benefits in the short term and for years to come.

"The values will therefore remain under constant review as it is important that they are raised at the earliest possible opportunity.”

FIRST PUBLISHED 6:31PM, MAY 14 2020
We're fortunate that many owners at all levels continue to demonstrate their loyalty to the sport