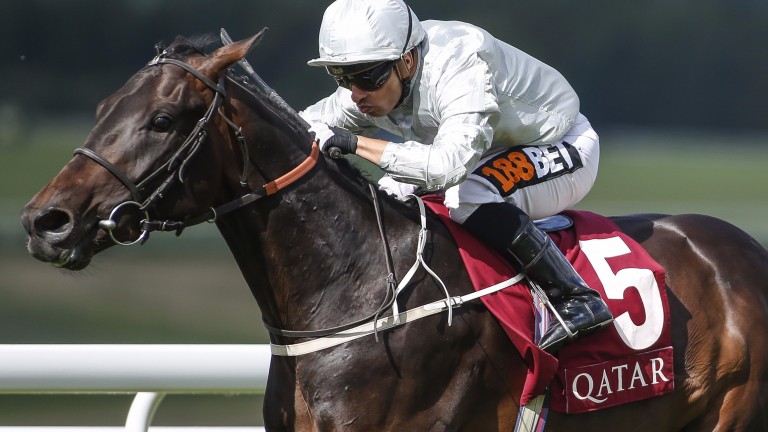 Dee Ex Bee: "We are all hopeful the Curragh will suit him better" says trainer Mark Johnston
Alan Crowhurst
1 of 1
By David Jennings UPDATED 4:41PM, JUN 26 2018

Saxon Warrior is a best-priced 4-7 to give Aidan O'Brien a 13th win in the race, but the brilliant Qipco 2,000 Guineas winner has three lengths to find with Dee Ex Bee from Epsom and Johnston is reasonably confident the form will be confirmed at the Curragh.

Dee Ex Bee will face a maximum of 13 rivals in the Curragh Classic after being supplemented into the race along with Godolphin's Old Persian and the Michael Halford-trained Platinum Warrior at Tuesday's latest forfeit stage.

Johnston said: "I have got the utmost respect, as everybody has, for Aidan O’Brien and his team and he wouldn’t be running Saxon Warrior if he didn’t think he could reverse the form, but we are the one guaranteed to stay so we are going there more than hopeful that Saxon Warrior can’t reverse the form."

"We are all hopeful the Curragh will suit him better and we will see the best of him on Saturday. He has won at Epsom but he is a big horse and I’m sure he will enjoy the Curragh a lot more. There was cut in the ground at Epsom and we know he handles cut, but I’m pretty confident he’ll handle fast ground as well."

Saxon Warrior will be bidding to restore his reputation on home soil and, like Johnston, O’Brien feels the Curragh will play more to the son of Deep Impact's strengths.

"We are very happy with Saxon Warrior, everything has gone smoothly since Epsom," said O'Brien. "We think he was a little bit babyish and taken aback by the track and everything.

"He has done all his running on uncomplicated tracks and that was the first time he had to encounter anything like that. When Ryan [Moore, jockey] turned to come down the hill, he felt he was a little at sea and unsure of himself. He was the same when he came into the straight – he never really got himself organised – and it didn't happen for him on the day." 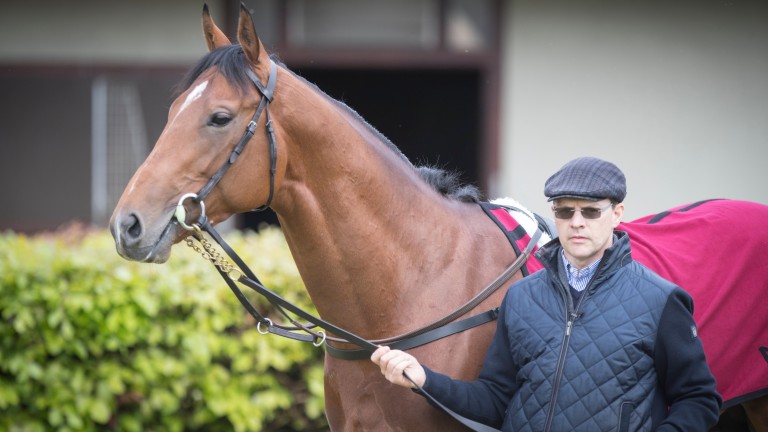 Aidan O'Brien with Saxon Warrior: "He was a little bit unsure of himself at Epsom"
Patrick McCann (racingpost.com/photos)

Connections of Dee Ex Bee, Old Persian and Platinum Warrior will be refunded the €100,000 supplementary fee by virtue of having finished runner-up at Epsom, winning the King Edward VII Stakes at Royal Ascot and landing the Gallinule Stakes respectively.

There are just eight days between the King Edward VII Stakes and the Irish Derby but Charlie Appleby is going to let Old Persian take his chance at the Curragh and says he has come out of the royal meeting in great shape.

Appleby said: "We will supplement Old Persian and then we have 48 hours to see how he is before declaration time. He seems to have taken his race at Ascot well and has been showing me all the right signs since."

FIRST PUBLISHED 10:49AM, JUN 26 2018
We are the one guaranteed to stay so we are going there more than hopeful that Saxon Warrior can’t reverse the form

Four things we learned on the fifth and final day at Royal Ascot Doyle Force: Creative rider off the mark for the week as Appleby bags a 1-2 'I didn't say that. He's wrong' - Dettori counters Murphy best-horse claim A day when two big decisions had to be made - officials at Ascot got both right Did the stewards get it right in the Commonwealth Cup? Experts have their say 'Oisin's horse drifted about eight lanes' - Commonwealth Cup result reversed