Frankie Dettori to ride for Ballydoyle in 2,000 Guineas at Newmarket 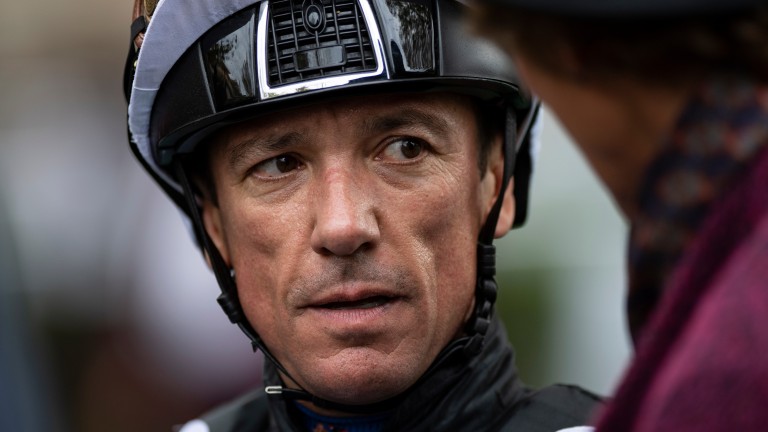 Frankie Dettori has revealed he will ride for Aidan O'Brien in the rescheduled Qipco 2,000 Guineas (3.35) at Newmarket on Saturday.

There were 15 entries for the first Classic of the season and O'Brien, who has won the last two runnings, has put forward four runners, including Coventry Stakes winner Arizona, who is currently the 6-1 second favourite, and Wichita, who is as short as 10-1.

The field is headed by odds-on favourite Pinatubo, who was unbeaten in six starts for Charlie Appleby and Godolphin last season, including when beating Arizona in the Group 1 Dewhurst Stakes.

"Aidan has been in touch and I'll be riding for Ballydoyle in the 2,000 Guineas," said Dettori. "Ryan [Moore] obviously has first choice but I'm standing by for one of the others and I'm excited about it."

Dettori also confirmed he will partner the Mark Johnston-trained Raffle Prize in the Qipco 1,000 Guineas (3.35) the following day. She can be backed at 16-1.

The daughter of Slade Power won three of her six starts last season, including the Group 2 Queen Mary Stakes, and is among 17 entries.

Quadrilateral heads the market at 5-2 for trainer Roger Charlton. She enjoyed an unbeaten juvenile season, which included a narrow victory over Powerful Breeze in the Group 1 Fillies' Mile at Newmarket.

O'Brien: no concerns over Arizona's stamina ahead of third clash with Pinatubo

FIRST PUBLISHED 3:15PM, JUN 1 2020
Ryan obviously has first choice but I'm standing by for one of the others and excited about it

'The zest and desire was there' - Gosden encouraged by Enable's comeback Seamie Heffernan hit with 22-day whip ban by stewards after French Derby ride The glory goes to Ghaiyyath but Enable fans have every reason to be pleased If anyone can get Enable back on Arc track it's the genius that is John Gosden Ghaiyyath strikes in Eclipse as Enable goes down fighting at Sandown Richard Forristal: a great ride - but McNamara was allowed to do what he wanted