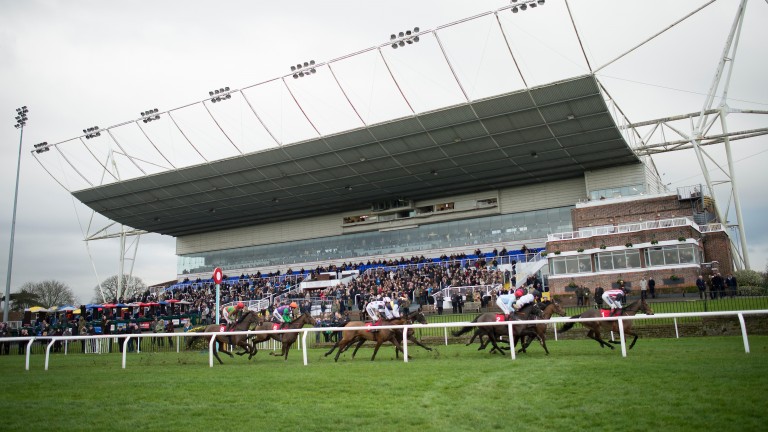 Racing at Kempton would end if the Jockey Club's plan to build houses there is approved
Edward Whitaker
1 of 1
By Lee Mottershead 5:08PM, JAN 20 2017

Opposition to the Jockey Club’s controversial plan to sell Kempton for housing is increasing among trainers, according to their professional body, which claims 80 per cent of members who have been in contact now want the plan scrapped.

A desire to maintain Kempton as a racecourse has fuelled trainers’ opposition to the scheme, as has lack of enthusiasm for the Jockey Club Racecourses' plan to build an all-weather racecourse in Newmarket, whose former mayor John Berry has branded the scheme “appalling” and “the road to hell”.

Jockey Club boss Simon Bazalgette will attend a meeting of the National Trainers Federation next month, but the organisation’s chief executive Rupert Arnold has emphasised a clear majority in the profession need to be won over.

Arnold said: “When the announcement was first made I would say our members were maybe 60:40 against. That position has hardened since then as we’ve received a slightly wider picture of people’s views. What David Elsworth said was about right in terms of the opinions expressed to us by trainers. Now the split is nearer 80:20 against.”

He added: “Simon Bazalgette has accepted an invitation to come to our next council meeting on February 23. In the meantime, we’ll take soundings from members on the key questions, many of which are still unanswered. The NTF has taken the view we aren’t able to form an opinion without more information.”

Arnold added: “Understanding the effect of an all-weather track in Newmarket replacing Kempton’s is one we have to weigh up carefully.

“It may be that when you weigh up the ease of access relative to the number of horses in training it makes sense, but that is analysis that needs to be done. The effect on small to medium-sized trainers in Lambourn and the south-west has to be factored in as well.”

Speaking to the Racing Post yesterday, Berry argued Newmarket’s trainers who opposed the digging up of Newcastle’s turf track could not, with good conscience, support the sacrificing of Kempton.

He said: “When the plan for an all-weather track at Newcastle was announced a lot of trainers were pretty forthright in saying it should be opposed if it was contingent on ripping up one of the best turf tracks in Britain.

“The Newmarket scheme is dependent on ripping up one of the best turf tracks in Britain, namely the Kempton National Hunt course, so basically no trainer who spoke out against what happened at Newcastle can support the plan without being barefacedly hypocritical.

On the subject of Newmarket taking on an all-weather track, Berry added: “I think it would be atrocious. The idea came up at the turn of the century, when the strong Newmarket view was it was the last thing we needed because our hallmark is quality. I don’t see why our viewpoint should have changed.

“Would you want to build a wing on the best hotel in the world and run it as a budget travel tavern? It would make you good money, but it would also devalue the hotel’s status.”

The Jockey Club’s plan has been denounced by Berry, who, writing on his blog, described the ancient body as “distrusted” and slated the blueprint as “appalling”, adding: “This plan represents the road to hell for a group whose raison d’etre is to safeguard the future of racing at its courses.”

Although Nigel Twiston-Davies and Jonjo O’Neill have come out in favour of axing Kempton – a proposal that also impressed Newmarket veteran Mark Tompkins – many other trainers have publicly denounced a seismic move the Jockey Club believes would raise upwards of £100 million if planning approval is obtained.

Nicky Henderson, Paul Nicholls, Alan King and Oliver Sherwood are among those to have criticised the Jockey Club – whose strategy has been attacked by the Kempton area’s MP, council and local community – while Newmarket’s David Elsworth, whose quadruple King George VI Chase winner Desert Orchid’s ashes are scattered at the track, described closing the racecourse as “unnecessary”.

FIRST PUBLISHED 4:48PM, JAN 19 2017
This plan represents the road to hell for a group whose raison d'etre is to safeguard the future of racing at its courses