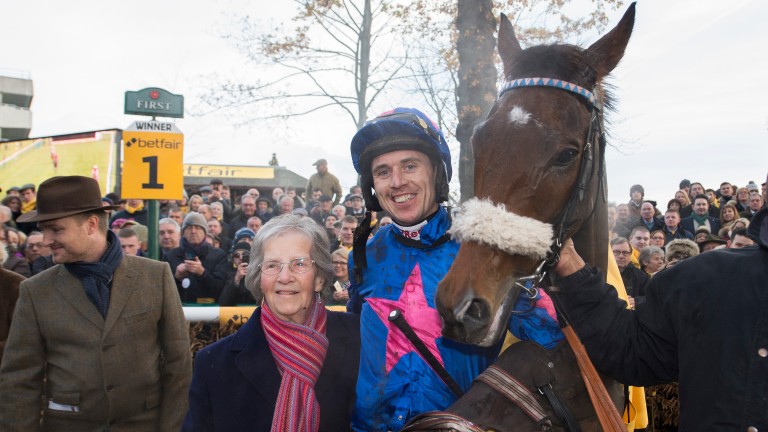 Cue Card's owner Jean Bishop said "all good things come to an end" as she expressed her disappointment that her public favourite would not be able to bow out from racing by running at Sandown's jumps finale meeting.

Bishop had nominated the bet365 Oaksey Chase, a week on Saturday, as the race in which the jumps legend would bring the curtain down on a stellar career.

But retirement was brought forward on Tuesday when the Colin Tizzard stable revealed he was not training well enough to run in the Sandown contest.

Bishop said: "It was a bit of a shock but not a hard decision because apparently Cue Card has not been working as well.

"Normally we would just leave him to get over it and wait for another race. But because this was his retirement race we decided he wouldn't be 100 per cent, so wouldn't be entered.

"It is the end of an era. I feel quite sad about it but all good things come to an end. We knew it was imminent but happening like it did was unexpected."

"It was lovely when he won the Champion Bumper," recalled Bishop. "It was unexpected but every race he has won has been special. The way he has won them, he's gone from one to another. We loved him winning the King George too, as we did all of them."

The most dramatic race of Cue Card's career was the the 2016 Cheltenham Gold Cup, when the horse appeared on the brink of clinching the Jockey Club's £1 million bonus for landing a triple crown of the Betfair Chase, King George VI Chase and Gold Cup in the same season.

Cue Card was travelling strongly and appeared set to mount a serious challenge when he crashed out at the third-last fence.

Bishop said: "The most important thing was that he came through the fall all right. You can't change these things, there was no point dwelling on it."

Instead of racing at Sandown, Cue Card will parade at the track.

Bishop said: "I think we have two other runners at Sandown next Saturday, but even if they weren't running we would be going anyway to see Cue Card enjoy his day out there." 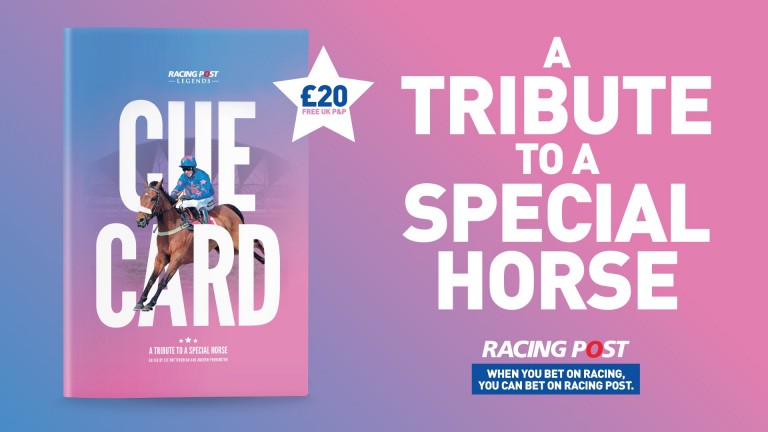 You can pre-order Cue Card: A Tribute to a Special Horse from the Racing Post shop now

FIRST PUBLISHED 11:38AM, APR 17 2018
We knew it was imminent but happening like it did was unexpected