Candy Ride and Twirling Candy are other leading names 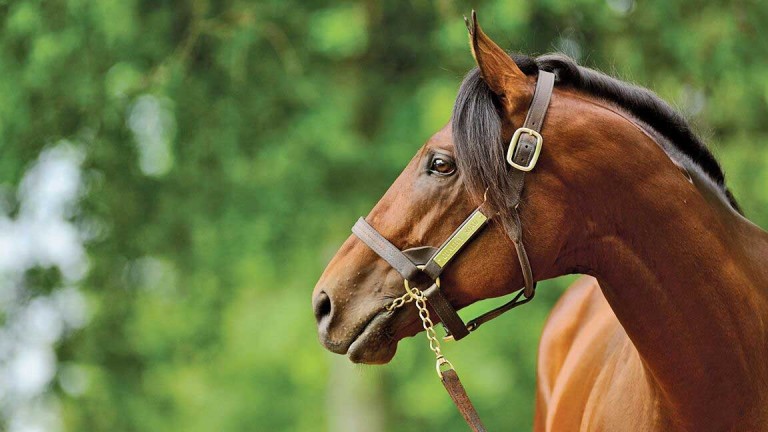 Commercial yearling sale juggernaut Quality Road leads the Lane's End stallion roster for 2022 with a $150,000 fee, unchanged from this season.

The 15-year-old son of Elusive Quality is the leading North American sire by yearling average at a robust $500,610 from 41 sold out of 53 offered. The stallion was represented by three seven-figure sales yearlings and 23 for $500,000 or more, which included a top-selling $1.6 million colt out of Catch the Moon that Eaton Sales sold on behalf of Stonestreet Thoroughbred Holdings to Woodford Racing and West Point Thoroughbreds during the Keeneland September Yearling Sale.

At the racetrack, Quality Road's runners have put him in the top ten among active North American sires by number of Grade 1 winners; he has 12 alongside More Than Ready and Ghostzapper. He is the sire of 51 black-type winners among 100 black-type performers and his career progeny earnings exceed $60.8 million.

Next up on the roster is Candy Ride, who is just one shy of reaching his 100th black-type winner. The son of Ride The Rails is the fifth-leading active North American sire by number of Grade/Group 1 winners with 17.

He is also the sire of seven champions, including 2017 Horse of the Year and champion dirt male Gun Runner, who is making a name for himself this year as the leading freshman sire by progeny earnings and number of black-type and Graded winners. Candy Ride will stand for $75,000.

Candy Ride's son Twirling Candy has been gradually climbing the North American sire ranks and this year has cracked the top ten with eight stakes winners that include three Graded winners, one of whom is Preakness Stakes scorer Rombauer. Overall, Twirling Candy has a deep bench of performers that make him the fourth leading sire this year by winners with 134. He will stand next year for $60,000, up from $40,000 this year.

The yearling sales gave a boost to four-time Grade 1 winner City of Light, whose first yearlings this year averaged $351,825. The son of Quality Road was represented by two seven-figure purchases, a $1.7 million colt out of Anchorage and a $1.05 million colt out of Ghostslayer, who both sold at the Keeneland September sale. Such strong returns moved his stud fee to $60,000 for next year, up from $40,000 for 2021.

A stud fee for second-ranked freshman sire Connect is pending the outcome of the Breeders' Cup, where he'll be represented by two viable contenders.

The 2022 fee for Liam's Map has been tentatively set at $40,000 but that could change as well. He is expected to be represented in the Juvenile Fillies by Juju's Map, who heads into the Breeders' Cup off a win in the Alcibiades Stakes.

New to Lane's End's roster is W.S. Farish's homebred and dual Grade 1 winner Code Of Honor. Earning almost $3 million in a career that included Graded performances from two to five, the son of Noble Mission is a six-time Graded winner. He looks to add to his already impressive résumé this weekend in the Hagyard Fayette Stakes at Keeneland.

FIRST PUBLISHED 10:51AM, DEC 7 2021
He is also the sire of seven champions, including 2017 Horse of the Year and champion dirt male Gun Runner