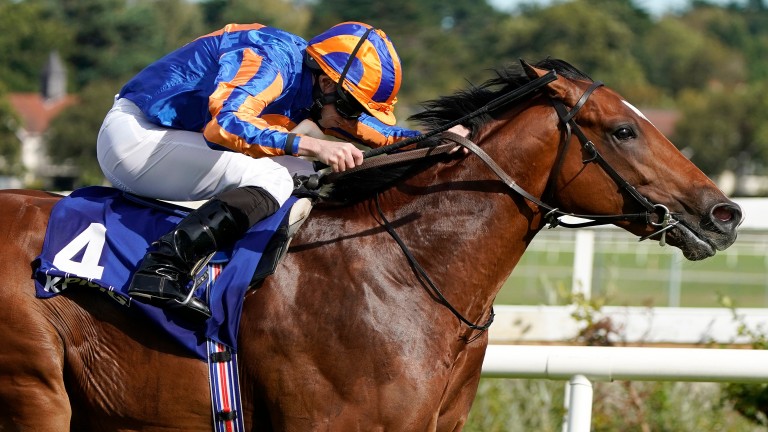 Last year’s Grand Prix de Paris and Hong Kong Vase winner Mogul has been retired from racing to become the newest member of Coolmore’s National Hunt division. He is set to stand at The Beeches for a fee of €4,000.

Boasting one of the most profitable pedigrees in the stud book, Mogul was bought for 3,400,000gns by MV Magnier at Book 1 of the Tattersalls October Sale in 2018.

By the late Galileo out of Newsells Park Stud's extraordinary broodmare Shastye, he is the younger brother of Gestut Etzean new boy Japan, winner of the Juddmonte International and Grand Prix de Paris the season before his sibling. Their sister is the Oaks runner-up and Group 2 winner Secret Gesture.

Mogul won the Group 2 Champion Juvenile Stakes at Leopardstown in his maiden season for Aidan O'Brien and Coolmore, rounding that campaign off with fourth in the Vertem Futurity Trophy.

He was to be most successful in his three-year-old year; Mogul took the Gordon Stakes at Goodwood before beating his new Beeches colleague In Swoop and O'Brien's Derby hero Serpentine in Paris before coming home three lengths ahead of Hong Kong champion Exultant at Sha Tin.

Kept in training at four, Mogul was placed in the Prix Ganay and was last seen back in the Hong Kong Vase last weekend.

"As you’d expect of a horse who cost 3,400,000gns as a yearling, Mogul is a very impressive-looking individual with a great walk and an outstanding pedigree,” said Robert McCarthy of The Beeches. 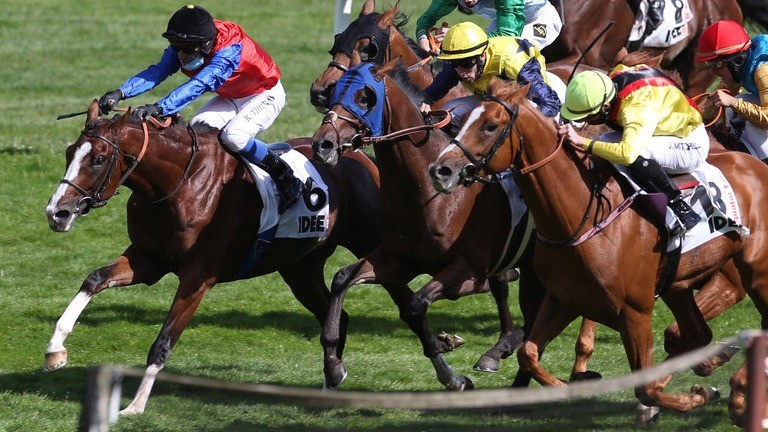 "His dam has produced five black-type horses and there are six Group 1 winners under his first two dams. And of course, like Frankel, he’s bred on that great Galileo/Danehill cross. We are very excited to have himself, In Swoop and Santiago all joining the Coolmore National Hunt roster for 2022."

Coolmore announced its fees for the members of its three premises for jumping and dual-purpose stallions and In Swoop has entered at €4,500.

A deal for the Von Ullmann family's German Derby winner and runner-up to Sottsass in last year's Prix de l'Arc de Triomphe was announced in August. He represents a fascinating alternative to breeders as he is a son of the much-lamented Adlerflug and the Coolmore umbrella will hope for it to be as fruitful an affiliation as it proved to be with the Von Ullmanns' Getaway, who stands for the highest publicly listed figure among their National Hunt division.

Getaway, sire of the likes of Christmas Hurdle winner Verdana Blue, will be available at €9,000 at Grange Stud. Walk In The Park, who has reached pre-eminence in the sales ring and received yet another boost when Douvan's unbeaten brother Jonbon wowed Ascot with his performance in the Grade 2 Howden Kennel Gate Novices' Hurdle, has a private fee.

Santiago is bound for Castlehyde and has also had his fee introduced at €4,500. The son of Authorized – the sire responsible for National Hunt stars including Tiger Roll, Nichols Canyon and Goshen – gained his biggest day when holding off the challenge of Tiger Moth in last year's Irish Derby.

He was subsequently campaigned by O'Brien as a stayer and was third to Stradivarius in the Goodwood Cup and fourth behind Galileo Chrome in the St Leger.

There were precious few changes among the available 20 stallions, with Coolmore seemingly following the trend noticed across the board of Flat sires announced in recent weeks. In uncertain times, only those who had extremely successful seasons had their fees raised; the arrival of the pandemic in 2020 had provoked a reduction in many to be used this year.

FIRST PUBLISHED 5:07PM, DEC 17 2021
We are very excited to have himself, In Swoop and Santiago all joining the Coolmore National Hunt roster for 2022