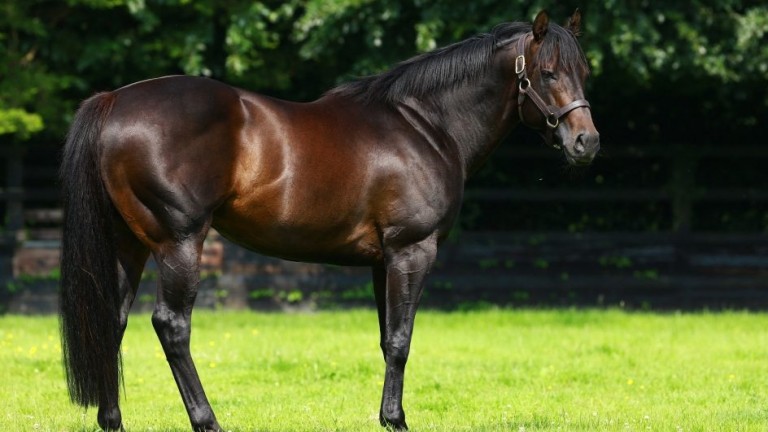 Coolmore's stallion, who is up to €175,000 for this covering season after producing the likes of July Cup hero Ten Sovereigns from his first two crops, shuttled to Australia in 2016 and returned last year, where he is reported to have covered 83 mares at a fee of A$44,000. This was his 21st worldwide stakes winner.

Need I Say More, a gelded juvenile, became his first Australian-bred winner when scoring at the same track at the start of the month and returned for the Group 3 Waikato Stud Slipper over six furlongs.

No Nay Never 2YO Need I Say More now unbeaten in his 2 starts, taking out the Gr.3 @WaikatoStud Slipper over stablemate, and last start Karaka Million winner Cool Aza Beel. He is out of the Fastnet Rock mare Bo Bardi.

He showed plenty of resolution through testing conditions in the closing stages to come nicely clear of his Jamie Richards stablemate Cool Aza Beel.

Out of the Fastnet Rock mare Bo Bardi, he was a successful pinhook by Kilgravin Lodge, having been bought at the Magic Millions National Weanling Sale for A$65,000 and sold for A$130,000 at Karaka Book 1.

Now running for the Te Akau syndicate, Richards anticipates upping Need I Say More in class for the Group 1 Sistema Stakes at Ellerslie next month.

FIRST PUBLISHED 10:19AM, FEB 22 2020
Need I Say More, a gelded juvenile, became his first Australian-bred winner when scoring at the same track at the start of the month

Hope springs eternal but unearthing a Tiger Roll or Sceptical is not the norm Half-brothers to Gear Up, Star Of Emaraaty and Shutter Speed among standout lots Red letter days for Galileo Gold and Adaay at Deauville St Leger hero Logician to stand at Shade Oak Stud next year Eldrickjones and Apollo One head Tattersalls August Online Sale offering Lots to look forward to at the revamped Goffs UK August Sale