Group breakthrough for Flintshire with Cheshire Academy at Longchamp 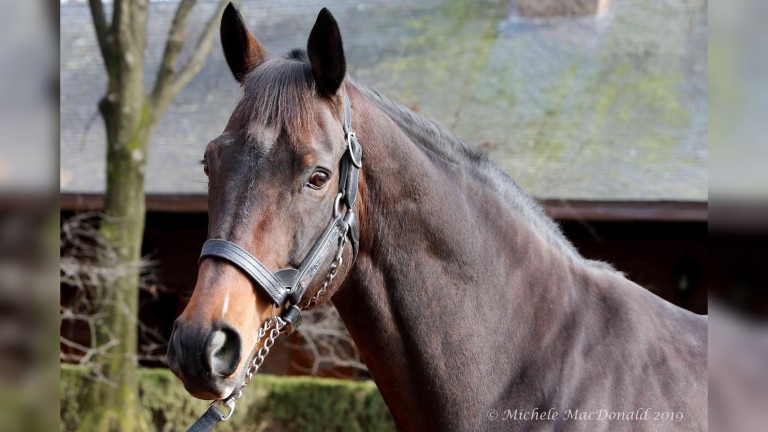 Flintshire has made his mark after success around the world
Michele MacDonald
1 of 1
By Tom Peacock UPDATED 6:46PM, APR 11 2021

Flintshire, who won a Grand Prix de Paris and was twice second in the Arc on the Longchamp turf, claimed his first stakes prize as a stallion at the same Paris track as Cheshire Academy received the Group 3 Prix Noailles in the stewards' room.

There had not been much between Peter Brant's €77,000 Arqana October purchase and Pretty Tiger (Sea The Moon) at the line and officials decided that interference between the two in this key Derby prep had been decisive.

Flintshire has been at Hill 'N Dale Farms in Kentucky since capping a final campaign with Chad Brown with victory in the Grade 1 Sword Dancer, producing 14 winners around the world with one crop of runners under his belt. He stands for $10,000 this year.

Cheshire Academy is the first foal of Danza Cavallo, who also made the move to Brown from France and finished second in the Grade 1 Flower Bowl Stakes.

The big card of Classic trials produced plenty of joy for the Wertheimer breeding operation, as Adhamo built on a winning reappearance at Chantilly by taking the Prix La Force for Freddy Head and Maxime Guyon. It was a second consecutive success in the nine-furlong event for the owners' Jockey Club-winning stallion Intello following that of Pao Alto 12 months earlier.

The Wertheimers' racing manager Pierre-Yves Bureau said: "There's a lot of speed in the family so it was interesting to see him going nine furlongs and winning. I think Intello is going to have a very nice year with a few horses including this one."

The same blue and white silks were carried to victory by Andre Fabre's Le Havre filly Solsticia in the Listed Prix Zarkava. She is a grand-daughter of Grand Prix de Saint-Cloud winner Plumania, a line which was also in evidence through the family of slightly surprising Group 3 Prix Vanteaux winner Rumi.

The Carlos Laffon-Parias-trained Frankel filly, who upset Fabre and the famous Juddmonte sire's much-vaunted Petricore, was a €700,000 Arqana purchase by Shawn Dugan and is in the ownership of Al Shira'aa Farms.

FIRST PUBLISHED 6:35PM, APR 11 2021
There's a lot of speed in the family so it was interesting to see him going nine furlongs and winning