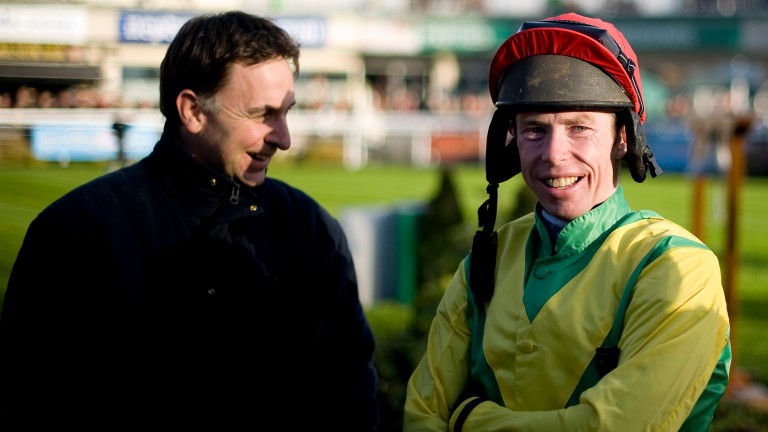 Andrew Lynch (right) with Henry de Bromhead during in his riding heyday
Alan Crowhurst
1 of 1
By James Thomas 6:37PM, APR 11 2021

Back in 2018 Andrew Lynch was preparing to partner Lord Windermere in the Grand National.

He rode 513 winners, including 20 at Grade 1 level, during a highly successful career in the saddle, but that particular venture did not quite go as planned with horse and rider parting company after a melee at the first Canal Turn.

Three years on and Lynch is readying himself for a very different type of challenge, with his Kilbrew Stables operation set to offer a brace of lots at the first stop on the European breeze-up circuit, the Tattersalls Craven Sale.

"It was a bit of a change for a jump jockey, but even when I was riding I was mad about speed," says Lynch as he reflects on his route into the breeze-up sector.

"A few friends of mine were buying stores to go point-to-pointing with but I felt that would take too long and that you have to be a bit harder on the horses to get them fit and educated. With the breezers, it's a quicker return and you don't have to be as hard on the horses." 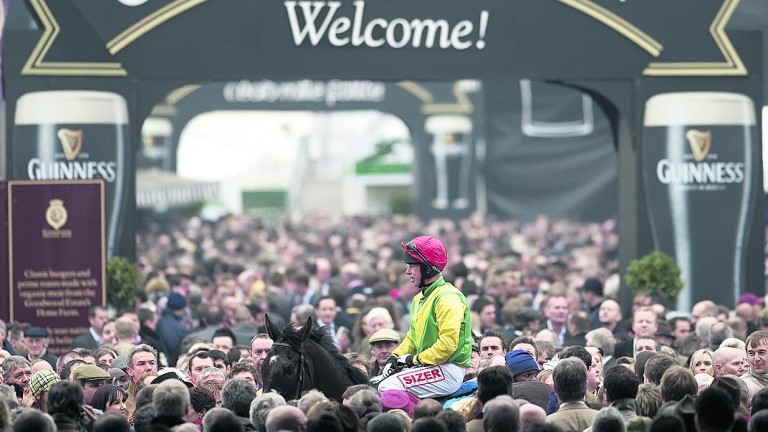 Lynch runs the County Meath-based operation, which also offers breaking and pre-training for Flat and point-to-point horses, alongside his wife Riona, who spent ten years as travelling head lass for Noel Meade.

Although plenty of former jump jockeys have spoken about struggling to replace the thrill of riding winners over obstacles, Lynch, who announced his retirement last December, says the life of a breeze-up consignor comes with its own excitement - and pressures too.

"It's a bit more stressful when it's coming up to the sales," he says. "You don't really get stressed when you're a jockey, that was more for the trainers. But when Steel Bull and Mystery Smiles did so well, I got a great kick out of that. As much - if not a bigger - kick than I would have done riding a big winner because we'd bought them and brought them along.

"We started with one horse five or six years ago and we've just kept building. Now that I'm retired from race riding we've got 15 or so to go to the sales this year so we're concentrating on it a bit more."

Last year proved to be something of a breakthrough campaign for Kilbrew Stables, with the aforementioned Steel Bull, bought by Michael O'Callaghan for £28,000 at Doncaster, landing the Molecomb Stakes, and Mystery Smiles, who returned a tidy pinhooking profit when bought by Alastair Donald for £165,000, winning twice and reaching the frame in the Gimcrack and Sirenia Stakes. 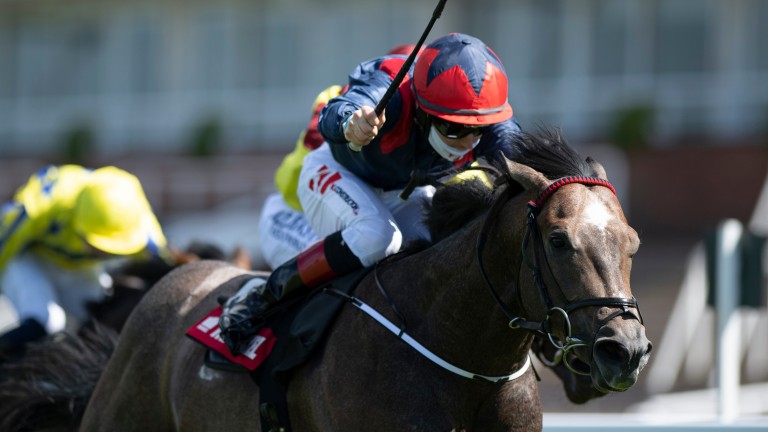 "With Covid-19 and the sales being pushed back it was difficult to see what was going to happen, but we knew we had nice horses and it was great that they've turned out as good as they have," he says of Kilbrew's 2020 graduates.

"Steel Bull always showed a bit, he was a hardy colt, whereas Mystery Smiles was a bit more laid back and the later sales date probably helped him."

Kilbrew's Craven Sale draft comprises a colt by first-season sire Cotai Glory out of the Princess Margaret fourth Jollification, and a filly from the debut crop of Profitable whose dam is a full-sister to Grade 1 winner and influential US sire Tapit.

"I think they're two really nice horses," says Lynch. "The Profitable filly is a big, strong type, she's more like a colt and hopefully she'll go well. We like to buy value, that's why we've plenty by first-season sires. In general I like to buy a nice sharp two-year-old type, but when we're buying yearlings it's all about the individual really. We hope we've a nice bunch again." 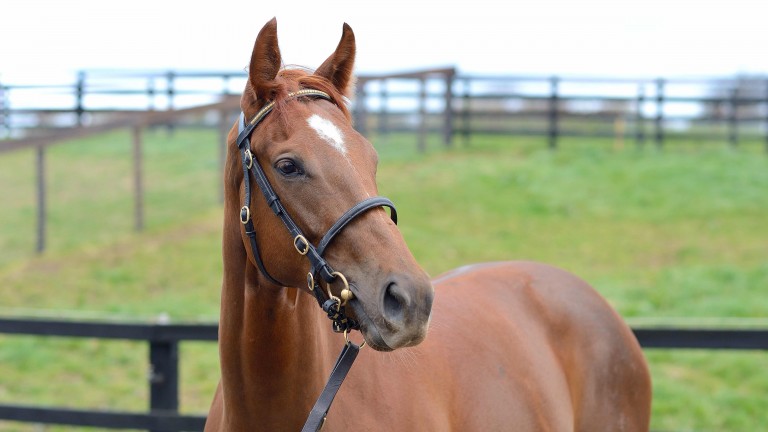 Kilbrew Stables expects to consign six lots at the upcoming Goffs UK Breeze-Up Sale, including colts by Ardad and Ulysses and a filly by Caravaggio. There is also a slight sense of deja vu, as the operation offers a grey son of Clodovil, sire of their star graduate Steel Bull.

"Steel Bull was by Clodovil so we looked at most of his yearlings and this lad caught my eye," says Lynch. "He's probably more of a middle to back-end two-year-old but goes well and he reminds me a bit of Steel Bull."

Lynch also says there are causes for optimism as the breeze-up sales approach, both within and beyond the confines of the racing world.

"With everyone getting vaccinated now hopefully things can start progressing, and with owners getting back racing that might encourage people to get involved at the sales," he says. "You'd like to think the nice horses will still sell well, and hopefully we've got some nice horses."

Pinhookers upping their game in hunt for future breeze-up stars (£)

'Breeze-up graduates are producing the results on a global scale'