From heated lavatory seats to a bemused heavyweight champion boxer 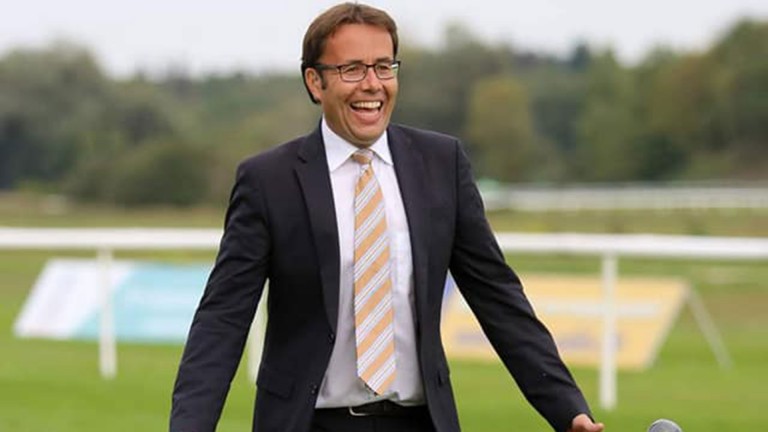 Thorsten Castle is a familiar face on German racecourses
www.smart-photos.de
1 of 1
By Tom Peacock UPDATED 10:05AM, OCT 25 2020

German racing television personality Thorsten Castle, also an auctioneer for the BBAG sales, provides us with the latest on his country's bloodstock industry, along with amusing insight into his more unusual experiences

Do you have a background in horseracing? What brought you into the sport in the first place?

Effectively I grew up with horseracing as my mother was the manager of one of the leading German studs and the breeder of Monsun. Therefore I had the privilege and the good fortune to be raised on a thoroughbred stud and to learn about the different facets of this sport ever since I was a child.

Following my qualification as a radio journalist and presenter I got the job as host at Munich racetrack more than 20 years ago.

Racing Post Bloodstock readers will know you from being an auctioneer at Baden-Baden. How did this come about?

Due to my job at Munich racetrack, and as I was in charge of the sales horses for Gestut Isarland, I came into contact with Axel Donnerstag from Axel Donnerstag Bloodstock, who gave me the chance to sell as an auctioneer at Mulheim for the first time.

Then Harald Schneider asked me to run the sale at Munich-Riem. Subsequently I went to the BBAG at Iffezheim. Under the guidance of Carola Ortlieb and Klaus Eulenberger, I'm very grateful to this day to be part of such a fantastic team. 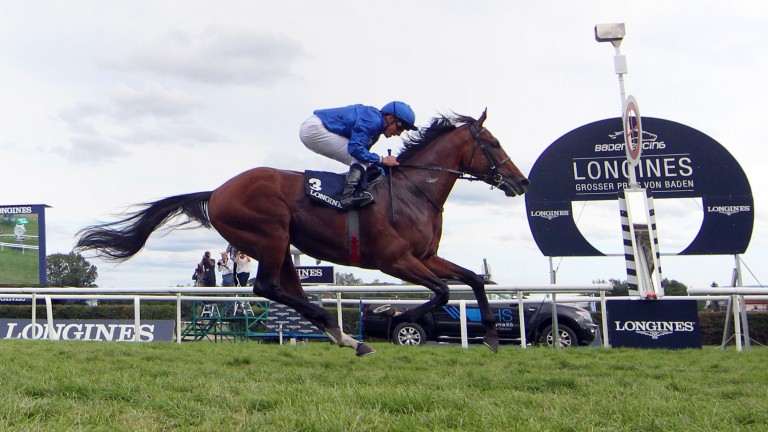 How did you think this year’s BBAG yearling auction went?

At the sales there will always be bright faces and sad faces. Due to the current Covid-19 pandemic we have to view it that we were very lucky we were able to stage the sale as a live in-person auction.

Generally the atmosphere was very good, and breeders and purchasers alike were delighted they were able to meet each other and conduct their business. Against the backdrop of the badly affected international economy, the top prices were certainly pleasing.

In particular it's worth mentioning that the sales record of €820,000 was equalled by the full-sister to Sea The Moon, who was purchased by Dietrich von Boetticher from Lake Starnberg. Personally I think it was very encouraging that some new ownership groups were active. This is the proper course to introduce new people gently to racing and to sole ownership.

Were there any yearlings you sold that particularly impressed you?

I'm impressed by all horses when I have the privilege to sell them! At the 2018 BBAG Yearling Sale I was to sell both the German 1,000 Guineas and German Oaks winner. Two wonderful fillies who I've certainly kept in my mind!

This year the yearlings by Protectionist again looked very well, also some yearlings by The Gurkha and the numerous horses from the German W family by different stallions. The demand for yearlings by Adlerflug was strong. I also look forward to seeing a Brametot colt from the family of Mutamam.

What's the funniest thing you have seen during your time as an auctioneer?

In Germany we have the TV show Versteckte Kamera (Hidden Camera). In this show celebrities are put in an unfamiliar, unexpected or unpleasant position in front of a live camera, and we cheated the heavyweight boxer Axel Schulz.

He was unaware that his friend, who was in the know, was bidding on a yearling filly named Tussi Deluxe (bitch deluxe). When my colleague sold her for €100,000 and congratulated him on the purchase, he turned pale and his first reaction was, 'But I don't have a horsebox to collect the horse!'

German breeding has produced some wonderful horses in the past. How do you think things are in the industry at present?

German breeding is well known for excellent bloodlines. Our breeders and the whole bloodstock industry can take pride in breeding outstanding racehorses again and again, despite the comparatively small number of foals.

Top horses like Protectionist, Danedream, Novellist and many more had, and have, the potential to compete in and win the most prestigious races worldwide. Nevertheless due to Covid-19 and nearly empty racetracks it is currently our job to motivate breeders and owners to continue their investment.

At the same time there is increased interest in German bloodstock, and we can only hope that some top fillies and colts remain in Germany. All in all we can be very proud in the racing industry that Germany was one of the first countries to restart racing after the lockdown.

This was essential for survival. The betting turnover was outstanding from the start, particularly due to private initiatives, and fortunately the international interest in the transmission of German races has vastly increased.

In short, Germany is faced with challenges, but we meet these challenges by putting our heart and soul into the thoroughbreds. And obviously we hope for the continued interest and commitment from other countries. In particular I think of the regular runners from the Godolphin empire and many more.

Who are your favourite interviewees, human or horse?

It was a spontaneous idea to interview our 2019 Horse of the Year, Rubaiyat, and he is well qualified for this job as he is a very relaxed and focused athlete. His pronunciation is sometimes bad, but it worked out... He is the perfect horse to show our numerous new viewers in central Europe why thoroughbreds are so fascinating.

All our human participants and professionals are excellent interviewees and always readily available, but I'm sure everyone will understand that I try to involve the horses as much as possible. It's given me great pleasure to interview champions like Andrasch Starke on horseback. The aim is to have a well-balanced coverage.

You are a host for a number of other events and television programmes. What is the most unusual job you have had?

I began my career immediately after leaving school in 1999 as a presenter on the radio. Since then I have presented more than 2,300 events and numerous television and radio programmes.

Certainly a charity auction for the benefit of Deutsche Krebshilfe (German Cancer Aid) was very unusual. A businessman donated four pallets of heatable lavatory seats for this purpose. This was only outdone by the auction of one of the Maldive Islands.

Do you have a favourite horse or memory from racing?

I don't need to think twice about this: Law Society! To this day he is the most extraordinary horse I have ever met. He spent a large part of his stallion career with great success at Gestut Isarland, and there was always a mutual affection between the two of us.

He was incredibly intelligent, and I miss him badly to this day. His Irish Derby win and the manner of all his wins with pricked ears will always stick in my memory.

We think our three-year-old crop is internationally competitive. Hopefully horses like In Swoop, an excellent second in the Prix de l'Arc de Triomphe, as well as the recent Group 1 winner Torquator Tasso, stay sound and will be a credit to the local breeders and owners. Kaspar is also worth mentioning.

FIRST PUBLISHED 2:30PM, OCT 24 2020
I'm sure everyone will understand that of course I try to involve the horses as much as possible