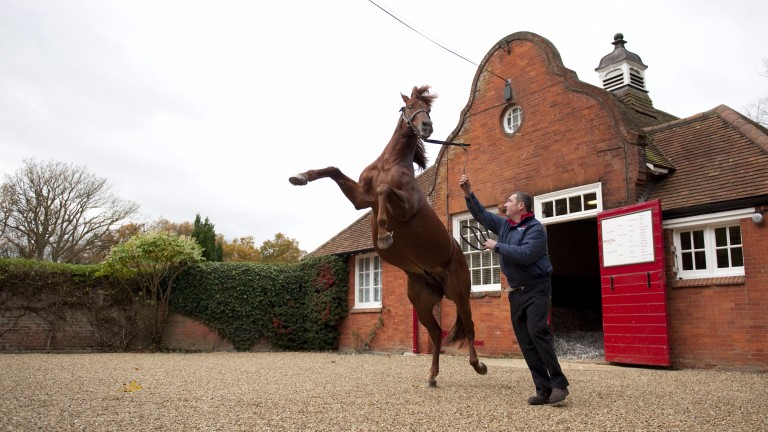 This article was first published in March 2014

Among Sheikh Mohammed's many multi-million pound investments in bloodstock over the last decade there is one that has attracted fewer headlines and column inches than others but, quietly, has been remarkably effective.

That is the sheikh's purchase of a quarter share in Cheveley Park Stud stallion Pivotal just before the yearling sales season in 2005.

Pivotal was bred by Cheveley Park, whose silks he carried to win the Nunthorpe for Sir Mark Prescott in 1996.

The son of Polar Falcon started his stallion career a year later at a fee of £6,000. He was an instant success at stud, with his first crop yielding Kyllachy, who emulated his sire's victory in the Nunthorpe, Golden Apples, a triple Grade 1 winner on the US turf, Silvester Lady, triumphant in the German Oaks, and Red Carpet, runner-up in the Middle Park Stakes, along with smart sprinters Needwood Blade and Ratio.

That autumn, as well as purchasing a 25 per cent of Pivotal, Sheikh Mohammed made another statement of faith in the sire by paying 430,000gns for his yearling son out of the Kingmambo mare Model Queen. 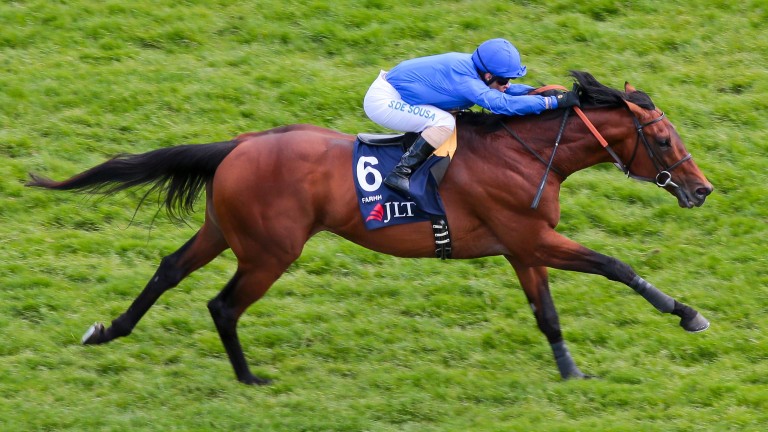 Farhh: another star bred by Godolphin from Pivotal
Mark Cranham

The colt, named Regal Parade, won three races for the sheikh but was sold at the end of his three-year-old season for just 16,000gns to Dandy Nicholls, who later saddled him to win the Haydock Sprint Cup and the Prix Maurice de Gheest.

Despite losing Regal Parade, Sheikh Mohammed has done much better by sending mares from his Darley breeding operation to Pivotal.

Among the Darley mares covered by the sire in 2006, the first season after the quarter share was sold, were the Group 2-placed Danehill mare Bustling and the Listed-placed Gone West mare Blixen.

The following year Bustling produced Buzzword, who carried Godolphin's royal blue silks with distinction when winning the Prix la Rochette and German Derby, while Blixen's mating resulted in African Story, the impressive winner of the Dubai World Cup for Godolphin on Saturday, and Pivotal's 23rd scorer at the highest level.

The Darley-bred crop by Pivotal born in 2008 yielded another Godolphin superstar in the shape of Farhh, winner of the Lockinge and Champion Stakes and a new recruit to Dalham Hall Stud this year, as well as Procrastination, who gained black type by finishing second in a Listed contest at Maisons-Laffitte.

There are no black-type performers among the Darley-bred Pivotals of 2010, although Desert Revolution, Italian, Mulakim and the ill-fated Thouwra showed glimmers of promise when they won races, while Cloverdale, who won a Southwell maiden by five lengths on her debut for Mark Johnston and Sheikh Hamdan bin Mohammed last Wednesday, could be one to follow. 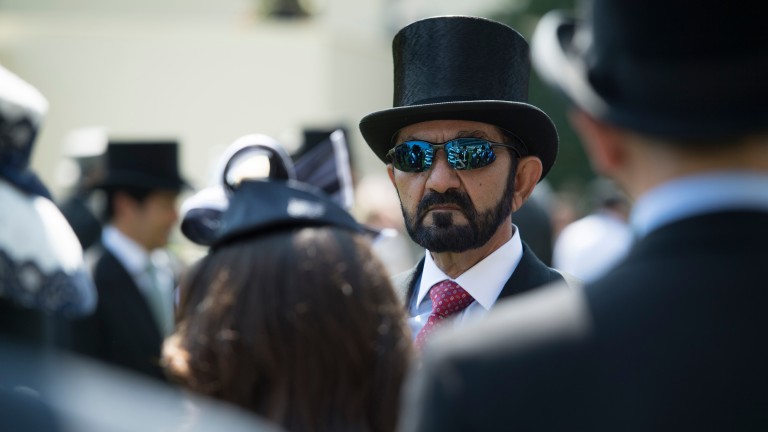 Sheikh Mohammed: most significant investor in bloodstock in the world
Edward Whitaker

No black type yet either for the Darley-bred three-year-olds by Pivotal, although last year's dual-winning two-year-old Tender Emotion, a daughter of Prix Morny winner Silca's Sister trained by Charlie Appleby, might change that, and there are some choicely bred horses yet to have the wraps taken off them.

Among Darley's two-year-olds by Pivotal to look forward to this year are Revolutionist, a half-brother to Group 1 winners Dubai Destination and Librettist in training with Mark Johnston. Johnston also has an unnamed colt out of Yorkshire Oaks heroine Punctilious, while Saeed Bin Suroor has a brother to Farhh called Greatest Glory.

Pivotal has got off to a flyer as a broodmare sire - his first daughters at stud have produced the likes of Lucky Kristale, Mayson and Winsili - and last year one of Sheikh Mohammed's two-year-olds, Majeyda, gave an early indication that his homebred Pivotal mares will be valuable for his breeding operation. The dual Listed winner and May Hill Stakes runner-up is out of Cornwallis Stakes winner Alzerra, whom Darley bred from Pivotal before the deal for the quarter share was completed.

With Darley having produced high-earning horses and stallion prospects such as African Story, Buzzword and Farhh, as well as plenty of exciting broodmare prospects - and with the promise of more of both to come - the part-purchase of Pivotal looks one of the operation's more judicious moves in recent years.

Sheikh Mohammed will be hoping a similar purchase of 26 per cent of Invincible Spirit in 2007 works out nearly as well. The early signs are good: Darley has already bred the useful Figure Of Speech, Lockwood and Tantshi from the Irish National Stud flagship stallion.

Since the article was published, Darley have bred more stakes winners from Pivotal, including the siblings Rosental and Rosa Imperial, as well as Avilius, Dream Child and Racing History. The investment in Invincible Spirit has also paid dividends, as they bred Inns Of Court, Local Time and Territories from him. Darley have also since bought a share in Dark Angel.

FIRST PUBLISHED 6:50PM, FEB 6 2018
The Darley-bred crop by Pivotal born in 2008 yielded another Godolphin superstar in the shape of Farhh