Tornado Twist can cut rivals down to size at the Valley 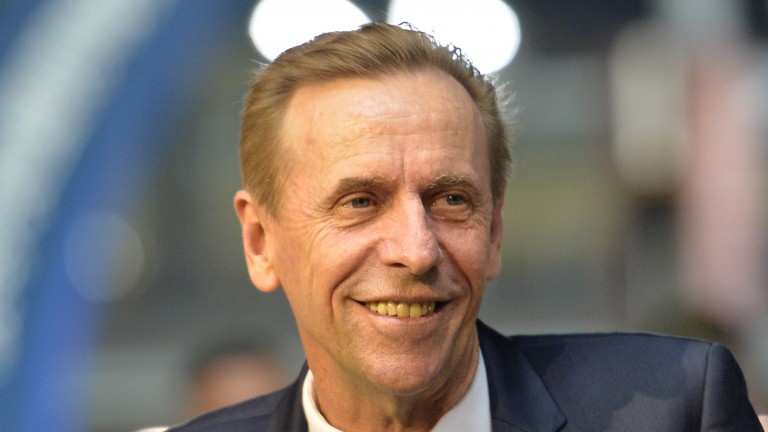 Champion trainer John Size is following his usual pattern, starting the season slowly before building to an early crescendo for the International races in December, so now is the perfect time to latch on to his runners.

Size's handy sprinterTornado Twist (3.50), with Joao Moreira aboard, can step up the tempo in Wednesday’s Class2 6f handicap at Happy Valley, in which he faces the much-touted Yee Cheong Baby, who recently won a barrier trial by 14 and a half lengths.

On paper, this has the makings of a cracking contest, as Moreira can position Tornado Twist in behind from gate 5, while the Zac Purton-ridden Yee Cheong Baby is expected to bounce straight into an early lead from the inside stall.

The conundrum for form followers is that many were putting Yee Cheong Baby’s failure on his last start down to a perceived lack of effectiveness on dirt, but he has since astounded observers by trouncing a decent lot of horses on that surface in the trial. Has he just reached his peak mark in the handicap? Possibly.

Size has saddled only four winners from 52 runners since the start of the season on September 1. To put it in perspective, current leader Danny CS Shum has sent out 13 from 76, but expect those figures to change significantly in the coming weeks.

Speaking of trainers stepping up, Caspar Fownes is basking in the glory of springing the upset of the season when saddling Rise High to win Sunday’s Sha Tin Trophy, inflicting the first defeat on champion Beauty Generation in 18 months.

Considering his great record at the Valley, Fownes should be followedhere, withShamportlooking the best of his seven runners on the card, and he can land the Class4 6f handicap sprint (2.15).

Although heis only one winfrom 19 starts, Shamport has found his level and is a course and distance winner, and he canstrike at decent odds with Chad Schofield in the saddle.

Frankie Lor and Purtoncould alsocombine for a winner with the smartReliable Team (2.45), who will relish his first step up to 1m½f in the Class3 handicap. On his current rating, the wide draw proved too big a challenge last time, but it will be easier here from stall six.