Big-race trends: no getting away from Group 1 class in Champion Stakes 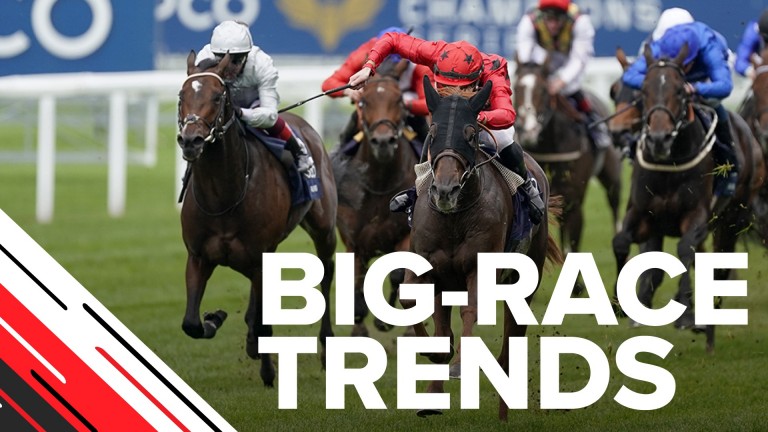 Two winners had yet to score in Group company, but since the race moved to Ascot in 2011 (previously the Jockey Club Cup at Newmarket) six winners had already been successful at Group 1 level.

Six of the last ten winners were trained in Ireland.

Of those who had run at Royal Ascot earlier in the year, four ran in the Diamond Jubilee (7884), two in the Commonwealth Cup (12), two in the Wokingham (16) and one in the Buckingham Palace (0).

Two winners had run at the Arc meeting.

The four winners who had been beaten last time out all contested Group 1s.

Four winners had previously won at the track.

Three winners had recorded their highest RPR within the last 12 months last time out.

Three winners had been placed in a big-field handicap at the track.

'How can you win five races and not pay your training fees? That's a joke' 'We'd love to have more viewers - but we live in the real world' The best since Frankel? Exciting Baaeed has the world at his feet 'There's no reason why he won't go on' - superstar Baaeed set to race in 2022 Fury and frustration but also an abundance of smiles on a vintage Champions Day Aldaary strikes at Ascot again as Jim Crowley completes 229-1 treble