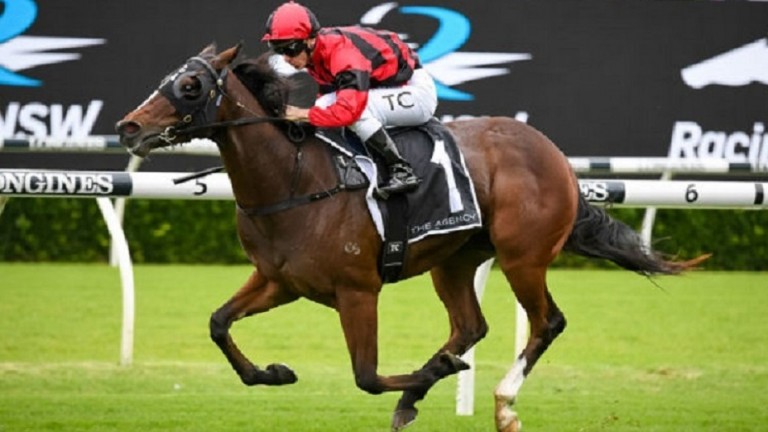 The immediate future of J J Atkins Plate ante-post favourite Converge will become clearer after this weekend’s A$1 million (£550,000/€640,000) two-year-old race at Eagle Farm, but whatever the case Evergreen Stud Farm’s decision to support northern hemisphere champion Frankel has been justified.

Frankel’s son Converge surged to the top of the betting markets for the J J Atkins after a hard-to-miss second in the BRC Sires’ Produce Stakes, a run which confirmed connections would extend the gelding’s first season of racing into the winter months.

Evergreen Stud Farm’s Tony Bott, who manages the bloodstock interests of Hong Kong owner P K Sui, said: “If he can run up to his past couple of runs, obviously he’s in with a big chance. Eagle Farm’s been a bit of, I won’t say a graveyard, but some horses don’t seem to handle it first-up, but he seemed to relish it the other day.

“I talk to [son and co-trainer] Adrian regularly and he’s been up and back a couple of times to see the horse [in Queensland].

“Converge hasn’t had a lot of work since the Sires as he’s pretty fit through recent racing. He’s had one gallop since then I think and they’re just keeping him nice and happy.”

Trained by Gai Waterhouse and Bott, the homebred Converge defied his breeding to win his first start in December before returning in the autumn to finish runner-up in the Group 3 Baillieu and win the Listed Fernhill Handicap.

He rounded out his campaign in the Group 1 ATC Champagne Stakes when third to Captivant at Randwick.

He was then spelled at Evergreen Stud Farm at Heatherbrae, near Newcastle, before a late call was made to target the Queensland Winter Carnival.

Converge, who was ridden by Tim Clark, was held up in the straight last start before getting clear late to make up many lengths to run J J Atkins rival Tiger Of Malay to a head.

Being Hong Kong-owned, the intention was to race him in Asia, but Bott revealed connections remained in a quandary as to whether that was the right option for Converge.

“He’s not a huge horse so, therefore, Hong Kong is maybe a question mark because they carry big weights up there and it is of benefit to be another hand taller,” said Bott.

“However, he is quite solid, so it will depend on how far we think we can stretch him. We will spell him after this run and, if we don’t think he’ll stretch to a mile and a quarter, well, he might go to Hong Kong, but if not we’ll stay here; if he can get that trip then you might be able to dream of races like Cox Plates.”

How Converge came into Evergreen Stud’s bloodstock portfolio is linked to another mare, Princess Coup, a four-time Group 1 winner who resides at the NSW property, and Bott and P K Sui’s admiration for European champion Frankel.

In 2017 Princess Coup, was sent to the UK to be covered by Frankel and, later aware that the mating was going to produce a filly, Bott was on the lookout for a mare in foal to the Juddmonte stallion to southern hemisphere time carrying a colt, which is how Conversely, the dam of Converge, came on the radar.

Bott said: “We were looking for a colt to race by Frankel. We had sent Princess Coup over to go to Frankel and we knew she was carrying a filly and this one [Conversely] was available through Coolmore.

“They had sex-tested it, so we knew there was a high chance that she was carrying the colt, so we did a deal with them and purchased her.

“We sold a Churchill as a weanling following the Frankel and we weren’t quite sure what to do with her [she has an Invader weanling colt and is in foal to Divine Prophet]. 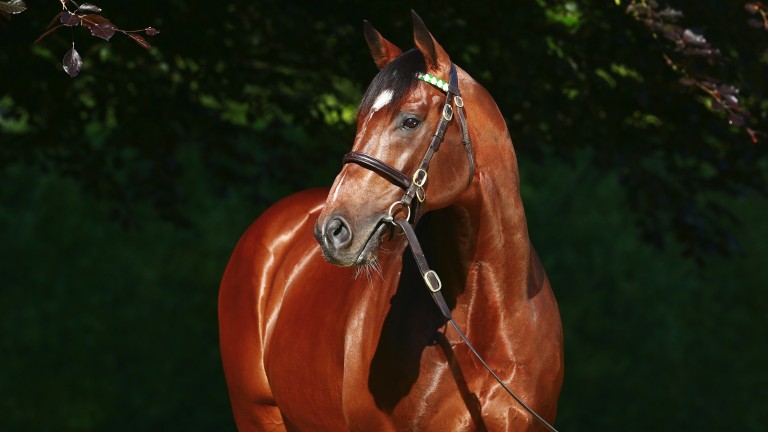 “We were waiting to see what Converge could do before we decided what to do with the mare, and now that he has gone on and lived up to expectations she will be mated up a little bit.”

Converge has certainly lived up to expectations since being broken in.

Bott said: “I think he’s probably one of the only early two-year-old winners by Frankel out here. Most of the others have been later two-year-olds and three-year-olds, so it took us a little bit by surprise that he showed so much dash straight away, but he is a very forward little horse.

“He’s not a huge horse but he uses himself very well. What you see is what you get. He’s very honest and sound all the time, touch wood, and there’s nothing wrong with him at the moment.”

While Converge is on the precipice of a maiden Group 1 win, the Frankel-Princess Coup mating appears well-founded, too, judging by the resulting filly’s performance at Flemington on Saturday.

Named Argentia, the two-year-old was bought by agent James  Harron, who was acting for Fairway Thoroughbreds’ John Camilleri, for A$670,000 at last year’s virtual Inglis Australian Easter Yearling Sale.

She is now trained by Anthony and Sam Freedman and she was able to come from worse than midfield to score by one and three-quarter lengths, defeating Viviane and Invincible Caviar over five and a half furlongs against her own sex.

“The way she is bred, you would expect she’s going to be a mile to mile and a quarter type at a minimum,” Bott said of Argentia on Monday.

“The mother raced up to Caulfield Cup distances and she’s a four-time Group 1 winner, so she’s regally bred. I must admit I was quite impressed the way she put them away over that distance, but there were always huge wraps on her.

“I was listening to [form analyst] Deane Lester on the radio this morning and he rated her the best of the Melbourne two-year-old fillies this year, which is interesting.”

Princess Coup has an I Am Invincible weanling filly who is likely to be offered to the market next year by Evergreen Stud Farm, and she is due to foal to Dundeel in September.

Bott revealed he would need to make mating plans in the next week for Conversely and Princess Coup, in particular, “as time is marching on” ahead of the 2021 breeding season.

I Am Invincible is a possibility for Princess Coup, but the picture is less clear for Conversely.

“We’ve only just finished the round of sales and we were waiting to see what the perception of the marketplace was and also to see what is doing well in the final Group races of the season,” he said of not yet booking the two prized mares in.

“Some of the stallion fees have just been announced and some of the good ones have taken a fair hike from last year, so it is a little bit of a conundrum at this stage.”

FIRST PUBLISHED 2:54PM, JUN 7 2021
I think he’s probably one of the only early two-year-old winners by Frankel out here. Most of the others have been later