Revealed: the star mares Godolphin sent to Galileo in 2018

Super producer Eastern Joy among those who visited the champion sire 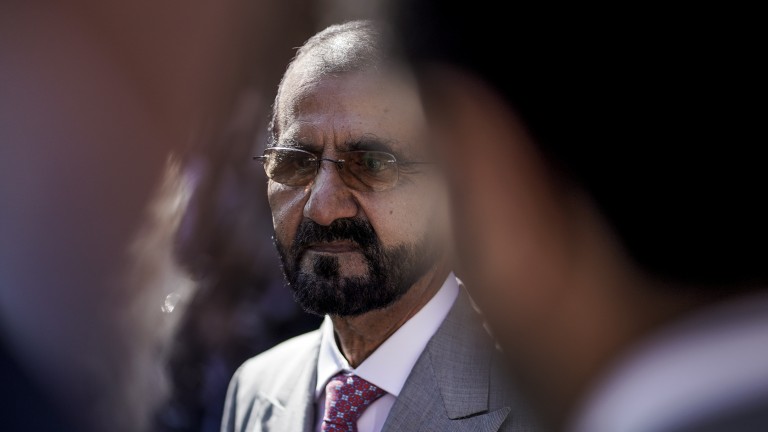 Coolmore sent mares to Godolphin flagbearer Dubawi for the first time this year and the act was reciprocated as Sheikh Mohammed supported the Irish operation's perennial champion sire Galileo with a number of outstanding names including arguably their best proven producer, Eastern Joy.

The identities of the mares sent by Godolphin to Galileo, whose stock they had shunned in the sale ring for more than a decade, after the restoration of good relations between the two superpowers are revealed in stallion returns lodged with Weatherbys and available to view on the administrator's Bloodstock Reports online facility.

The Racing Post last month revealed that Coolmore had utilised Dubawi for some of its very best mares in 2018, including the multiple Group 1 winners Alice Springs and Seventh Heaven as well as Classic heroines Bracelet, Chicquita and Was.

It is now evident that the quality flowed in the opposite direction too.

She has a yearling colt and filly foal by Dubawi, and if in foal will produce a three-parts sibling to First Victory next year after being mated with Galileo, the father of the Oh So Sharp Stakes scorer's sire Teofilo. 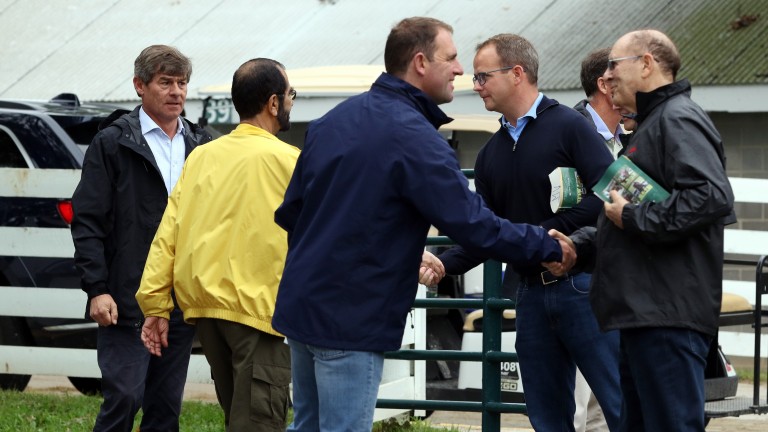 Another Godolphin mare who already has star performers under her belt at stud and went to Galileo this year was Ferdoos, an 11-year-old daughter of Dansili who is the dam of Group 1 Pretty Polly Stakes winner Nezwaah, who is by Dubawi.

The 2011 Oaks winner Dancing Rain, bought by Godolphin for 4,000,000gns at the Tattersalls December Breeding-Stock Sale in 2013, also visited Galileo.

She looks a natural choice for him on paper as her only runner to date, last year's eight-length Newmarket novice stakes winner and Fillies' Mile third Magic Lily, is by Galileo's son New Approach.

Furthermore, the cross of Galileo over Dancing Rain's sire Danehill Dancer has previously come up trumps with Alice Springs, Minding and The Gurkha.

Among Godolphin's younger mares who were covered by Galileo this year were Lucida and Lumiere, both daughters of Shamardal.

Lumiere, who took the Cheveley Park Stakes and was twice runner-up in Group 2 company, also delivered a Dubawi colt as her first foal in January. Her sister Sheikha Reika was the wide-margin winner of the Listed John Musker Fillies' Stakes at Yarmouth on Wednesday.

Galileo was appointed as the first mating for several mares who carried the Godolphin royal blue silks to big-race victories – including two daughters of Dubawi in Prix Saint-Alary winner Sobetsu and Breeders' Cup Filly and Mare Turf victress Wuheida, who landed the Dahlia Stakes by four lengths in May.

Usherette, a dual Group 2-winning daughter of Shamardal who was a close third in the Prix d'Ispahan, is also among their number.

The Group 2-winning sprinter Lady Of The Desert – whose earlier foals, including Lowther Stakes winner Queen Kindly, have been bred under the banner of the Godolphin-affiliated Rabbah Bloodstock – was also among Galileo's book for 2018.

Godolphin's decision to relax their self-imposed embargo on purchasing stock by Coolmore sires at source, which went hand in hand with the move to send mares to Galileo, has quickly been rewarded on the racecourse.

Beyond Reason, a 370,000gns Rabbah Bloodstock purchase by Australia, has won the Group 2 Prix du Calvados for Charlie Appleby, while Art Du Val (by No Nay Never) and Line Of Duty (Galileo) shed their maiden tags impressively for the trainer on their last starts.

Galileo is not the only sire Sheikh Mohammed and/or relatives and associates of the Maktoum family appear to have used this year. For example, Australia covered Irish 1,000 Guineas runner-up and 750,000gns Rabbah Bloodstock broodmare purchase Rehn's Nest, the dam of this month's eye-catching debut winner Global Hero, and Churchill was sent Falmouth Stakes heroine Music Show.

Weatherbys, meanwhile, records Galileo as having received 165 mares in 2018 up to the September 1 deadline for stallion returns with full details of the book, including breeder identities and statistics, published in the Return of Mares later in the year.

The Return of Mares will show the son of Sadler's Wells once again covered a who's who of top-class racemares and accomplished producers, of which Banks Hill, Divine Proportions, Goldikova, Halfway To Heaven, Homecoming Queen, Just The Judge, Legatissimo, Lillie Langtry, Marsha, Mecca's Angel, Red Evie, Sky Lantern, Stellar Wind, Tepin and Tiggy Wiggy are only the tip of the iceberg.

More on the new era for Godolphin and Coolmore relations...

Coolmore success founded on a broodmare band of uncommon excellence