Handler Colin Bowe among those with horses entered 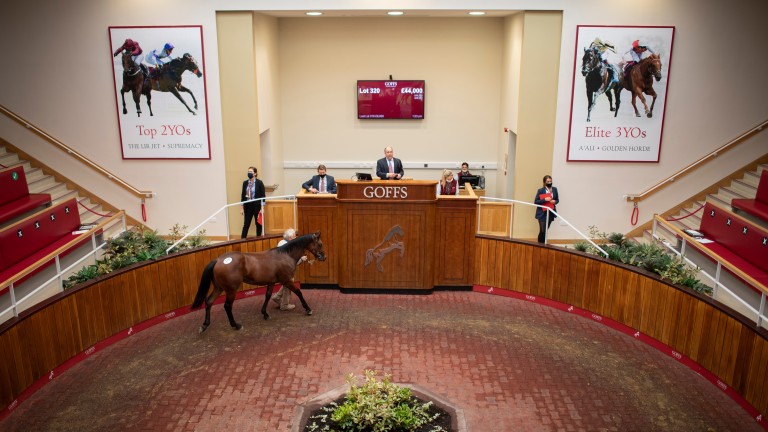 The sale, which will be held in Doncaster on Thursday, October 21, will offer a catalogue of yearlings, horses-in-training and pointers in a single session.

Among the supplementary entries are the Milan mare Bonne Debut (Lot 126), who is out of a half-sister to Rathvinden and won on her point debut for Mark Scallan at Monksgrange, Music Drive (129), an impressive winner of his second appearance for Bowe at Monksgrange, Oldcastle scorer Reddy’s Island (140), and Sweet Auburn (146), who struck at Moira for Bowe.

An additional yearling has also been added to the catalogue, a filly by The Gurkha (43A), who is eligible for the 2022 Goffs UK Premier Yearling Stakes.

Supplementary catalogues will be available at the Doncaster Sales Complex, while the catalogue can be viewed online here.

FIRST PUBLISHED 3:11PM, OCT 15 2021
Among the supplementary entries are the Milan mare Bonne Debut (Lot 126), who is out of a half-sister to Rathvinden