Pretty Polly winner's Dubawi colt was knocked down to Godolphin 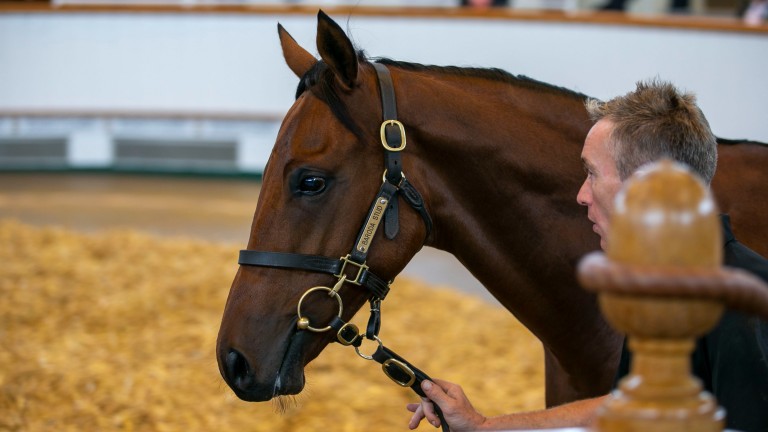 Urban Fox, who has already provided a seminal moment in the thoroughbred life of the Kieswetter family’s Barnane Stud from her time on the racecourse, furthered her contribution in the ring at Tattersalls with one of Wednesday’s seven-figure sales.

Almost five years ago, the mare was a 425,000gns purchase by the sporting South African family to establish Barnane, a County Tipperary offshoot of their breeding operation.

Having been third in the Fillies’ Mile and second in the Fred Darling Stakes for James Tate, on transfer to William Haggas she made her Group 1 breakthrough in the following year’s Pretty Polly Stakes at the Curragh.

The Kieswetters took her to the very best, with lot 272 being the second colt she has produced by Dubawi. Unsurprisingly, it was Godolphin who added him to their shopping list for 1,100,000gns.

Craig Kieswetter, the former international cricketer, was with his father Wayne as he watched the action from outside the auditorium and could not have been more delighted with the result.

"She was a lovely mare, she’s by Foxwedge, so there were a few question marks when we bought her in training, but she was terrific on the racecourse, travelled really well around Europe and won some big races," he said.

"We’re delighted, all the best to Sheikh Mohammed and the Godolphin team, we’re very grateful."

The colt had been prepped and consigned by Baroda Stud in what was a team effort. His two-year-old brother, named Outfoxed, has been retained and is with Haggas. 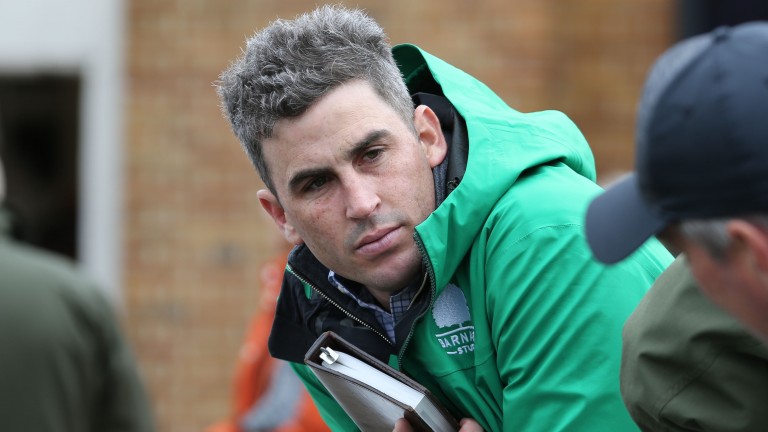 "Obviously Dubawi is a top sire, we all know that, the team at home at Barnane have done a remarkable job, and so have David [Cox] and his team," Kieswetter continued.

"You can do the matings but you’ve also got to get the specimen, so we’re delighted with the result and we’ll certainly be watching him with interest.

"Urban Fox is in foal to Frankel, which is also very exciting, the farm is growing. We’ve got some lovely Frankel and Siyouni fillies to take to the track and a few in Book 2 as well."

Urban Fox was runner-up in the Nassau Stakes and Prix Jean Romanet after winning at the top level at the Curragh, and Kieswetter added: "It’s early days for us but it’s going in the right direction. She holds a very special emotional bond with us with the Pretty Polly, the Nassau and the Jean Romanet, so for us it’s exciting."

FIRST PUBLISHED 3:51PM, OCT 5 2022
You can do the matings but you’ve also got to get the specimen so we’re delighted with the result