Sales News ON THE MONEY 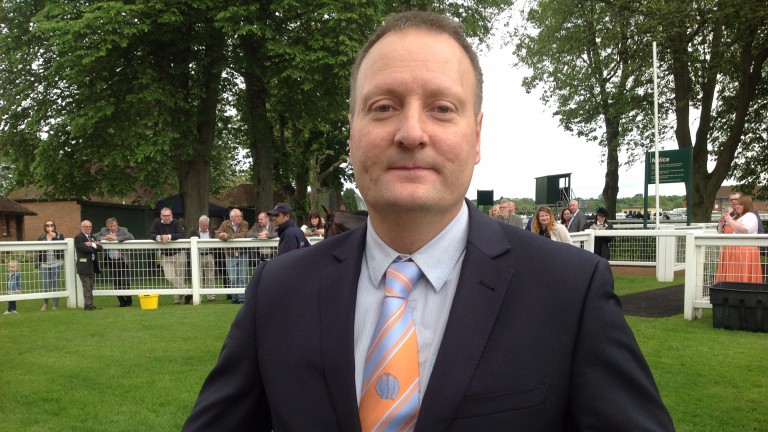 On what is the start of a huge week for Middleham Park Racing with star juvenile The Platinum Queen's Nunthorpe Stakes bid at York on Friday, the team goes into it having acquired an exciting yearling at Arqana.

Director of racing Tim Palin was at the Deauville sales ground on Sunday and went to €150,000 for an Almanzor half-brother to Coronation Stakes and Prix Rothschild winner Watch Me.

It was a timely bit of buying given the Haras d'Etreham sire's Listed success and Group 3 place across the road on Sunday, courtesy of impressive Prix Nureyev winner Lassaut and Prix Minerve second Queen Trezy.

On the decision to buy the Coulonces-consigned colt, Palin said: "We thought he was the nicest Almanzor we saw all week and he's got as strong a page as we've ever bought.

He added: "For all it's a lot of money it's actually quite a sensible spend because he's a half-brother to a Group 1 winner and is by a champion three-year-old - he could be a Derby or French Derby horse, so we just thought even if he's just one notch down from a Group horse and after a few races we could sell him abroad."

Palin and the team will spend the next week deciding on a trainer for the April-born colt, as well as reaching out to syndicate members on potential owners. 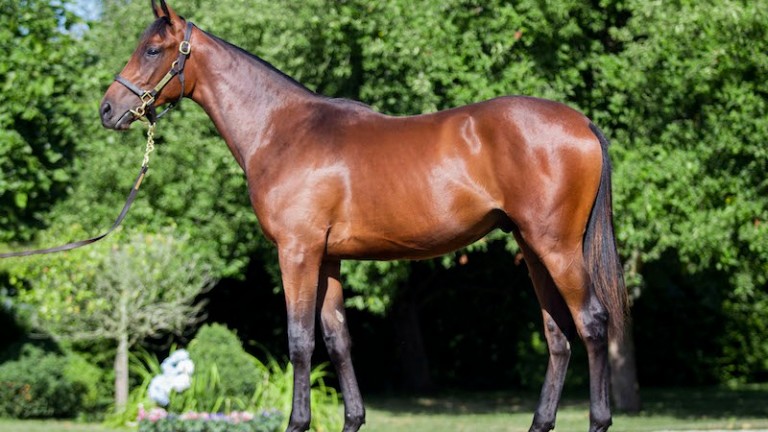 The Almanzor half-brother to Watch Me who sold to Middleham Park Racing for €150,000 at Arqana
Arqana

"He could go to France, he could come to Britain but we haven't got any plans yet, we're just thrilled to have been able to buy him," said Palin. "Most of the horses we've got in Newmarket are middle-distance horses so we've already got quite a few.

"I wouldn't say we're trying to buy more of them [middle-distance horses] but my favourite race is the Arc and I'm probably not going to win it, but if you don't buy that type of horse you definitely won't."

While dreams of Arc glory are for further down the road, Middleham Park can look forward to The Platinum Queen's ambitious tilt at the Nunthorpe, the decision to supplement her for York's showpiece sprint for £40,000 having been made last week.

It is an exciting challenge for Middleham Park and their daughter of Cotai Glory, a filly bred by Tally-Ho Stud and a graduate from the Tattersalls Guineas Breeze-Up Sale in April.

Palin said: "She's one of the most exciting horses we've had but it's going to be a big step up from a conditions race to a Group 1. It was probably the breaking of the course record at Goodwood last month that persuaded us to give it a go."

'That price was over my expectations' - €1.6m Shamardal colt leads way at Arqana

FIRST PUBLISHED 11:31AM, AUG 15 2022
We thought he was the nicest Almanzor we saw all week and he's got as strong a page as we've ever bought