Sales correspondent James Thomas with all the news from Park Paddocks 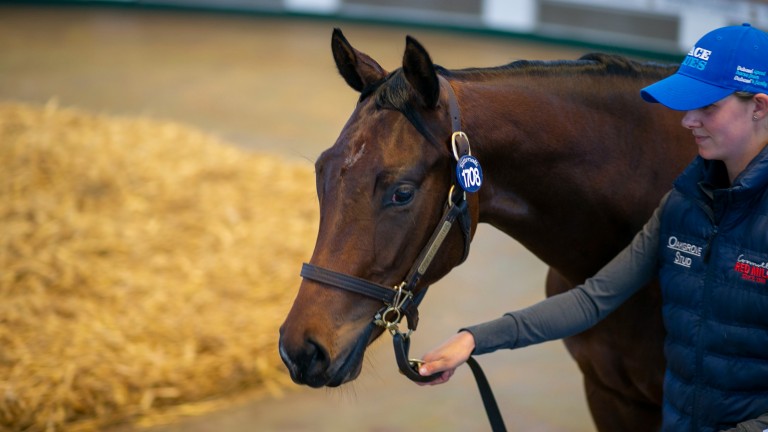 Ten Sovereigns’ progeny were in high demand during the concluding session of Book 3 of the Tattersalls October Yearling Sale in Newmarket on Friday as a pair of fillies by Coolmore’s first-crop sire occupied prominent spots in the market.

The filly out of Oakgrove Stud’s Lady Grace topped proceedings having drawn a bid of 90,000gns from Jo Stone of Rabbah Bloodstock. “She’s for trainer Ismail Mohammed," said Stone. “We’ve been trying all week and last week and really wanted a filly. She’s a really nice type and by a good first-season sire"

The filly boasted one of the session’s most black type-laden pedigrees as her Listed-winning dam has bred two stakes performers and four winners from as many runners. The mare’s second foal is Penmaen, winner of a Hoppegarten Listed contest, while her fifth produce is the two-time scorer Glencadam Glory, who also ran second in the Listed Lingfield Derby Trial. 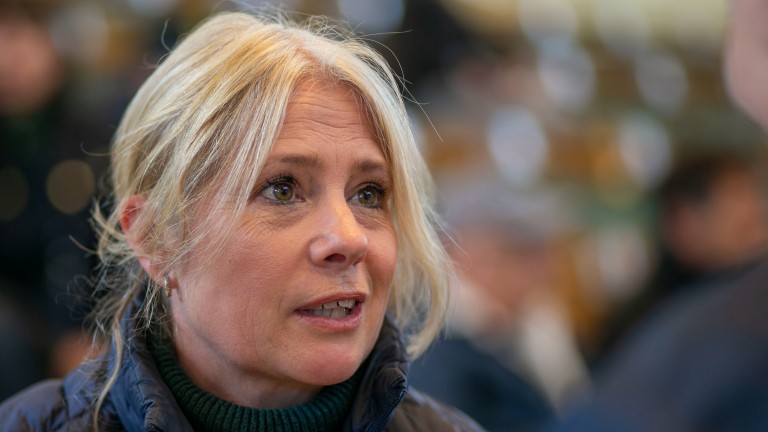 Another daughter, Darling Grace, bred the Grade 3 Wilshire Stakes winner Simply Breathless, while Lady Grace is also a sibling to the Group 3 scorer Gracefully, who in turn produced five stakes performers at paddocks, headed by the Falmouth Stakes-winning Giofra.

“I think it was a good sale and it’s likely that she was a standout on the day,” said Oakgrove’s stud manager David Hilton. “She was very attractive, a good-moving filly with a great temperament, so whilst we’re delighted with the price I’d say she was probably worth it as well.

"I’ve not had a horse that busy in this part of the sale before. We had a queue of people this morning at half past seven waiting to see her!” 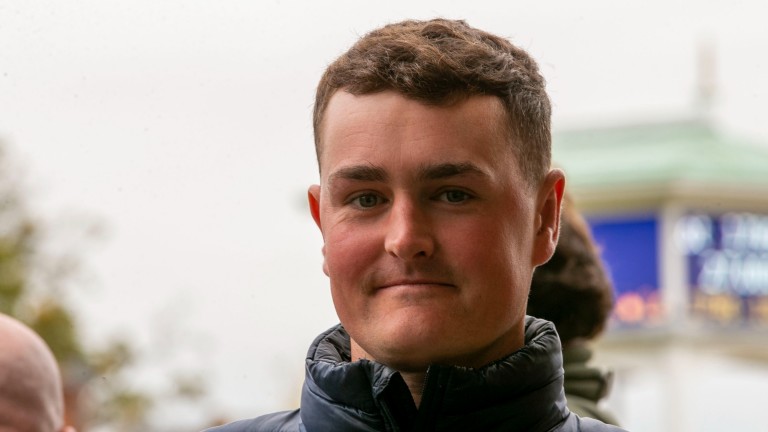 David Hilton: "I’ve not had a horse that busy in this part of the sale before"
Laura Green

Later in the session Amanda Skiffington went to 50,000gns for the Ten Sovereigns filly out of Almoner bred and offered by Deer Forest Stud.

“She’s going to Jane Chapple-Hyam," said the agent. “She’s very athletic, it’s a family I like very much and I have liked the progeny by the sire too.”

The filly is out of a winning Oasis Dream sister to the Listed-winning and multiple Group 2-placed Dux Scholar, while the Group 1-winning siblings Creative Force, who is set to defend his crown in Saturday’s Qipco British Champions Sprint Stakes, and Persuasive, dam of the 1,000,000gns Dubawi colt bought by Godolphin in Book 1, appear beneath the third dam.

Ten Sovereigns won the Middle Park Stakes and July Cup during his time at Ballydoyle and covered his debut book at a fee of €25,000. The son of No Nay Never’s first yearlings have fetched up to €500,000 and, prior to Friday’s session, were averaging €82,171 for 62 sold.

Another lot hit the 90,000gns mark later in the session when Dwayne Woods secured Bearstone Stud’s Aclaim filly out of Epping Rose. The youngster was catalogued as a sibling to one winner in Washington Heights, who bolstered his sibling’s credentials by running a close third in the Listed Redcar Two-Year-Old Trophy last time out.

Woods said: “The mare has had a great catalogue update, the filly is very nice and is the first by Aclaim that I’ve bought. She goes to my brother Sean.” 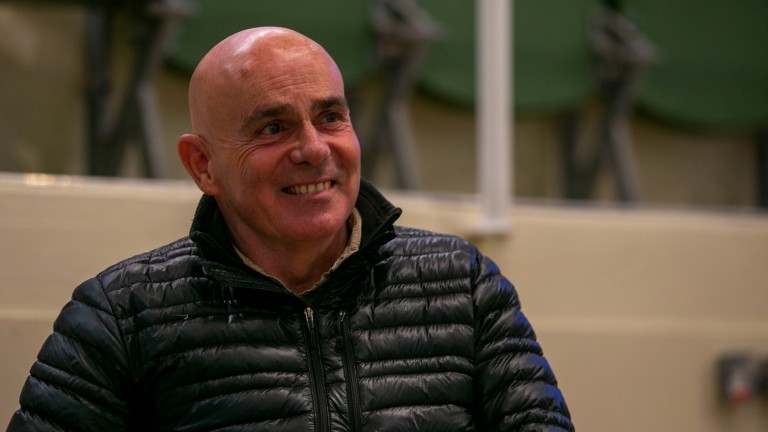 Dwayne Woods: signed for the joint-top lot of the session in the Aclaim filly out of Epping Rose
Laura Green

The unraced Epping Rose is a sibling to three black-type performers, including St Leger runner-up The Last Drop and her full-brother Confidence High, who was second in the Group 3 Amethyst Stakes before transferring to Hong Kong, where he raced as Super Dynamite.

Bearstone’s Terry Holdcroft said: “There was a lot of interest in the filly; the update obviously helped but she’s a very, very nice filly in her own right. She was vetted quite a few times. Aclaim has done very well and [Epping Rose] is a young mare so it’s great.”

Aclaim has enjoyed a banner year with Cachet winning the 1,000 Guineas and another daughter, Royal Aclaim, landing the Listed City Walls Stakes. Having spent the first five seasons of his career at the National Stud, the Group 1-winning son of Acclamation will stand at Manton Park Stud in 2023.

Woods also went to 40,000gns early in the day to land the Golden Horn colt out of Kingslady, a Kingman half-sister to Al Kazeem, from Oakgrove Stud.

There was a sense of deja vu about the third-top lot as Tom Biggs of Blandford Bloodstock went to 77,000gns for the Zoustar filly out of Cockney Dancer, who will now join Tally-Ho Stud’s team of breeze-up horses for 2023.

It was on this day last year that Tally-Ho paid 77,000gns through Hamish Macauley for another daughter of Zoustar, and she turned out to be none other than Lezoo, who was resold to Marc Chan and Andrew Rosen for €110,000 before winning the Group 1 Cheveley Park Stakes. 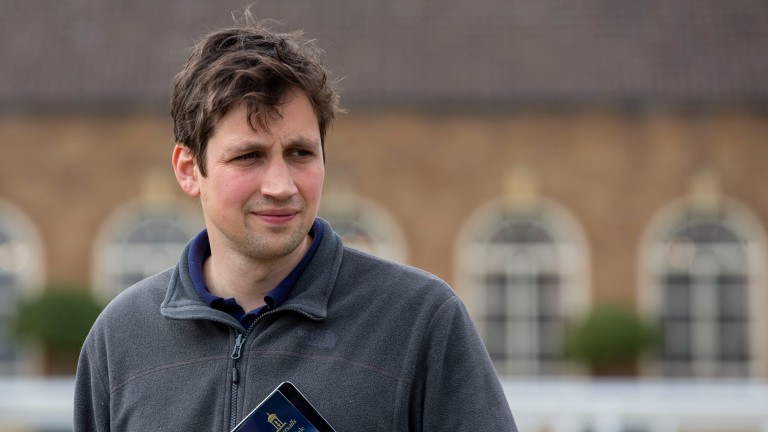 “We’re hoping to repeat the trick of Lezoo," said Biggs. “I told Roger [O’Callaghan] that they paid exactly the same amount to buy Lezoo as a yearling. This filly is from a very fast, precocious family and that seems to be what’s working best with the Zoustars.

“She’s also a half-sister to a pretty decent and precocious horse in Lambeth Walk. Roger hadn’t seen her here but I sent him the video this morning and he was very happy. I’ve been trying to buy him one all sales season but I left it late!" 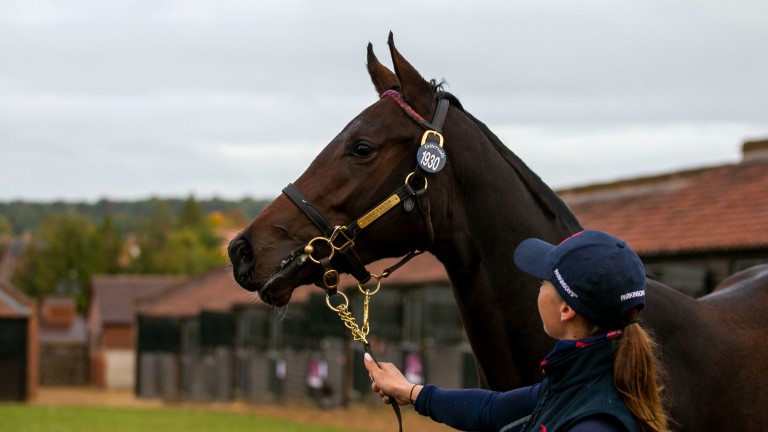 Bred by the Cockney Dancer Partnership and offered by Jamie Railton, the filly is a sibling to three winners including the smart Lambeth Walk, who was runner-up in the Listed Ripon Champion Two-Year-Old Trophy and fourth in the Duchess of Cambridge Stakes.

Ryan steps in to secure Due Diligence colt

With a packed sales schedule to contend with Alex Elliott was among the agents who had already departed Park Paddocks in preparation for a trip to the Arqana October Sale which starts on Monday.

However, his name still appeared on the docket of the Due Diligence half-brother to the Group 3-placed Adaay To Remember as his assistant Lucy Ryan struck a successful bid of 70,000gns to secure the Whitsbury Manor Stud-consigned youngster. 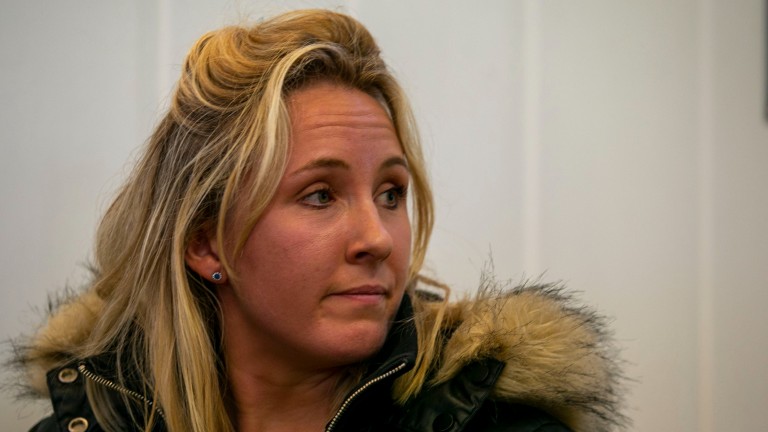 Lucy Ryan: "The trainer gets on well with progeny by the sire"
Laura Green

“Alex saw the colt before he left," said Ryan. “He’s been bought for Atlantic Equine and is going to trainer Clive Cox. The mare has done it already, she’s produced a horse rated 104 and her two-year-old Destined finished second the other week first time out. This is a nice colt and the trainer gets on well with progeny by the sire.”

The colt is out of Cross My Heart, a Sakhee’s Secret half-sister to Stepper Point, who defeated Mecca’s Angel to win the Group 2 Sapphire Stakes, and the Listed-winning sprinter Lady In France. Cox has trained a number of talented types by Due Diligence, including the Sirenia Stakes winner Streamline and the classy sprinter Diligent Harry.

David Hodge of Llety Farms should have a good handle on how to get the best out of Ballyhane Stud’s Soldier's Call as he bred the son of Showcasing in 2016 before selling him to Joe Foley for 85,000gns at the following year’s Book 2.

Another first-crop sire to welcome a big result was Lanwades’ Study Of Man who had a colt consigned by Beechvale Stud go the way of Paddy Twomey at 62,000gns.

The colt, out of a daughter of Galileo and Yorkshire Oaks and Prix Vermeille heroine My Emma, was making his second appearance at public auction having been pinhooked under the name Castle Bloodstock at 31,000gns. The youngster was offered by brother and sister duo Chris and Tara Armstrong, whose operation is based in County Antrim.

“We buy a handful of foals each year and at the time Study Of Man wasn’t on our list,” said Chris Armstrong. “But we were down with the Barton Stud consignment and he stood out as a physical. He has done well at home and has come along through the year.

"He has a great attitude, a good walk and today he stood out a little bit. It’s good to see he is going to a very good hotel."

Armstrong explained that Beechvale was very much a family concern as he and his sister have busy roles in other areas of the racing industry.

He said: “I’m racing secretary for Aidan O'Brien and Tara is with Joseph O'Brien. The farm is near Lisburn in County Antrim and our parents look after the foals when we’re not there. They do them very well and we’re very lucky.”

Just as was the case at Books 1 and 2, the two days of Book 3 of the October Yearling Sale generated record returns right across the board.

The October Yearling Sale concludes on Saturday with Book 4 starting at 9.30am.

FIRST PUBLISHED 8:12PM, OCT 14 2022
We had a queue of people this morning at half past seven waiting to see her!