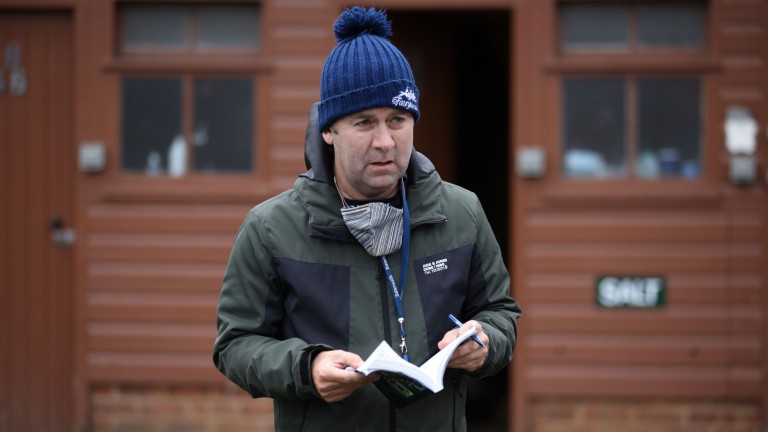 Nick Bradley and his syndicate members have enjoyed a whole host of memorable moments throughout the 2021 campaign, and some of the fillies responsible for those banner results came under the hammer at the Tattersalls December Mares Sale on Tuesday.

The main event was Dandalla, whose finest hours actually came in 2020 when winning the Albany Stakes at Royal Ascot by no less than six lengths, an effort she backed up by landing the Group 2 Duchess Of Cambridge Stakes. She added to her record this year when claiming a Listed contest at Ayr.

An online bidder clashed with Paddy Twomey sat high up in the ring, but, just as he had when securing day one's top lot Crimson Rock at 450,000gns, it was Shingo Hashimoto, representing Katsumi Yoshida's Northern Farm, who won out at 750,000gns.

"She's very good looking and her race results were very good, I was convinced she was pretty fast," said Hashimoto. "We plan to take her back to Japan to breed from, we'll think about which stallion to breed her to and decide later." 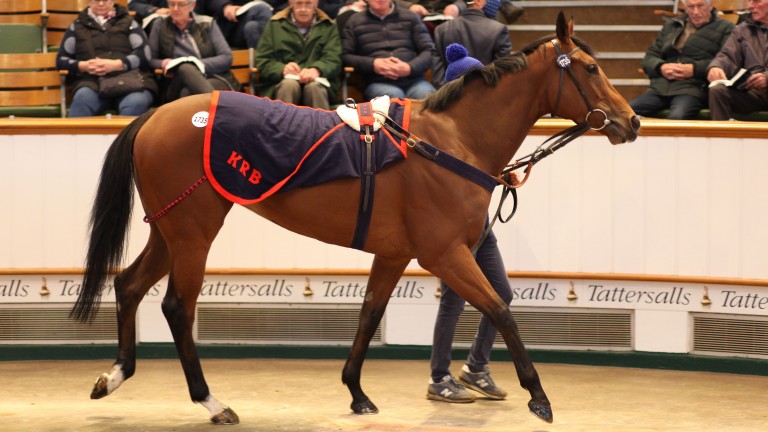 Dandalla in the ring as she was sold to Japanese interests for 750,000gns
Laura Green

Watching on as the daughter of Dandy Man sold was trainer Karl Burke, whose daughter Kelly bought the filly for just €22,000 when she was offered at the Tattersalls Ireland September Yearling Sale.

Recalling the day she bought the Royal Ascot winner, Kelly Burke said: "We followed her through but there was no one else there! We just got lucky. I actually bought Lord Of The Lodge, who's also by Dandy Man and was second in the Gimcrack the year before, so I had a little soft spot for the sire.

I didn't sell a share in her until February though, she was literally the last filly we sold that year. But even from an early stage she bounded up the gallop."

Another of Bradley's colour bearers, the Group 2 Prix du Calvados scorer and 1,000 Guineas third Fev Rover, will continue her racing career in the US after going the way of Lincoln Collins, acting on behalf of owner Tracy Farmer, at 695,000gns.

The daughter of Gutaifan, who was offered by Richard Fahey's Musley Bank Stables, was sourced by Bradley with Howson & Houldsworth at just £20,000 at the Goffs UK Premier Yearling Sale.

"We thought she was the best racing prospect in the sale and she should have plenty of residual value being a Group 2 winner and Classic placed," said Collins' colleague Joe Miller. "She'll go to Mark Casse in Florida and hopefully have a successful four-year-old campaign out there."

Collins, who had to resist some strong-arm tactics after an opening bid of 600,000gns, added: "There are a lot of opportunities for her in America and if she's as good as she was here she'll give connections a lot of fun next year."

Another to be offered by Bradley Racing was Mystery Angel, winner of the Listed Pretty Polly Stakes and a 16-length runner-up to Snowfall in the Oaks. The daughter of Kodi Bear, who was offered by George Boughey's Saffron House Stables, was another to show a mammoth appreciation in value. Having cost Bradley 22,000gns at the Craven Breeze-Up Sale, she was resold to Haruya Yoshida for 500,000gns.

The owner, a brother to Katsumi and Teruya, operates out of Oiwake Farm in Hokkaido.

His representative Yuya Yasuda said: "I like her movement, she has good flexibility, is strong and has a big stride. Her performance is also very appealing, and although she was beaten by Snowfall [in the Oaks] I still thought that was a very commendable effort. She will go back to Japan, but I'm not sure whether she will race on or be bred from." 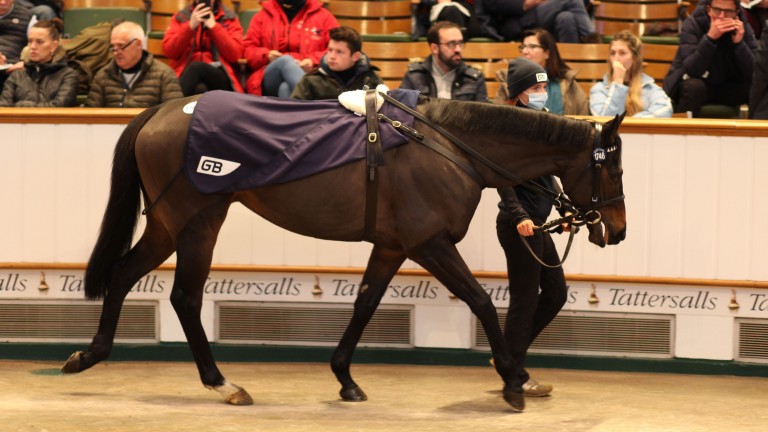 Reflecting on the day's events, Bradley said: "Three fillies that have grossed the best part of 2,000,000gns between them and bought for an average of £20,000 each should give people out there the confidence to get involved. I've studied, worked hard and learned, learned, learned. Every year I get better and now we've had five stakes winners in a year.

"The number of people in the syndicates is always changing, but it is about 500 to 600. We're based in Lincolnshire, where we have a couple of farms, and last week we sold 500,000gns worth of foals that we bred.

"I'd like to think the success this year has been down to more than just luck. We had 30 two-year-olds in training last season and next year we'll have a few more. My ambition is to win Queen Marys, Cheveley Parks, Cherry Hintons and Albany Stakes, races like that, and also the Oaks and Guineas. I've bought 36 yearling fillies this year, and I'll be looking to buy another 15 to 20 horses from January 1 to the end of the breeze-ups.

"In the meantime I've got a house in France and I'm going down there for a month's holiday because I'm absolutely exhausted. It's not rocket science, it's down to learning from mistakes and looking at 150 horses a day and thinking about what goes into making a racehorse. Add in management and training and all those little edges add up."