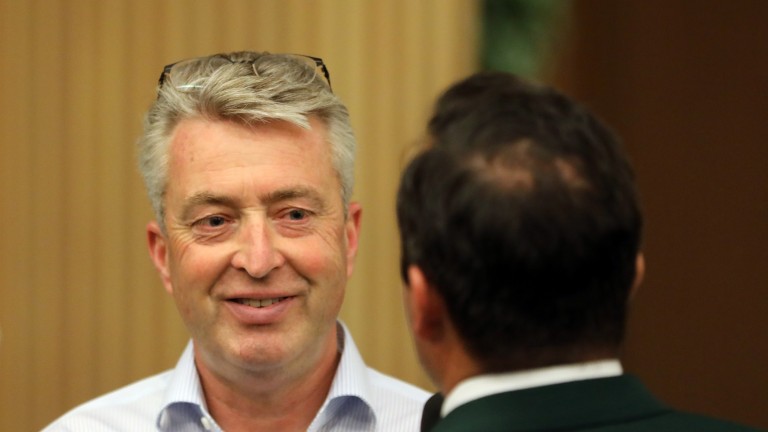 Tony Lacy: "That's what makes us all proud, to see family farms of different sizes"
Keeneland photo
1 of 1
By Lauren Gash of Bloodhorse UPDATED 11:48AM, SEP 17 2021

Book 2 of the Keeneland September Yearling Sale concluded on Thursday, and while it may have come in like a lamb, it went out like a lion. Twenty horses sold for more than $500,000 in the fourth session with gross receipts of $48,801,000 for the 201 yearlings sold.

"Today was again a strong day, finished strong, with some flat spots in the middle," said Tony Lacy, vice-president of sales for the Lexington organisation. "The median is up 48 per cent, and the average is up 37 per cent from last year. We just crossed the $200 million mark for gross sales during the first four sessions. We can't complain about anything that has gone on this week."

It proved to be a banner week for small breeders and consignors who have scored big with horses reaching beyond the million-dollar mark, led by Rosilyn Poland's City Of Light colt, the current sale-topper. He was consigned as hip 612 and sold during session three for $1.7 million to Woodford Racing, Talla Racing and West Point Thoroughbreds.

On Thursday, Farfellow Farms hit it out of the park with their lone offering to the sale, a Street Sense colt consigned as hip 1022 that sold for $1m to BSW/Crow Colts Group. The colt was one of two sold on the day for $1m, along with an Into Mischief colt consigned by breeder Mt Brilliant as hip 874 and purchased by Mike Ryan.

Lacy said: "That's what makes us all proud, to see family farms of different sizes - this is what they do, being very proud of the product they bring to the market. The Knelmans, they have a farm in Paris [Farfellow Farms]; Mt Brilliant Farm, the Goodmans; Rosilyn Poland - such great stories.

"I think that's what gives people a lot of hope, the drug we all live off." 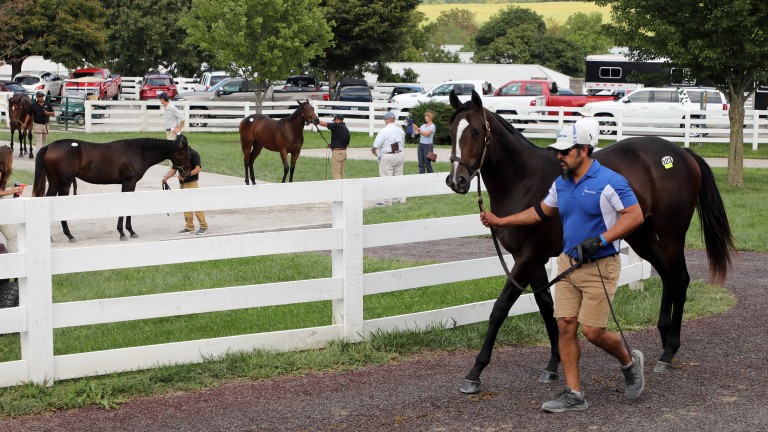 A yearling is led up at Keeneland
Keeneland photo

Cormac Breathnach, director of sales operations for Keeneland, added: "It's rewarding to us, as past consignors. We know how much work goes into it. We take a lot of pride in it."

The reserve not attained (RNA) rate on day four was 30.4 per cent, with 88 horses failing to meet their reserve. Keeneland continues to update its statistics with post-sale purchase prices, which can cause later changes in overall numbers.

"The median is significant; it's the middle ground, what the horses are bringing," said Breathnach. "The sale is keeping pace with the banner year in 2019. The format has been a part of that, and it's rewarding. Today there was so much energy at the very end with the last 75 hips."

The momentum after Books 1 and 2 will lead into Book 3, which starts on Saturday, continuing to carry through the trifecta in sire power, pedigree and physical, Breathnach predicted.

He said: "I think there are a lot of pinhookers who haven't put their hand up yet, and that's an important section of the market when they are pushed into the second week. I think that speaks to the strength of the market."

Consignor Gray Lyster of Ashview Farm, who sold two of his four offerings on Thursday, said of the market: "It seems a little more spotty, for a smaller consignor [like me]. We were crazy busy this morning, probably because of the rain [yesterday]; people are trying to catch up."

Looking forward to the rest of the sale, Lyster is hopeful for his remaining stock off the farm.

"We just shipped in four more colts to sell on Sunday, and we are excited about them," he said. "Everything has to line up, but you are getting paid; I'm a smaller breeder, and if I bring 20 yearlings here, I better get paid on at least three of them and knock it out of the park.

"Because the others are tough, you are either trading dollars, or you're losing your ass. It's all about having those couple of home-run horses that people want to write about." 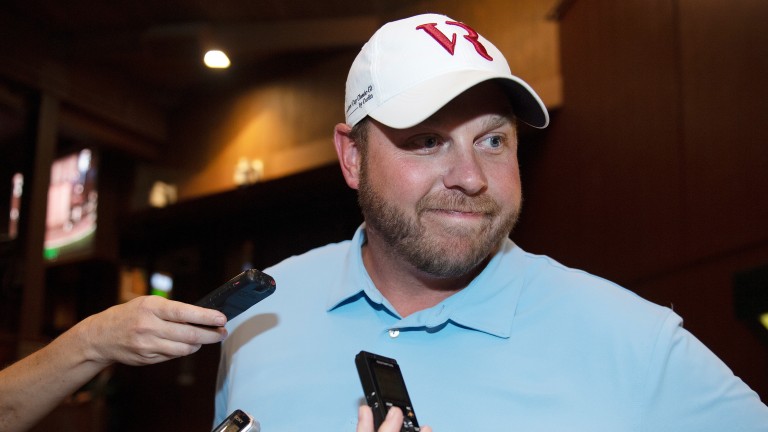 Jacob West of West Bloodstock came out on day four as the leading buyer by gross, spending $2,765,000 for seven horses purchased during the session, followed by Mayberry with four for a total of $2,175,000.

David Ingordo, agent for Mayberry, said: "I think it's very tough to buy a good horse. Anyone who says the game is dead is not looking at the amount of participation out there for horses.

"I think the main thing we can do as an industry is keep producing good horses, because I think there's a lot of demand and interest in our business. I don't think that it's as dead as the media seems to say we are sometimes."

The sale's first four days of action are followed by break, with action resuming on Saturday from at 10am local time (3pm BST) with hips 1098-1510.

Tom Ryan of SF Bloodstock said: "It will be very strong on Saturday, Sunday as well. We've been shut out a ton of times.

"Everybody's very well prepared; they know what they're doing. There are a lot of very top horse people out there selecting horses. We were underbidders on a Good Magic yesterday for $750,000. That gives you the strength of the market for the good ones."