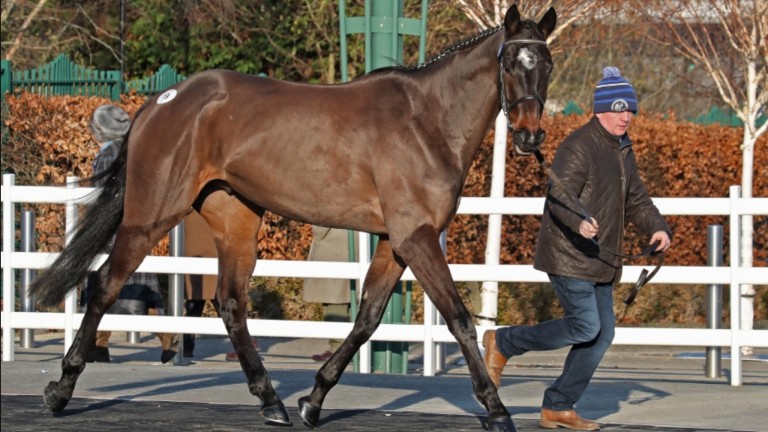 A total of 29 wildcard entries have been added to the catalogue for the Tattersalls Cheltenham December Sale, which takes place in the sales pavilion at the course after racing on Friday.

The latest additions include eyecatchers from the weekend's point-to-point action and bring the number of horses on offer up to 73.

Grade 1 winner Shishkin won a Lingstown maiden before going on to sell at the 2018 Tattersalls Cheltenham December Sale and Matthew Flynn O'Connor's Stay Away Fay made a very favourable impression when easily winning a four-year-old maiden on his debut at that track. The son of Shantou, who is out of an Oscar daughter of the Listed winner Penneyrose Bay, has been added to the catalogue as lot 8.

The Ballycrystal Stables team also offers Deeply Superficial (43), who looked a potential star when successful on her debut in the four-year-old mares' maiden at Lingstown on Sunday. The daughter of Flemensfirth has residual value as a broodmare prospect as she is out of a three-parts sister to Coral Cup winner Diamond King and her second dam is the Listed Prix Finot Hurdle winner Georgia On My Mind.

Kalanisi Star (21) and Rare Edition (25) were first and second home in Sunday's four-year-old maiden at Corbeagh House and both have been supplemented for the sale.

Winner Kalanisi Star comes from Alan Ahern's Knockbally Stables and is out of Zaffaranni, a winner over hurdles and fences who has produced five winners from five runners.

Four lots later is Rare Edition, consigned by Adrian Costello, and he was also fourth on debut to Saint Davy, who sold last week for £270,000. The twice-raced son of Califet is a half-brother to the Grade 2-winning chaser Pencilfulloflead from the family of Grade 1 winner Notre Pere.

Inthepocket (35), by the exciting Blue Bresil, stood out with a fast debut success in division one of the four-year-old maiden at Moig South for Paul Cashman. He is out of Egretta Island, a winning half-sister to The Whisperer.

Tattersalls live bidding will be available for anyone who cannot make it to Cheltenham and buyers are asked to register 48 hours in advance of the sale at https://www.tattersalls.com/livebidding

The full catalogue, including wildcards, is available to view here.