Catalogue of 17 revealed for the Goffs Tingle Creek Sale 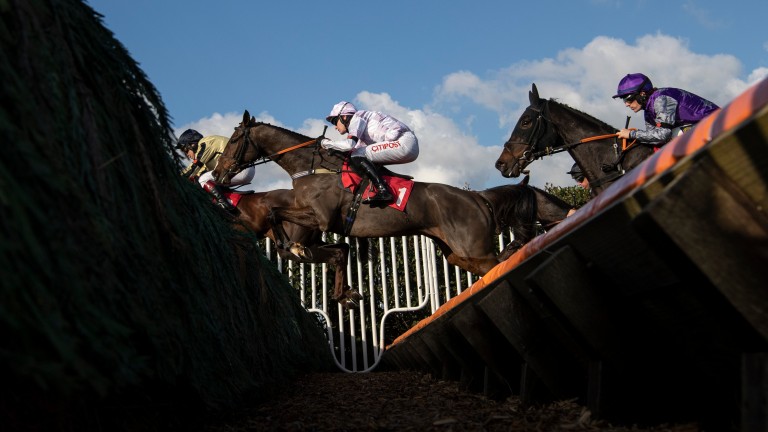 A catalogue of 17 pointers and form horses have been confirmed for the inaugural Goffs Tingle Creek Sale, a boutique sale of point-to-pointers that will take place at Sandown on Saturday.

The sale is held in the winner's enclosure immediately after the last race and catalogues will be available at the racecourse while inspections will take place on the Friday and Saturday.

Following the weekend action, the additional entries included two winners by the up-and-coming Affinisea from the meeting at Lingstown on Sunday. Only By Night was a four-length winner for Garrett Murphy while Brook Bay scored by the same distance on his debut for Donnchadh Doyle, while Colin Bowe's Kayf Tara mare Kayf Hope was on the board on the same card. Other recent winners heading to the ring include

British point-to-point form is represented by Matchadam and Mount Etna, the first and second from a four-year-old maiden at Larkhill over the weekend.

Those already announced included the Doyle-consigned Flash In The Park, a 20-length winner of his most recent point at Knockmullen House. He is out of the unraced Un Desperado mare Mrs Masters and from the family of last weekend's Grade 2 scorer Darrens Hope and the classy Spiritofthegames.

Southoftheborder was a first winner as a trainer for the decorated Derek O’Connor when a debut scorer of his four-year-old maiden at Necarne and will be sold by his Fiddaun Farm. The son of Leading Light hails from the family of Grade 1 Gold Trophy Chase winner Marlborough. Runner-up Mullys Choice has also now been added to the catalogue.

Another well-related sort to be offered is Future Perfect, a daughter of Mount Nelson who struck on her debut at Knockmullen House for Denis Murphy. The four-year-old is out of an unraced Flemensfirth full-sister to Grade 2 Towton Novices' Chase third Ashtown Lad.

Other entries include fellow debut winners The Jukebox Man and Annie K, the former a six-length scorer at Turtulla for Ellen Doyle, while the latter struck by nine lengths at the same track for Gearoid O'Loughlin.

FIRST PUBLISHED 11:57AM, NOV 23 2022
Among the entries is the Monbeg Stables-consigned Flash In The Park, an 20-length winner of his most recent point for Donnchadh Doyle