Nick Bradley was among the buyers from outside France 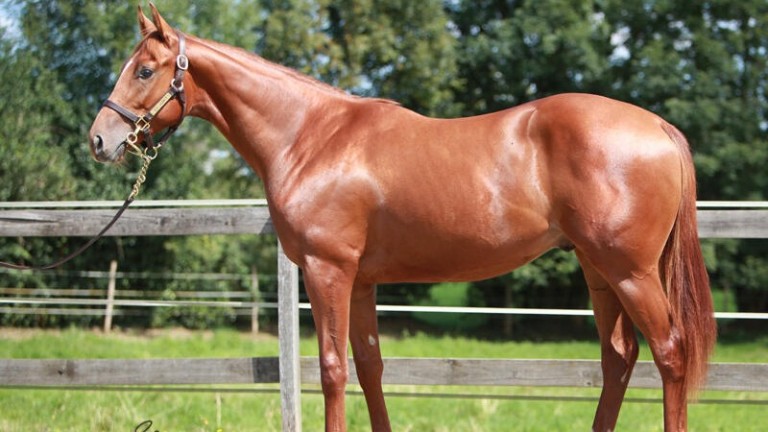 A colt by Almanzor led the way on the opening session of Osarus' keynote yearling sale at La Teste on Tuesday when bought by Mandore International and Jean-Claude Rouget for €50,000 .

Rouget bought and trained the sire himself to become a European champion and, with his first crop starting to appear on the track from his time at Haras d'Etreham, his sales returns remain promising.

This individual, offered through HSV Agency and Haras de Saint Vincent, is a half-brother to Hughie Morrison's four-time scorer Whitehaven out of the Dutch Art mare Passion Blanche, a five times winner herself who hails from Meon Valley Stud's famed Bella Colora line.

Buyers from outside France were in evidence with Nick Bradley snapping up the session's joint-second top lot privately, Haras des Faunes' Born To Sea filly who is a half-sister to the Group 3 Prix du Bois winner Cosachope for €28,000, as well as a filly by Kheleyf from the same vendor for €16,000.

The €28,000 figure tied with the same paid by the Success Bloodstock Agency for a Seahenge colt. Middleham Park also teamed up with Nicolas de Watrigant's Mandore for a €26,000 colt by Haras de Saint Arnoult's young son of Scat Daddy, Seabhac.

Figures appeared some way down on those from the 2019 renewal at the half-way stage, although there is another day of trade to come on the western French coast on Wednesday.

FIRST PUBLISHED 6:46PM, SEP 14 2021
Buyers from outside France were in evidence with Nick Bradley snapping up the session's joint-second top lot privately