Irish Guineas on the agenda for Scott Heider's My Generation 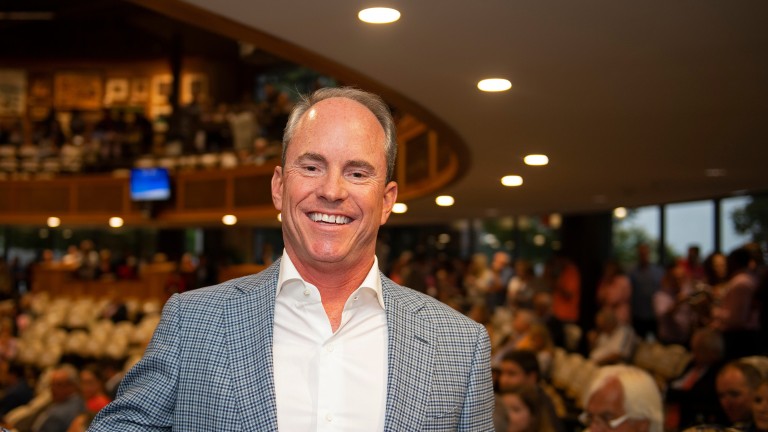 Owner-breeder Scott Heider has the Irish 1,000 Guineas as an objective for My Generation, who achieved notable back-to-back wins for her dam Louvakhova in the Listed Patton Stakes at Dundalk on Friday night.

The daughter of Speightstown, bred by the Heider family and trained by Joseph O'Brien, broke her duck at the second attempt, having finished third over course and distance on February 19. Her Kitten's Joy's half brother Crossfirehurricane took the Patton last year before notching the Group 3 Gallinule Stakes.

"This young lady was entered earlier in the week, and we were looking at our options," Heider told BloodHorse. "She just debuted two weeks ago. Joseph called and said, 'I'd like to take a look at the Patton,' which is the same race her brother won last year.

"Honestly, the plan was to hope she would take a step forward, and we were just thinking if everything worked out we could get her stakes-placed, if we were fortunate. As we got closer to the race and entries were declared, it looked pretty competitive, so we thought, 'Well, she's going to have to take a pretty big step forward, and let's see if we get lucky'."

"In the turn before they came home, a couple of horses came up around her, and it looked like she might have lost a little position, but then when Shane asked her to run, she looked like her brother," he said.

"Joseph commented, 'Did you see how she puts her head down and sticks her neck out and really gets low?' That was her brother's good Galileo-like move. The Galileos put their heads down and low, and that's the determination in them."

My Generation was bred by Cindy and Courtney Heider out of the Maria's Mon mare Louvakhova, who boards at Hill 'n' Dale at Xalapa Farm.

"I texted John Sikura at Hill 'n' Dale and told him to grab a bag of carrots and feed Louvakhova as many as she wants," Heider said. 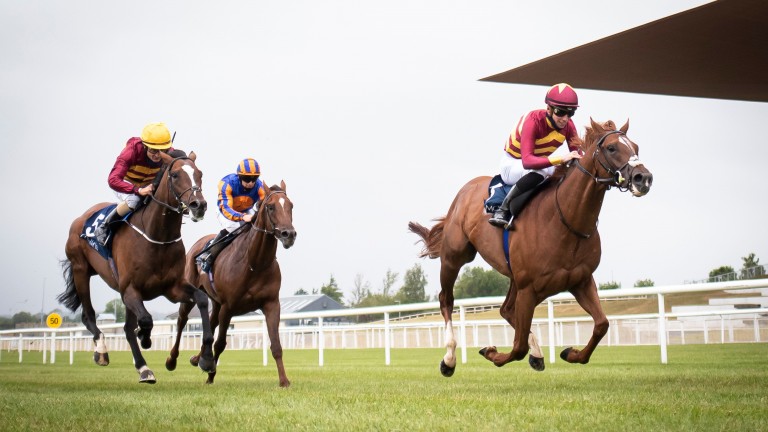 "Where she runs next would be 100 per cent up to young Joseph. I would say that, being a filly, what would be just incredible for us as her breeder would be if she could get on that Guineas path.

"That's the deepest of the deep water over there, and that would be something I've always dreamt about since we started racing over there, to have that prospect. But as far as where she goes and what continent she ends up on, I'll leave that up to Joseph."

Heider added that Crossfirehurricane has returned to the US after signing off in Europe with a below-par effort in the Group 3 Diamond Stakes, also at Dundalk.

"Crossfire we brought back in November to the States; he was at Margaux in Lexington for almost 60 days just getting pampered," Heider said.

"He caught a plane about four weeks ago out to California and now he's under the tutelage of Michael McCarthy; he's training daily out there, and he's going to be a California boy. I have tremendous respect for Michael, and I'm looking forward to seeing his first start in California."

FIRST PUBLISHED 1:37PM, MAR 6 2021
Being a filly, what would be just incredible for us as her breeder would be if she could get on that Guineas path