The new kids on the block: first-season sires who could make their mark in 2020 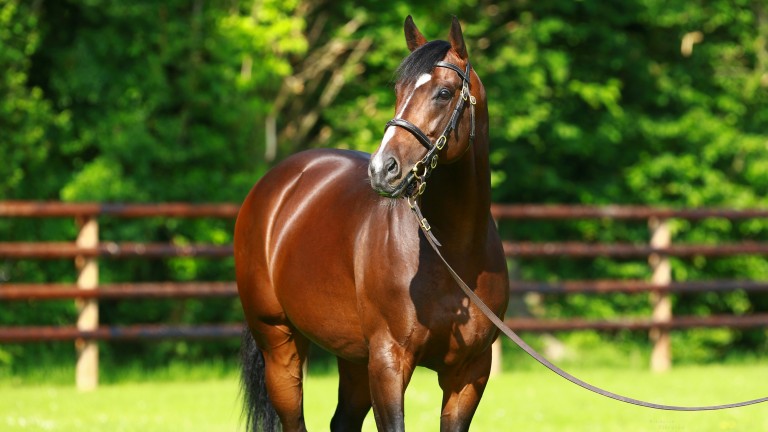 A whole host of two-year-olds will be looking to make a name for themselves in 2020. Many of them will be the offspring of stallions who will be having their first runners in the months to come. The likes of Dubawi and Galileo have stamped their claim as the leading sires in the business, however, each passing year sees a new group of sires looking to muscle in on their business.

In the last couple of years, we have seen a number of first-season sires flourish. Night Of Thunder produced three Group-winning horses in his first season, leading to a rise in stud fees from £15,000 to €25,000 at Kildangan Stud where he now stands. No Nay Never, who stands at Castlehyde Stud, was the leading first-season sire in 2018 in terms of the number of winners and prize-money. He stood for €17,500 in 2017 and is now at Coolmore, demanding a huge €175,000.

This year it is possible that two Al Shaqab Racing sires will be going head to head to be top of the leaderboard, and could see their fees rise in years to come. We've looked into the chances of Mehmas and Shalaa, plus a trio of other first-season sires who could make their mark in 2020.

Unfortunately, Mehmas finished his career having not won a Group 1. However, when looking at who he finished behind, it is perhaps too early to write him off as a leading sire just yet. He lost out to Caravaggio in the Coventry Stakes at Ascot and Churchill in the National Stakes at Curragh.

The son of Acclamation was never out of the first three, with a win over Blue Point at Goodwood arguably being the stand-out performance of his career.

A half-brother to 2019 Richmond Stakes winner and Middle Park runner-up Golden Horde has been the top-seller to date, fetching £260,000 at Goffs in August. Also among Mehmas's first crop is a half-sister to the consistent filly The Mackem Bullet – could she be a sprinter to follow in 2020 and beyond? With 146 foals born to Mehmas in his first crop, he's certainly got the numbers to do well.

Invincible Spirit's best two-year-old performer, Shalaa was the top-rated juvenile in England and France in 2015. He recorded a Timeform rating of 123+ at two, and Group 1 success in the Prix Morny and the Middle Park Stakes, as well as a pair of Group 2 successes, stood him out as a horse going places.

We didn't see the best of him in his three-year-old season due to injury, running just twice before retiring to stallion duties. There have been encouraging signs of his stallion potential, with half of his 60 yearlings sold reaching six-figure prices, selling for up to €600,000. That top price was shelled out for a half-brother to Penglai Pavilion, who was fifth in the 2013 Arc. Another notable offspring we can look forward to seeing on the track is a half-sister to Jean Luc Lagarde winner National Defense.

Standing at Coolmore is one of the fastest winners of the Sussex Stakes, The Gurkha. He was, in fact, faster than Solow, Kingman and both times Frankel won the race. He won the French Guineas by a huge margin and has a crop of two-year-olds with Aidan O'Brien, Joseph O'Brien, John Gosden and Andrew Balding. We should expect big things from him.

By the grand-daddy of them all, Galileo, and out of a half-sister to Arc winner Solemia, there's good reason to expect big things from The Gurkha's offspring. Indeed, five of those who we can expect to see in 2020 have Derby entries for next year. These include a son of Tattersalls Gold Cup third Euphrasia.

A Group 1 winner as a two-year-old, the Dewhurst winner could certainly transfer some of his early promise to his first crop. The son of Lope De Vega has certainly impressed when it comes to the sales ring, with three of his progeny surpassing the £150,000 mark when going under the hammer.

Interestingly four of his nine highest-selling yearlings were out of mares yet to produce a horse to make it on the track; his offspring are obviously catching the eye of buyers. Of the other progeny we could see this year, there is an interesting half-brother to Winter Derby runner-up Court House and a £150,000 yearling out of Vandergirl, an unraced half-sister to 2019 Oaks fourth Manuela De Vega. With Belardo's solid form as a two-year-old and a higher than average number of foals on the ground, he could be a leading contender for the champion first-season sire crown.

Not only did Estidhkaar record two Group 2 wins as a two-year-old, but he's also a half-brother to Group 1 winner Toormore, as well as three other winning two-year-olds. With that record in his close pedigree, you'd be hopeful we could see some precocious Estidkhaar colts and fillies this year.

Standing for the modest fee of £5,000 at Tara Stud, you'd be forgiven for thinking that the son of Dark Angel was being written off as an excellent-class stallion prospect. However, with 104 foals to his name in his first crop, it certainly looks as if the breeders are giving him a chance.

A trio of his first crop sold for more than £100,000 as yearlings, including a colt out of Out Of Time who sold for £140,000 to Roger Varian. While Estidkhaar may not have covered the same level of mares as some of the other first-season sires, he could rack up the wins at a slightly lower level.

FIRST PUBLISHED 4:25PM, APR 27 2020
By the grand-daddy of them all, Galileo, and out of a half-sister to Arc winner Solemia, there's good reason to expect big things from The Gurkha