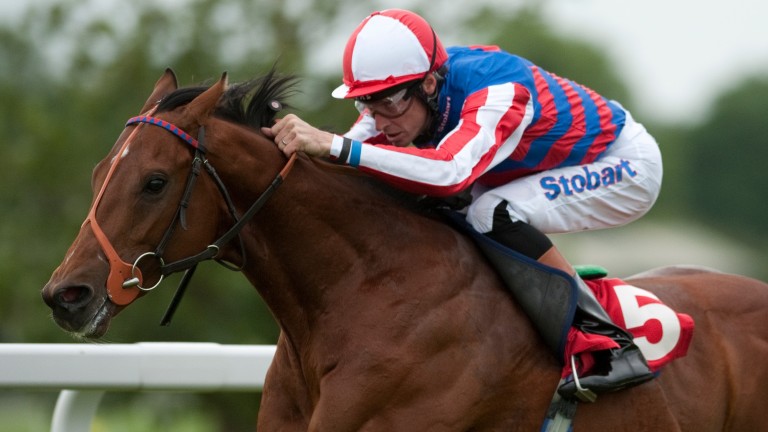 Sir Prancealot: hit a landmark success in Australia on Saturday
Edward Whitaker
1 of 1
By Tim Rowe of ANZ Bloodstock News 11:45AM, JUL 4 2021

Cornerstone Stud’s Sam Hayes was midway through a mandatory two weeks of isolation on his South Australian property when Belle Of Yorkes rattled down the Murray Bridge straight to score a breakthrough win on Saturday.

The neck-margin maiden victory by the Jon O’Connor-trained Belle Of Yorkes, who is by Cornerstone Stud’s first crop shuttler Sir Prancealot, had Hayes out of his lounge chair and got the heart rate up after six days of relative solitude as a result of Western Australia’s snap lockdown, with Hayes having made a trip to Perth to attend an AFL game the previous weekend.

The sire of ten stakes winners in the northern hemisphere, an American Oaks winner among them, while Sir Busker also claimed Royal Ascot success, the South Australian metropolitan-level success was an important milestone for Hayes’ young sire.

While the plaudits have rightly been with the likes of his first season peers Capitalist, Extreme Choice, Flying Artie, Star Turn and Shalaa, among others, Hayes is optimistic about what is to come from Sir Prancealot, a winner of the Flying Childers Stakes in a six-start career, all at two.

“We have committed to this horse and we’ve decided not to make too many comparisons with what is a very good first crop of stallions this year,” Hayes said from his Angaston farm on Sunday.

“You have only to look at his number of runners to know that making an impact this year was going to be hard. He covered his smallest book in his first year. His second, third and fourth books are bigger.

“He covered about 100 mares on average in his next three years after covering only 65 to 70 in his first year. We’ve just focused on what we’ve seen from the Sir Prancealots to date and the feedback we’ve had from trainers.

“The fact is his yearling average went up in his second crop this year, and we believe he is a long-term stallion prospect for us here at Cornerstone.”

With the likes of the Travis Doudle-trained Princess Raffles, who ran third in the Magic Millions Adelaide 2YO Classic and was on the heels of the placegetters in three subsequent South Australian stakes races this season, Hayes believes his southern hemisphere stock can follow the trend of his counterparts in the north. 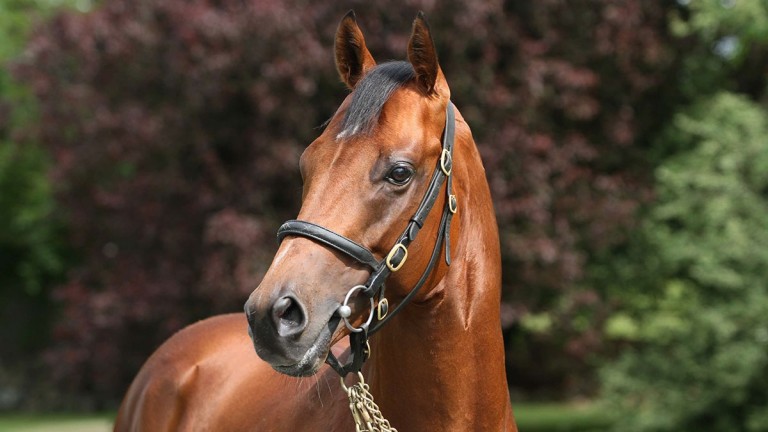 “He had 32 two-year-old winners in Europe in his first crop, which is a huge number, but what warrants precocious horses in Europe doesn’t always translate in Australia,” he said.

“What we’ve seen of his best horses - and he can get a sprinter, no doubt - is it looks like they are good milers, so we can have our cake and eat it, too. They train on as older horses, until they’re five and six, so they’re very durable.

“He doesn’t have as many numbers as those top five sires he’s competing against this year, but we know they’ve proven to be durable and train on and that’s what we’ve got up our sleeve: the confidence of what they’ve done overseas.”

Belle Of Yorkes won over six furlongs and, in the mould of his stock, Hayes thinks she will improve as the distances get longer.

He said: “Trainers are reporting really positive things to us about them. What I was really encouraged by was the style in which she won, much in the same style of his winners in the US.

“They get beaten for speed early and then they hit the line strongly and his Grade 1 winner [Lady Prancealot] is over an Oaks distance, so I think they’ll suit from 1,400 to 1,600 metres-plus.”

FIRST PUBLISHED 11:45AM, JUL 4 2021
Trainers are reporting really positive things to us about them. What I was really encouraged by was the style in which she won