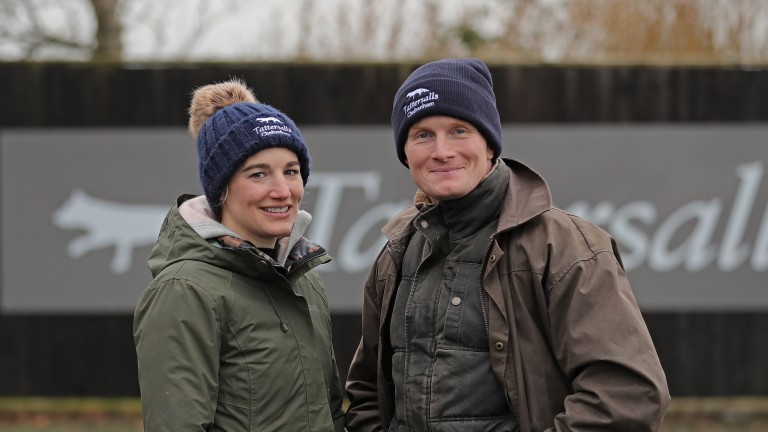 Tattersalls Cheltenham hosts its first auction of the new year on Saturday, with the revamped January Sale affording buyers the chance to source a future star or two shortly after some headline talents of the here and now have tested their credentials during Festival Trials day.

Some 18 lots have been catalogued, including two promising types from the up-and-coming Station Yard academy of Francesca Nimmo and Charlie Poste. The draft could well be the first chapter in what looks set to be a productive 12 months for the couple.

"Year on year we're building and gathering momentum, and this year we have the nicest bunch of young horses we've had," says Poste. "To start the year off with a nice draft at Cheltenham is great for the yard and hopefully bodes well for the future."

The pair's growing string of successful graduates also attests to a bright future, with the likes of Jonjo O'Neill's Garry Clermont, Ben Pauling's One Touch and Olly Murphy's Presence Of Mind all having made decidedly promising starts to their careers under rules after winning between the flags for Nimmo.

And in Third Time Lucki, they may just have a future star flying the flag for Station Yard, after the Dan Skelton-trained runner notched a second impressive bumper success at Huntingdon on Friday.

Their business, which is based near Stratford, not only comprises producing young jumpers through the point-to-point circuit, but also includes breaking and pre-training for some major operations, as well as preparing some more seasoned pointers

"We probably break in 100 horses a year for various yards, including Olly Murphy, Ian Williams and Jonjo O'Neill," says Poste, who co-hosts the Racing Post's fortnightly Racing Riot podcast. "So we've got loads of exciting equine talent in for other people as well as our own. I very much look at the yard as an academy for National Hunt racing, and that's something we're very excited about."

The first of Station Yard's Cheltenham offerings is Freezing Point (Lot 10), a son of St Leger winner Arctic Cosmos out of a half-sister to Grand National hero Earth Summit, who landed a Buckfastleigh maiden on debut on Sunday.

"He's the first four-year-old in Britain and Ireland to win a maiden point this year and he's a horse we bought because we loved him as an athletic model," says Poste. "All the way through he's done nothing but please us. 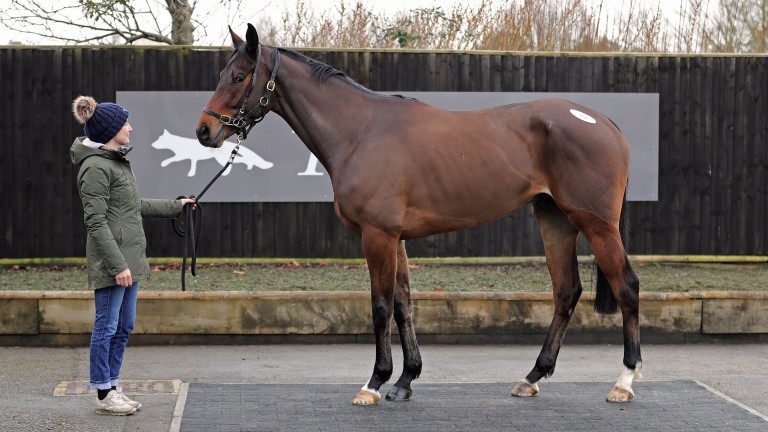 Freezing Point: the Buckfastleigh maiden winner strikes a pose
Debbie Burt
"He's actually a late-May foal and on pedigree he's not bred to be precocious, but he's always been very forward mentally and athletically. I think he won in spite of the dead ground and the stiff nature of the track at Buckfastleigh. I know he only won by a length but I think he did it quite cosily.

"He travelled like he was going to win comfortably then just got a bit green up the hill, but when James King gave him a tap I thought he took off again. I think he's a horse with a big future and it wasn't a surprise that he won on debut."

Station Yard's other offering is Red Buccaneer (19), an imposing son of Black Sam Bellamy who ran a promise-filled second on debut at Larkhill when just touched off by a horse who has franked the form by winning again subsequently.

"Red Buccaneer is a giant of a horse, he must be 17.3 hands, and is still very much a physical frame," says Poste. "He was only just ready for Larkhill from a physical point of view and you probably won't see the best of him for another 18 months. He's the epitome of the embryonic staying chaser." 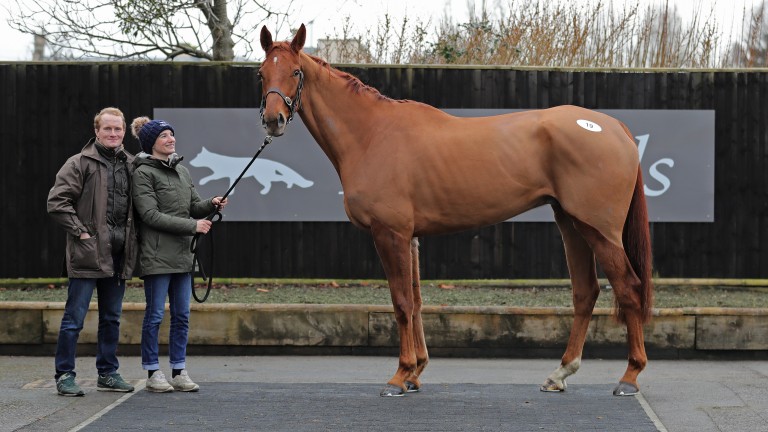 Charlie Poste and Francesca Nimmo with the imposing Red Buccaneer
Debbie Burt
Poste is under no illusion that Red Buccaneer does not fit the profile of a horse who will fetch a blockbuster sum, but feels that anyone willing to show a bit of patience may just land themselves a bargain.

He says: "Red Buccaneer's the sort of horse who could represent trendmous value because he does everything right, he just wants time."

Time is something Poste and Nimmo, who are in their fourth year in business, most definitely have on their side, and the Welsh Grand National-winning rider, who retired from riding last July after nearly 20 years in the saddle, also has a positive forecast for the British pointing scene in the years ahead.

"The Irish pointers are doing phenomenally well, there's no doubt the formula works, but I do feel that British pointers can offer a value alternative. I think with more and more skilled operators training in Britain it's going to give the races more strength, and as the quality improves you'd imagine prices will follow suit." 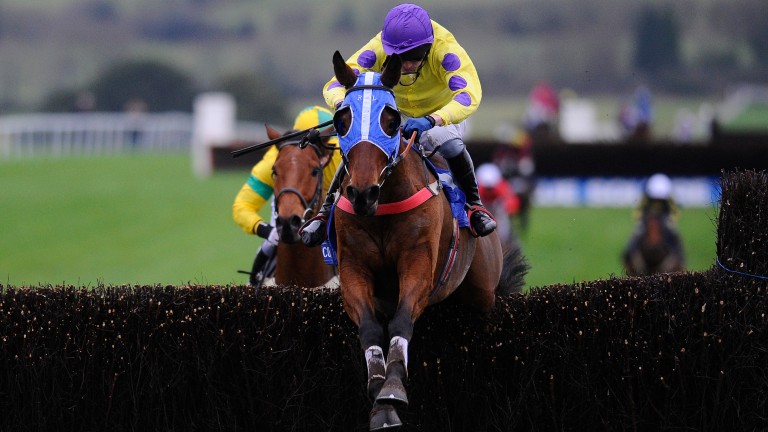 Charlie Poste and Le Beau Bai clear the last to win the Coral Welsh National in 2011
Alan Crowhurst
However, despite a vested interest in British point-to-points taking on a greater commercial emphasis, Poste is firmly of the opinion that the sport's grassroots level should not become too business-orientated.

"The Irish are way better at marketing the results of their graduates than we are because we still have a strong amateur element, which is fantastic and I think that's something we want to preserve," he says.

"As pointing in Britain changes, there's scope to combine a commercial element with young horses alongside the traditional English day out with proper amateur races. But I definitely don't want to see British point-to-points become all about commercial maidens, though.

"I'd love to see those races helping to underpin the rest so we'll still have these wonderful amateur races that'll support the corinthian spirit of people who want to be involved alongside their day jobs."

FIRST PUBLISHED 4:35PM, JAN 24 2020
I very much look at the yard as an academy for National Hunt racing, and that's something we're very excited about