Jersey Stakes winner has returned to France for this season 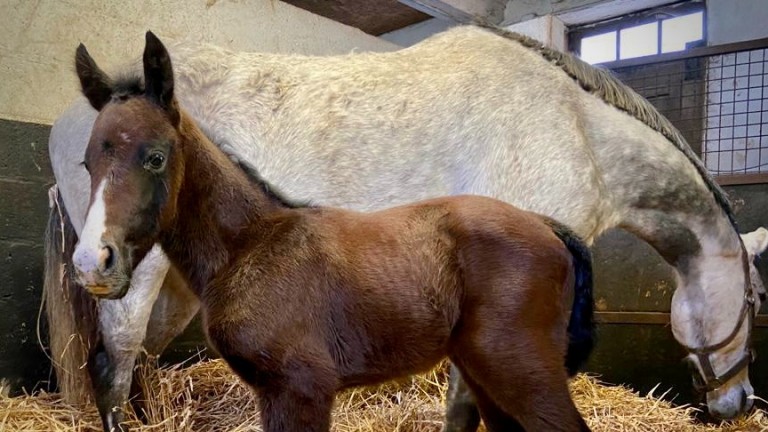 Siyouni's stallion son, who was also a close second in the French Guineas, spent his first season at Overbury Stud but is now at Haras de la Haie Neuve, where will command a fee of €5,000.

More than 90 mares are said to have been booked in for the young sire, who was bought by Ted Voute for his racing owner Prince Faisal at the Arqana breeze-ups. Coolmore's Michael Tabor became a joint owner and Le Brivido spent his five-year-old season with Aidan O'Brien.

His first foal is a bay colt and the first foal out of Espionne, a young and winning George Vancouver mare.

De la Heronniere, who also bred his dam, said: "He's a good, strong foal, with a lovely head. He's very bold and trusting, and exudes power. He looks like he's by Siyouni. Thank you, Le Brivido!'