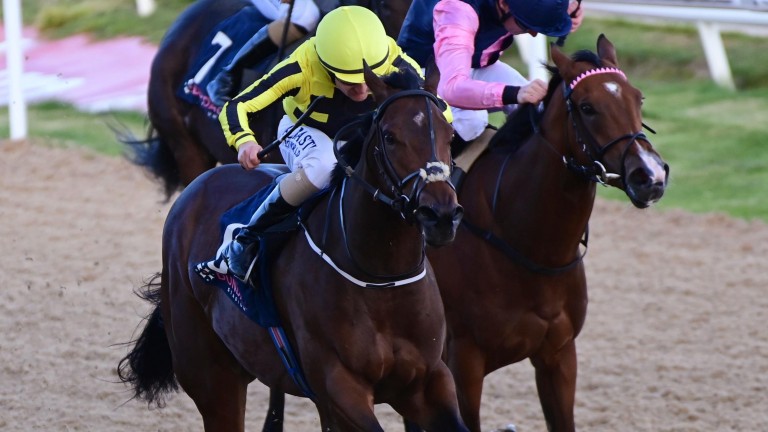 Rathasker Stud has announced its 2023 stallion fees, with Bungle Inthejungle reduced from €8,000 to a very attractive-looking €6,500.

The 12-year-old, sire of Group 1 Nunthorpe Stakes winner Winter Power, has added another two stakes-winning two-year-olds this year in the shape of Manhattan Jungle and Funny Money Honey.

Manhattan Jungle has proved a flagbearer for the Amy Murphy yard, winning her first three races including a Listed contest at Vichy and performing with much credit subsequently. She signed off with a mid-division finish behind Meditate in the Grade 1 Breeders' Cup Juvenile Fillies Turf at Keeneland.

Funny Money Honey has kept her form well through a busy campaign and is also a Listed winner, in her case at Dundalk at the end of September in the Legacy Stakes. She then ran well back at the same track to be third behind Manaccan and Logo Hunter in a Group 3.

Madeline Burns of Rathasker said: "Gregorian is proving himself to be a prolific source of black type and he produces a strong individual with a good walk.

"This was reflected in his yearlings' popularity at the sales, with the highlight at Goffs Orby coming when Ben McElroy and Wesley Ward purchased one of his daughters for €130,000."

She added: "Coulsty caught the attention of a host of leading breeders in 2022 and covered over 150 mares.

"As a young Group 1-producing son of Kodiac, the future looks bright."