Zabbie is the winning word for Boardsmill Stud's Poet at Doncaster

King George hero has been represented by just two runners 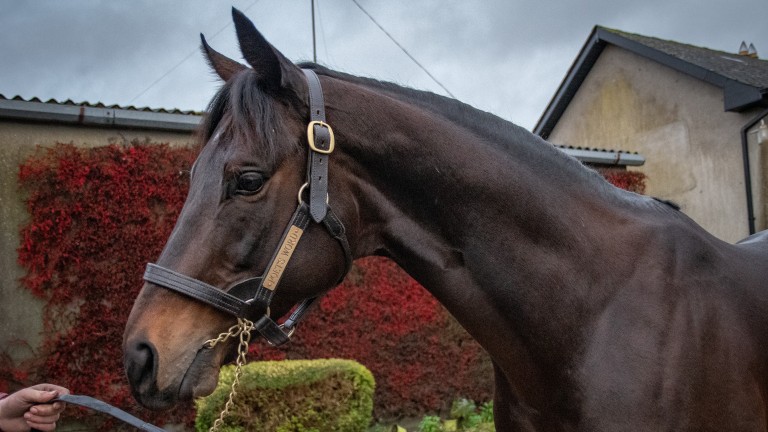 King George and Prince of Wales's Stakes hero Poet's Word is off the mark as a stallion following the success of daughter Zabbie in the nursery at Doncaster on Thursday night.

The Richard Hannon-trained two-year-old had been placed on each of her first three starts and appeared to relish the step up in trip to seven furlongs at Town Moor, fending off the late challenge from previous winner X J Rascal in the final furlong.

Zabbie was bred by Robin Blunt, who races her in partnership with Jonathan Palmer-Brown, and is the seventh winner from as many runners out of the winning Invincible Spirit mare Barnezet.

She is the dam of Robjon, by Mukhadram, who was third to Masekela and Bayside Boy in the Listed Denford Stakes last season, Listed Star Stakes second Ajrar, and Listed Queensferry Stakes, Prix Yacowlef and UAE 1,000 Guineas third Rajar.

Her latest winner is one of just two runners from the first crop of Poet's Word, a grandson of Dubawi, which were conceived from his sole season at Shadwell's Nunnery Stud in Norfolk.

The dual Group 1 winner, who was placed three more times at the highest level, had just 21 juveniles registered from that initial crop before he was acquired by the Flood family's Boardsmill Stud, outside Trim, County Meath, where he stands as a National Hunt stallion and has been an instant success with breeders.

His first Irish-bred crop numbers 182 foals and he covered 229 mares in his second season at Boardsmill.

Poet's Word was bred by Woodcote Stud and sold for 300,000gns to Charlie Gordon-Watson at Tattersalls October Book 2. Trained by Sir Michael Stoute for Saeed Suhail, owner of this year's Derby hero Desert Crown, the son of Poet's Voice won seven of his 17 starts and was placed on seven more occasions.

In addition to his pair of Group 1 victories at five, Poet's Word also won the Glorious Stakes and Brigadier Gerard Stakes, both Group 3 contests.

FIRST PUBLISHED 1:23PM, AUG 5 2022
Her latest winner is one of just two runners from the first crop of Poet's Word

'I’d love to reveal more but what happens in Deauville stays in Deauville' 'Logical? I don't think so. Confusing? Very much so' - jumps Pattern upheaval Economist: breeding decline tied to wagering decline 'It’s a very emotional moment' - Sottsass sibling brings €2.1 million at Arqana Pastorius gains first top-flight winner as daughter Dalika battles for Beverly D Eyes down for the next Desert Crown or State Of Rest as Book 2 entries unveiled