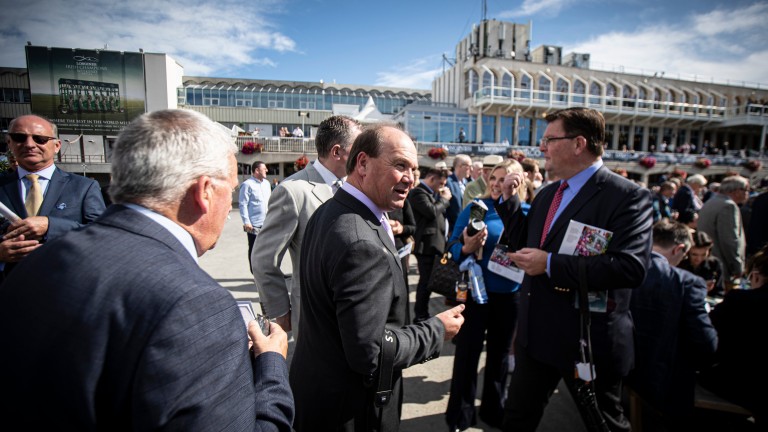 Two of the five lots on offer at the Goffs Champions Sale held before racing at Leopardstown on Saturday changed hands, with smart handicapper War Diary topping the bill at €200,000.

The event was the opening act of one of Ireland’s most exciting sporting weekends ever, which encompasses the on-track action for Longines Irish Champions Weekend and the hugely-anticipated All-Ireland Football Final replay.

The first horse into the ring, the four-year-old Declaration Of War gelding War Diary, was consigned by trainer John Murphy from his Highfort Stables.

Trainer Michael Halford, whose Tyros Stakes third Zarzyni was the second lot in the ring and unsold at €260,000, brought the hammer down with a bid of €200,000.

Halford reported that War Diary had been bought for Paul Rooney, for whom he sent out Certerach to win the Dubai Gold Cup, with the aim for the latest purchase to turn into another Dubai Carnival horse. Whether he will run on Sunday will be discussed with the new owner.

Halford and Rooney also team up with Katiymann, who is set to be partnered by Paul Carberry in the Pat Smullen Champions Race For Cancer Trials Ireland at the Curragh on Sunday.

War Diary was bred by the late Duke of Roxburghe's Floors Farming out of the Montjeu mare Titivation, which makes him a half-brother to the Listed Floodlit Stakes winner and Group 2 third Titi Makfi. Their dam is a half-sister to the duke's brilliant racemare Attraction. 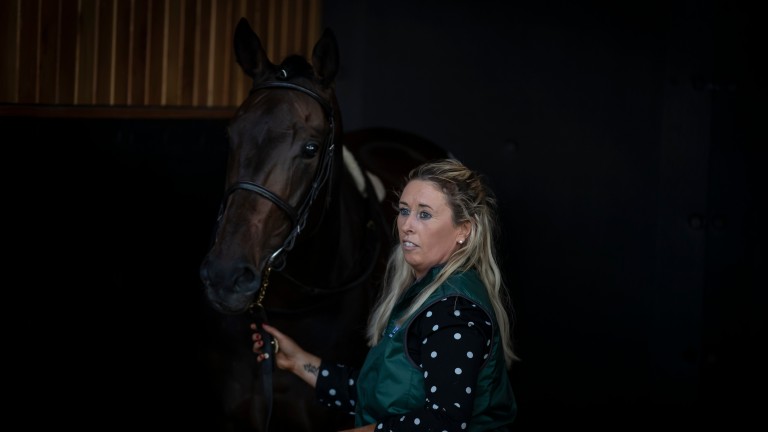 War Diary: smart handicapper is out of a half-sister to the great Attraction
Patrick McCann

Think Big won over five furlongs at Down Royal in July and was fourth in the Listed Roses Stakes at York on his most recent start.

He will find himself on a plane to Qatar after his purchase for €100,000 by Will Douglass of Charlie Gordon-Watson Bloodstock.

“He has solid form and it’s not often you get the opportunity to buy a horse with that level of form for €100,000,” commented Douglass.

“He has a crystal clear vet report and this sale is at an ideal time for Qatari buyers as he'll be out there in three weeks and their season doesn’t start until the end of October. Horses like him are hard to buy so I’m very pleased to have got him.”

Think Big is out of Avenue Montaigne, a winner at two and third in the Listed Tipperary Stakes. He is the first runner produced by the daughter of Showcasing, who hails from the family of Grade 2 winner and multiple Grade 1-placed Key Dancer and her full-sister Key Flyer. 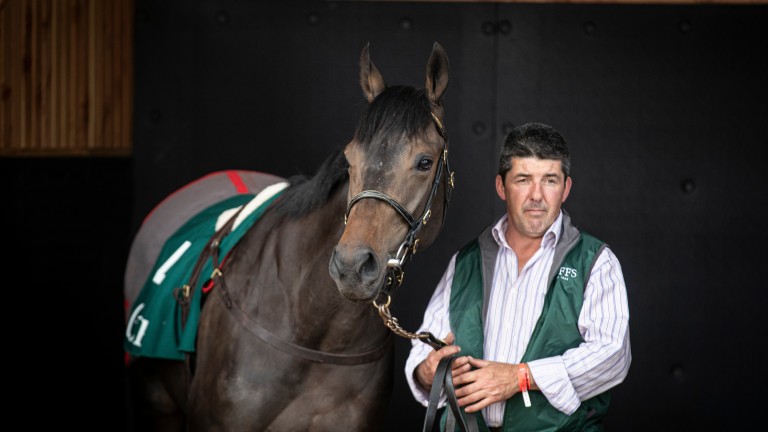 War Diary and Think Big were the only two of the five horses offered to meet or exceed the valuations of connections on the day, despite bidding for the other three reaching significant six-figure sums.

Goffs chief executive Henry Beeby said after the sale: “The Champions Sale is set up to give a unique opportunity to owners of quality Flat horses, to showcase their horses in front of an international audience.

"We judge our Flat boutique sales by different standards in that vendors are delighted if they sell for a good price, but equally are not overly disappointed if they do not sell.

"That was very much the case today; the two who did sell sold very well and the three who did not will race on for their existing connections and we wish them all well.

"The Goffs Champions Sale provides Goffs with another showcase on the international stage and has a bright future.”

FIRST PUBLISHED 3:03PM, SEP 14 2019
The two who did sell sold very well and the three who did not will race on for their existing connections and we wish them all well