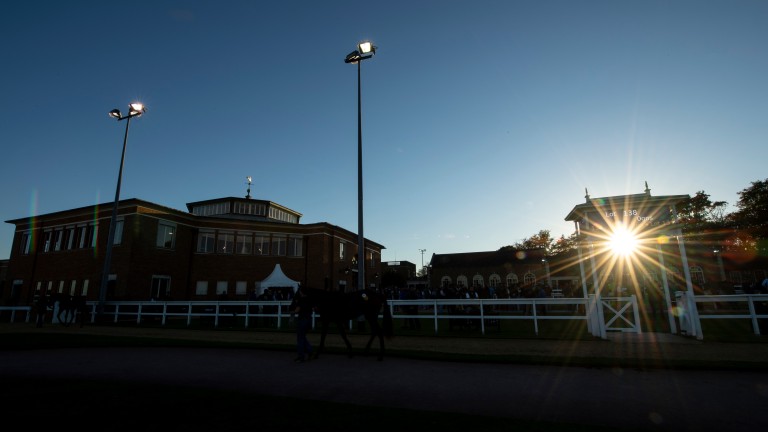 As the curtain comes down upon another sales season, it’s an appropriate time to consider the health of the British breeding industry and the issues it faces.

The Thoroughbred Breeders’ Association pre-empted this in July by publishing a second Economic Impact Study, which was commissioned from PWC and looked in depth at the state of the industry, its importance in sustaining the British racing programme and the financial contribution it makes to UK plc.

The study posted some alarming facts. Most starkly, 66 per cent of all British breeders lose money, up from 44 per cent four years ago. Furthermore, eight per cent of breeders had left the industry for good in the last four years, while a miserly overall return upon capital of two per cent is doing nothing to encourage new entrants and investment in the industry.

The 'factories' are closing, with stud farms being sold and not being returned to thoroughbred breeding.

Some have asked why the TBA – with support from the Levy Board and the Racing Foundation – would invest in such a report. Putting it quite simply, we cannot argue for the support and change that is required to rebuild a robust and sustainable industry without the independently audited facts.

This year’s sales have further underlined how financially fragile the British supply base is, yet how essential it is to the racing programme and to the Chancellor of the Exchequer: £3.5 billion annually of GDP contribution is generated by the racing industry, while supporting 100,000 jobs alone is sufficient to make any government sit up and take notice.

On top of all that there is the indisputable fact that the British racing product is the best in the world, as 24 per cent of the world's best racehorses are produced from an annual foal crop of approximately 4,700 births. Next in line are Ireland with 18 per cent of the best, but from a foal crop of over 9,000.

The TBA have conceived and promoted a scheme to reward British-bred horses, which is being reviewed by the funding authorities, with a plan to be in place for the 2019 season.

What does it do? On the Flat it will pay £20,000 bonuses for registered horses across the 1,000 or more qualifying races, add more three-year-old races into the mix and allow horses to win multiple bonuses. The scheme also provides similar incentives for National Hunt racing and gives owners a real incentive to buy and breeders to breed British.

One capable and financially astute British breeder of consequence has called the scheme "a game changer” and it will be. British-bred animals registered for the scheme will have very clear attraction over horses that don’t qualify.

It won’t be popular in every stable, particularly non-British based operations, but the time has come to put the interests of our own industry first and start the long walk back to overall industry sustainability.

The elephant in the room of course is the impact this will have upon Irish-bred imports to the British racing programme. Eighty per cent of all Irish stock ends up in our market and while we need and welcome a high number of these horses, overproduction has again risen to a level of concern.

Over the last four years the UK foal crop increased by eight per cent, or around 350 foals. The French, even with their attractive breeders' premiums, increased by four per cent. But the Irish have increased foal production by 25 per cent – that’s 2,000 foals.

However, this cannot be to the detriment and cost to the British breeding industry, which supports and contributes to a British racing industry and economy.

British racing requires approximately 10,000 entrants annually to support the current racing programme; 45 per cent of these are homebreds, while the balance is 'bought in' from other markets, with Ireland of course being the largest provider.

An annual intake of 5,000 non-British bred horses is both needed and welcomed, but any external overproduction has significant consequences for the domestic market and the trade deficit.

It also makes Britain very reliant on production from other countries, that might seek alternative markets as other racing jurisdictions develop. The British-bred Premium Scheme seeks to address this.

The TBA recognises that this scheme in itself isn’t sufficient. We need more owners. The considerable investment made to the Racehorse Owners Association to deliver an ownership strategy and marketing campaign is money well spent. Additionally, the racing industry needs a strategic plan to rebuild the strong foundations that were our legacy.

No one can sit on their hands thinking it will be all right on the night, because it won’t be, and urgent action is required. Just look at the numbers!

The TBA accepts its responsibility and will continue to work in the interests of the British breeder and the racing industry to ensure that we hand on an industry in better shape.

Alarming trends for breeders as 'seismic crack' develops in industry

TBA unveils plans for £20,000 bonus to boost demand for British-breds

FIRST PUBLISHED 6:36PM, DEC 14 2018
The elephant in the room of course is the impact this will have upon Irish-bred imports to the British racing programme