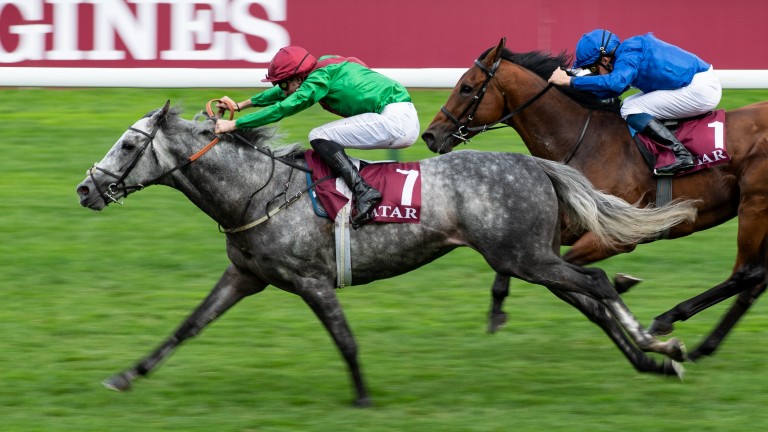 While Wednesday's final session of the Arqana Autumn sale was doing brisk business in Deauville, there was still a steady stream of breeders in attendance who spared the time for a trip down the road to see Haras de Montaigu's latest stallion recruit, Technician, at Clairefontaine racecourse.

A Group 1-winning son of the late Mastercraftsman, Technician shone for Martyn Meade as a three-year-old, winning the Listed Prix Ridgway over a mile and a quarter and Newbury's Group 3 Geoffrey Freer Stakes.

But it was back at Longchamp where he really blossomed in the autumn of 2019, winning the Prix Chaudenay and then defeating the classy Call The Wind in the Group 1 Prix Royal-Oak three weeks later.

Technician is out of the Sadler's Wells mare Arosa, while his Darshaan second dam Sharata also produced Crimson Tide and Tamarind, and he will be introduced at a fee of €3,000.

"We hope he'll be a proper dual-purpose stallion but we bought him rather with National Hunt breeding in mind as Mastercraftsman worked well in that sphere," said Montaigu's Sybille Gibson. 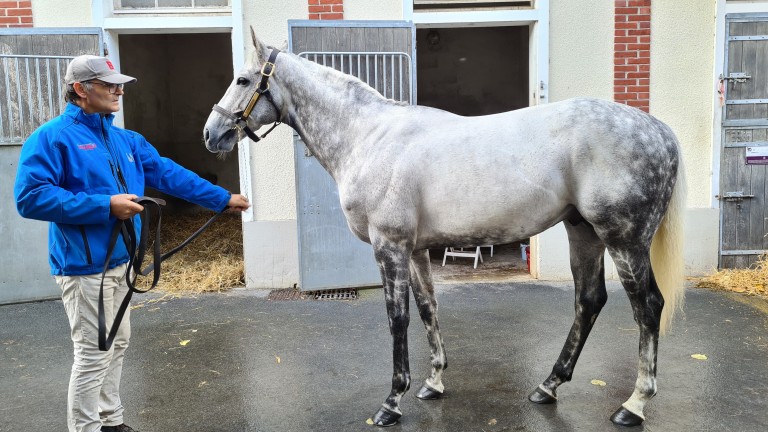 Technician will stand at Haras de Montaigu for a fee of €3,000 in 2022
Racing Post/Scott Burton

"He has some points in common with other jumps stallions, given his dam has the same cross as Great Pretender, while the only other stallion to achieve the double of winning the Prix Chaudenay and the Prix Royal-Oak was Turgeon."

The late Mastercraftsman boasts 17 worldwide Group or Grade 1 winners on the Flat to date, but had begun to emerge as a source of jumping stock, with Metier landing the Grade 1 Tolworth Hurdle last season, while Master Blueyes, Intense Tango and Wolf Of Windlesham all scored at Grade 2 level. His St Leger-winning son Kingston Hill is on the Coolmore National Hunt roster.

As well as keeping up the stud's notable tradition of standing striking greys - think Kendor, Martaline and Literato, as well as Jimmy Two Times and Beaumec De Houelle in the current line-up - Montaigu will be hoping that Technician's physical attributes will be as attractive to breeders as his pedigree.

Gibson said: "When we were approached about standing him we jumped on a plane and loved what we saw. We liked his physical conformation - he isn’t too big, although he’s certainly not small - he has a good shoulder, he is well proportioned, very well balanced and with a good walk on him. He is deep-girthed and we just liked everything about him." 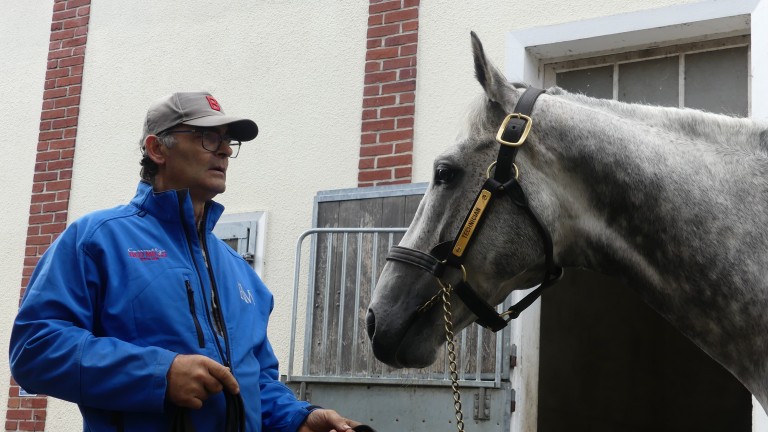 Technician will stand at Haras de Montaigu in 2022, joining No Risk At All, Beaumec De Houelle, Jimmy Two Times and Dschingis Secret on the stallion roster
Racing Post/Scott Burton

She added: "He has a very easy nature about him and had won over a trip and on all types of going. He was unbeaten at Longchamp and he has that element of Flat class that National Hunt breeders are looking for, much like No Risk At All."

Technician was bred by Barronstown Stud and purchased as a yearling at Goffs Orby by Meade's son-in-law Dermot Farrington for €40,000.

Team Valor bought into the horse after he lost his maiden status at Leicester, but Meade always kept an interest and his Manton Park Racing remains 50 per cent shareholders in Technician.

"Martyn Meade has kept his half of the horse and we already have one of his broodmares here on the farm who will visit Technician, while he also has some clients who will be supporting the horse," said Gibson.

"He loves the horse and didn’t want to give up his part so we bought out Team Valor’s half, and are syndicating him.

"All those people who came to see him on Wednesday were breeders and virtually everyone booked a cover. He went down very well."

FIRST PUBLISHED 5:30PM, NOV 21 2021
When we were approached about standing him we jumped on a plane and loved what we saw