Joe Callan takes us behind the gates of the famous operation 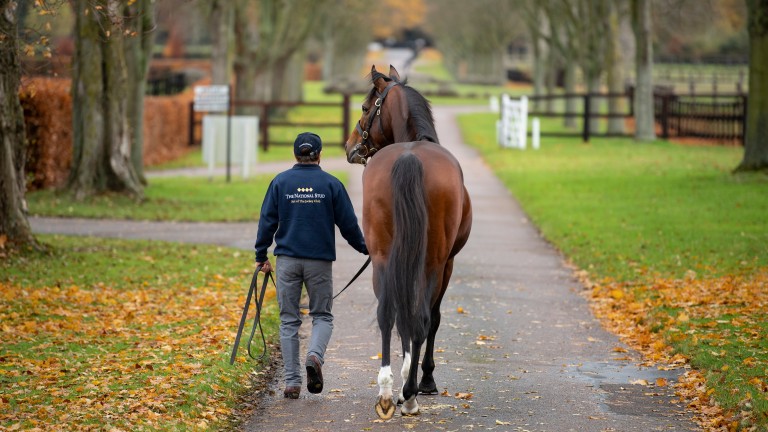 Flag Of Honour is showcased in our latest stud tour video
Edward Whitaker
1 of 1
By Martin Stevens 7:01PM, APR 26 2020

As government lockdowns to slow the spread of the coronavirus continue, meaning people are still stuck at home when they want to go out, studs around Britain have opened their gates to give us a breath of fresh air – on video, at least.

Joe shows us the high-class sprinter Firenze, who is now boarded at the Newmarket operation and is in foal to Harry Angel, a yearling filly by exciting home stallion Time Test and a colt foal by Time Test's studmate Rajasinghe.

We also get up close and personal with the National Stud's new dual-purpose stallion Flag Of Honour, a beautifully bred son of Galileo who won the Irish St Leger.

The videos have been posted on the GBRI Twitter account individually all week. Starting from Monday, April 27, Cheveley Park Stud in Newmarket will be showing off some of their blue-chip stock.

Thanks to Joe and the rest of the National Stud team for producing the videos while adhering to government rules on social isolation on the farm.

People will be able to see the stud for themselves as tours resume and the coffee shop re-opens when life returns to a semblance of normality, not too far in the future let's hope.

FIRST PUBLISHED 7:01PM, APR 26 2020
Joe shows us the high-class sprinter Firenze, who is now boarded at the Newmarket operation and is in foal to Harry Angel