David Cottin's Kapgarde colt impressed in his starts at Auteuil 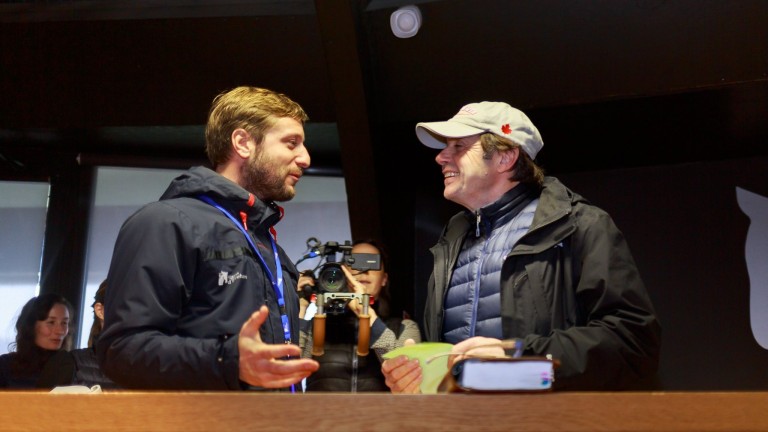 A potential heir to his sire Kapgarde, who has also produced the likes of Gold Cup hero A Plus Tard and the top-class Clan Des Obeaux, he joins a roster featuring Goliath Du Berlais, Latrobe and Masked Marvel for the 2023 season.

Paradiso won the Listed Prix Wild Monarch by eight lengths on his debut in April of his three-year-old campaign. He would win the Listed Prix Stanley and then the Grade 3 Prix Aguado in equally fine style taking third in September's Prix Robert Lejeune.

A half-brother to Grade 3 hurdle winner Messagere, he is also from the exclusive family of stallions Nickname and No Risk At All.

Etreham's Nicolas de Chambure said: "It is wonderful to welcome Paradiso to our jumps stallion ranks and we thank Genetique Obstacle for giving us this opportunity. He is the first stallion son of champion sire Kapgarde, and boasts a superb maternal family which carries the bloodlines of Monsun and Linamix.

"We are delighted to offer such an attractive stallion profile to breeders. Paradiso has shown exceptional talent over jumps at Auteuil, as well as class on the flat and an ability to accelerate. He is a racy and elegant individual with magnificent tissue and a superb shoulder. As with our other stallions, breeding rights will be offered to breeders.”

Paradiso will be able to be viewed from September 15 at Haras de la Tuilerie.

'That price was over my expectations' - €1.6m Shamardal colt leads way at Arqana

FIRST PUBLISHED 10:09AM, AUG 18 2022
He is the first stallion son of champion sire Kapgarde, and boasts a superb maternal family which carries the bloodlines of Monsun and Linamix