Frankel filly landed a 1m2f maiden at Yarmouth on Wednesday 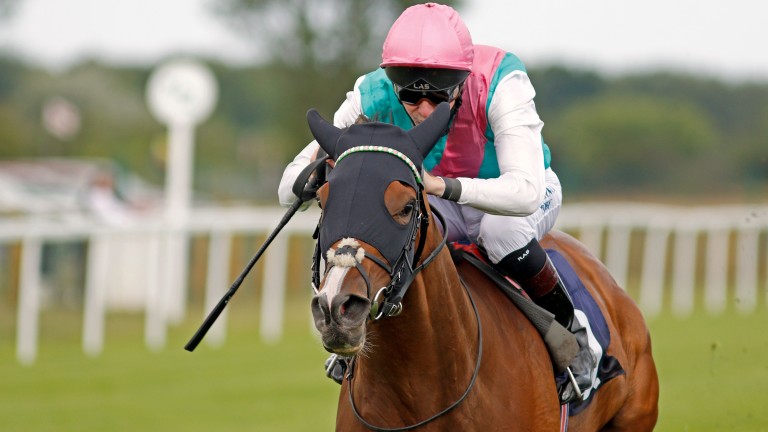 Enable's dam Concentric made it six winners from as many runners on Wednesday when her three-year-old Frankel filly Portrush won a 1m2f maiden at Yarmouth on only her second start.

Khalid Abdullah's homebred filly - second to subsequent Oaks runner Gold Wand on her debut at Newbury last month - got up in the final strides under a strong drive from Robert Havlin to deny the Raven's Pass filly White Mountain by a neck.

John Gosden also trains Enable's closely related half-sister Portrush, who like her illustrious sibling by Nathaniel is inbred 2x3 to Sadler's Wells, with the pair both by Galileo stallions out of a Sadler's Wells mare.

Enable has struck ten times at the highest level including the Prix de l'Arc de Triomphe in 2017 and 2018, and she became the first Arc winner to win a Breeders' Cup race when landing the Turf at Churchill Downs in November 2018. 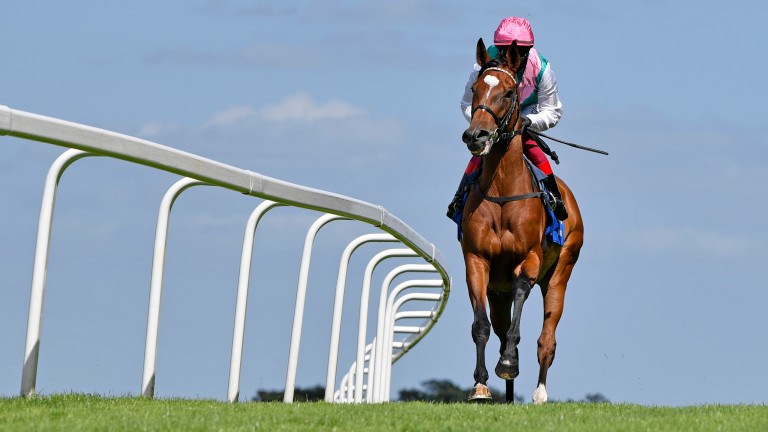 Enable: the jewel in the crown of Concentric's breeding career
Francesca Altoft

The mare's other two winners, Tournament and Centroid, are by Oasis Dream and Dansili respectively, while she also has a two-year-old Sea The Stars colt named Derab in training with Gosden, a yearling full-brother to Enable, and paid a return visit to Sea The Stars last year.

Portrush hails from a deep Juddmonte pedigree - her catalogue page in a sales catalogue would not stretch beyond the second dam - with Concentric a sister to the Group 2 winner Dance Routine, best known as the dam of multiple top-flight scorer Flintshire and the granddam of Group 2 winner Headman.

Concentric is a daughter of Group 3 winner Apogee and granddaughter of the multiple Oaks-placed Bourbon Girl, whose own dam Fleet Girl entered the Juddmonte fold when Khalid Abdullah purchased Dr Hubert Schnapka's Ferrans Stud in 1982.

Portrush, wearing a hood once again, completed a one-three for her sire on Wednesday, with Frankel filly Tanita reaching the places for the third time in as many starts.

The latter is out of Shoal, an Oasis Dream sister to the exceptional middle-distance racemare Midday, whose own runners to date include the Classic Trial winner Midterm and the Ribblesdale Stakes runner-up Mori.

FIRST PUBLISHED 3:21PM, JUL 15 2020
Portrush completed a one-three for her sire on Wednesday, with Frankel filly Tanita reaching the places for the third time in as many starts