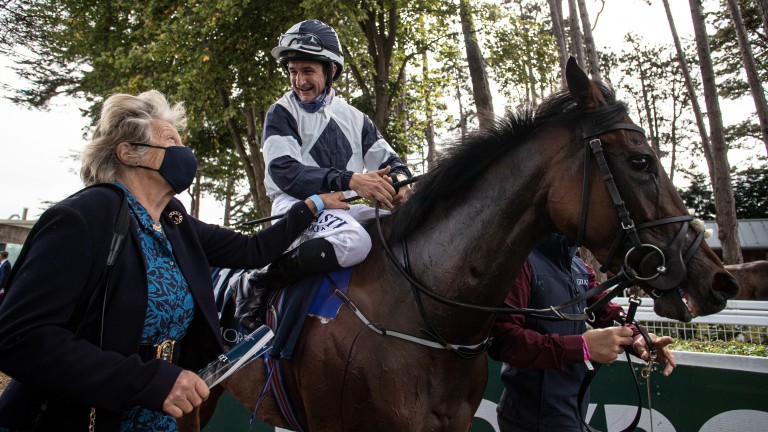 The filly, trained by Jessica Harrington and ridden by Shane Foley, was bred by Mountarmstrong Stud out of Dandy Man’s daughter Rapacity Alexander - her first foal - and was improving on her third-placed finish in the Irish 1,000 Guineas earlier in the season. She had previously won a maiden and the Group 3 Athasi Stakes.

No Speak Alexander was first past the post by a neck from Invincible Spirit's Pearls Galore, but having hampered third home Mother Earth, connections had an anxious wait while the Leopardstown stewards analysed the interference.

Watch all the drama unfold

The dam was a Listed winner at Chantilly, and is a full-sister to Group 1 Hong Kong Sprint winner Peniaphobia, while Shalaa was also a top-level winner, landing the Prix Morny and Middle Park as a two-year-old.

Shalaa also won the July Stakes and Richmond Stakes in a stellar juvenile campaign that meant he was named European champion two-year-old.

He returned from injury in the October of his three-year-old campaign to win the Group 3 Bengough Stakes, but was retired after finishing tenth in the British Champions Sprint back at Ascot later that month.

The eight-year-old, whose other flagbearer is Australian colt Shaquero, stood the 2021 season at Al Shaqab’s stud at €15,000.