Sussex Stakes hero will stand at Nunnery Stud at £20,000 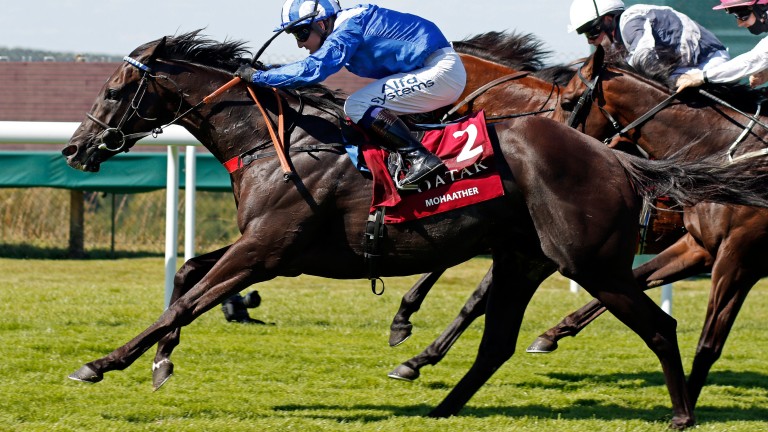 Shadwell's Nunnery Stud newcomer Mohaather is to come in for extremely strong home support as he begins his second career, with the operation revealing that Nazeef is among the high-class Hamdan Al Maktoum-owned mares set to visit the Sussex Stakes hero.

The daughter of Invincible Spirit and the Listed-winning Dubawi mare Handassa won seven races from 11 starts, headed by this year's Group 1 Falmouth and Sun Chariot Stakes. She also landed the Listed Snowdrop Fillies' Stakes and the Group 2 Duke of Cambridge Stakes while under the care of John Gosden.

Nazeef is one of three Group 1 winners Sheikh Hamdan is sending to Mohaather, as she will be joined by the brilliant Ghanaati, a daughter of Giant's Causeway from the Height Of Fashion family who won the 1,000 Guineas and Coronation Stakes, and Majmu, an Australian-bred daughter of Redoute's Choice who raced in South Africa, where she struck in the Cape Fillies Guineas and Empress Club Stakes. 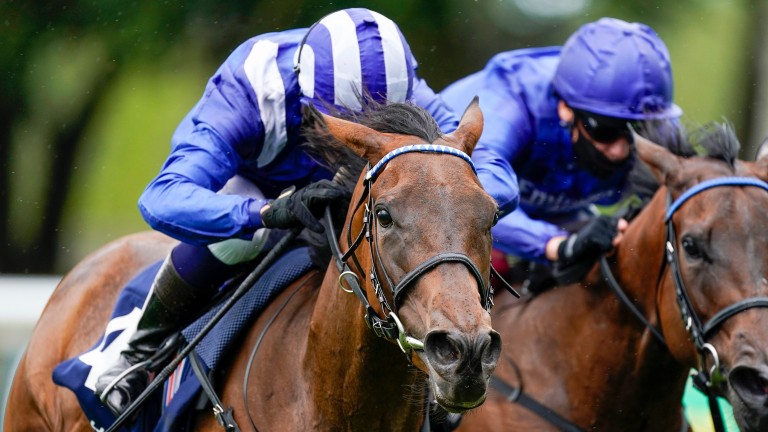 His book will also include the dam of Shadwell's Irish 2,000 Guineas hero Awtaad, with the Listed-placed Asheerah, a daughter of Shamardal, among the other notable names on his dance card.

"Mohaather was an exceptional talent – to do what he did in the Sussex Stakes was quite phenomenal," said Shadwell stud director Richard Lancaster. "It's rare for a horse to possess such a potent turn of foot, but he displayed it on several occasions when winning Group races at two, three and four.

"Sheikh Hamdan has demonstrated his belief and confidence in Mohaather by sending a plethora of top-class mares, headed by a trio of top-flight winners, including this year's exceptional miler Nazeef. 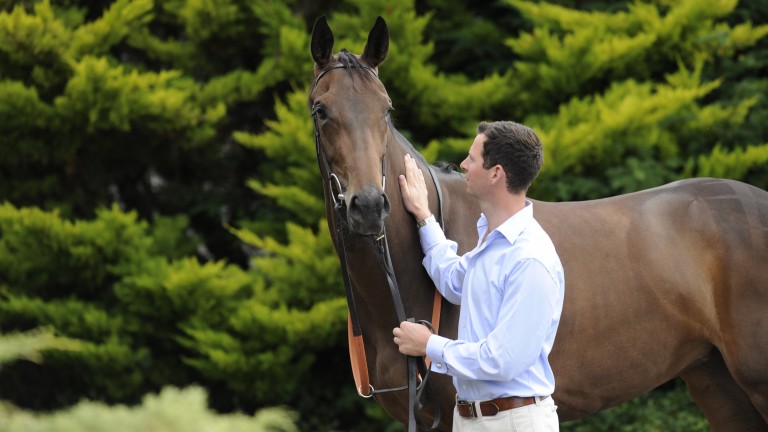 "Mohaather is an outstanding individual. He's beautifully balanced and is blessed with an exceptional walk. These attributes, combined with his race record and outstanding temperament, have ensured he’s been very popular with breeders ahead of the 2021 breeding season."

Other classy Shadwell mares among Mohaather's debut book include: the Listed-winning and Oaks third Rumoush, a Rahy half-sister to Ghanaati and dam of stakes winners Muntazah, Talaayeb and Wadilsafa; Nafaayes, a daughter of Exceed And Excel who was a dual Grade 2 winner and multiple Grade 1-placed in South Africa; Fadhayyil, winner of the Listed City of York Stakes and runner-up in the Group 3 Jersey Stakes; and the Listed runner-up Yasmeen, a Sea The Stars half-sister to black-type winners Ethaara, Mudaaraah and Sudoor.

The Group 1-winning son of Showcasing will stand his debut season at Nunnery Stud at a fee of £20,000.

FIRST PUBLISHED 12:08PM, DEC 21 2020
Sheikh Hamdan has demonstrated his belief and confidence in Mohaather by sending a plethora of top-class mares, headed by a trio of top-flight winners