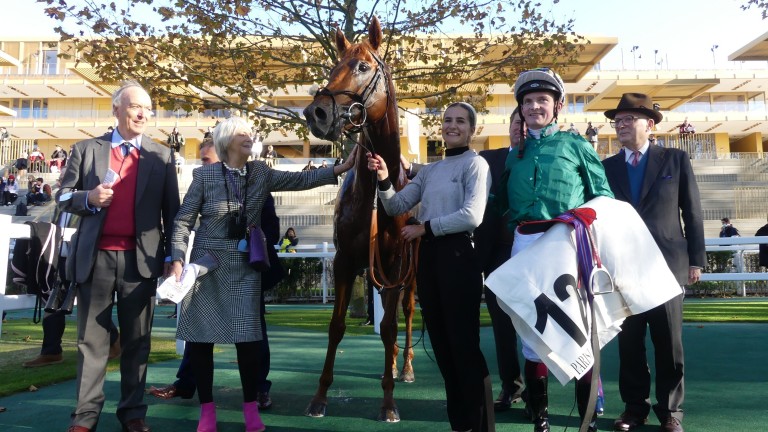 Scope's ready success in the Prix Royal-Oak at Longchamp on Sunday was another feather in the cap of Julian Richmond-Watson's Lawn Stud, a result that also confirmed the owner-breeder's faith in the son of Teofilo.

A winner of his only start at two when beating subsequent Derby and St Leger runner-up Mojo Star, the three-year-old was not disgraced when on his seasonal return at Newmarket before a fine third to Third Realm and Adayar in Lingfield's Derby Trial. He was also fifth to the high-class Yibir in the Great Voltigeur and was impeded when sixth to Hurricane Lane in the St Leger.

While these results confirmed the colt an above-average performer, Richmond-Ward did not expect the Ralph Beckett-trained runner to progress to top-level honours.

Speaking with GBRI on Sunday afternoon, Richmond-Watson, who is also responsible for breeding this season's Lennox Stakes victor Kinross, said: “He did beat Mojo Star in his maiden, so I always knew he was above average, but we had a difficult run in the St Leger. It’s very exciting to win a Group 1, I thought he was more like a Group 3 horse.”

An emphatic winner of the Noel Murless Stakes at Ascot before his French victory, Scope hails from a family that has served Richmond-Watson well. 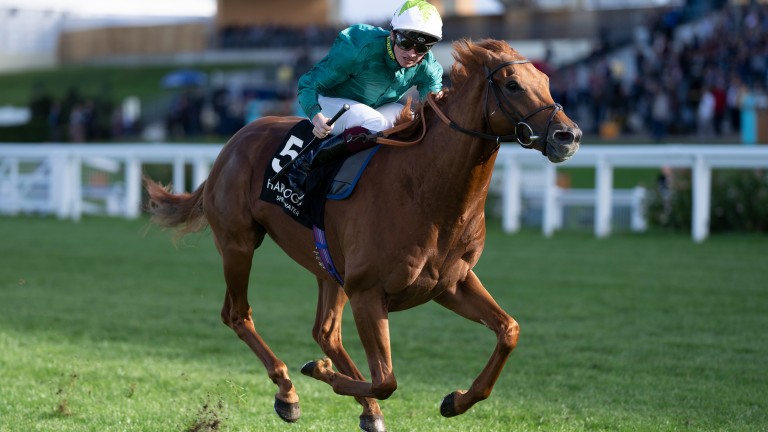 He is the fifth foal out of the winning Efisio mare Look So, a half-sister to Oaks heroine Look Here and a four-time winner for Beckett during her racing career.

He added: “The mare’s been absolutely brilliantly, that’s her third black type winner, she’s been very consistent. She has a Night Of Thunder foal, so we’re looking forward to that."

While Look So is not carrying this year due to a late foaling, Richmond-Watson emphasises that the 17-year-old could be pencilled in to a supersire for her next covering.

He continued: "She’s not in foal this year, she foaled late and I didn’t get her in foal. I’ve now got to decide where I’m going to send her next, which is quite an interesting problem, because she deserves to have something a bit special.”

On his stud's success this year, Richmond-Watson continued: “We have a small stud of six mares, and about four yearlings go into training every year.

"Everyone forgets I owned and bred Kinross and he’s won a Group 3 and a Group 2 this year. So we’ve had two Group winners this year from very small numbers, so we’re very lucky.”

FIRST PUBLISHED 6:11PM, OCT 24 2021
I’ve now got to decide where I’m going to send her next, which is quite an interesting problem, because she deserves to have something a bit special