Prompt start for Postponed with first winner at Pontefract 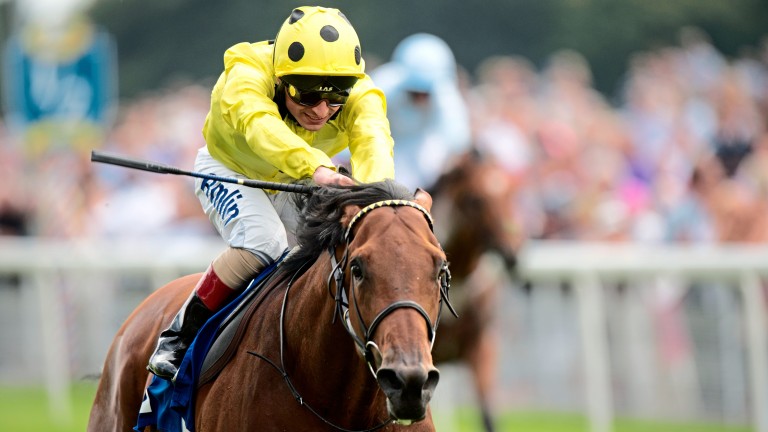 Postponed had a fine international career on the track
Edward Whitaker
1 of 1
By Tom Peacock 2:35PM, JUN 20 2021

Outstanding middle-distance performer Postponed was off the mark with his first crop of runners as a stallion through one of the only two individuals to have appeared for him so far.

His daughter Almohandesah proved well up to the mark in the opening six-furlong novice at Pontefract on Sunday, with Karl Burke's filly going one place better than on her debut at Redcar earlier in the month as she held off the late attention of Penny's Picnic's Shouldavbeenmore.

Postponed, a son of Dubawi, provided excellent returns for both Luca Cumani and Roger Varian, winning a Coronation Cup, Juddmonte International and Sheema Classic in 2016 to go along with a King George and a Great Voltigeur.

Installed at Dalham Hall, his first foals are appearing from a £20,000 fee and his progeny made up to 145,000gns at auction.

Almohandesah, a half-sister to a few minor winners bred out of an Exceed And Excel mare, was bought for 16,500gns at last year's Tattersalls February Sale by Federico Barberini from the National Stud's draft and races for owner Ahmad Al Shaikh.