Epsom winner is a poignantly-named son of Pitchall Stud flagbearer 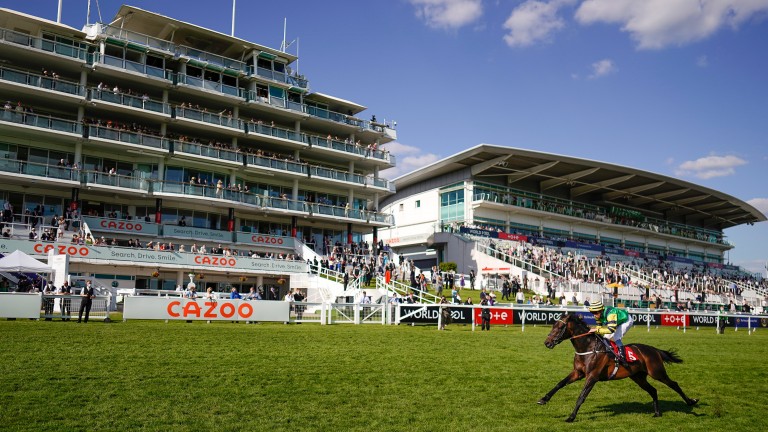 A Derby Day victory has cemented stallion careers for centuries now but not many will have as unusual a back story as Midnights Legacy.

David and Kathleen Holmes' attempt to manufacture a replacement for their late Midnight Legend with one of his last male heirs had seemed decidedly optimistic when the plan was hatched when he was only a new-born foal.

The couple were realistic from the outset that the chances of Midnights Legacy being good enough to become a feasible sire were slim at best, but hopes improved dramatically when Alan King trained him to win a Bath novice on his second juvenile start and two more consecutive scores 12 months ago.

Freshened up after a winter stint on the all-weather, the sibling of three black-type hurdlers produced a power-packed performance to win the Northern Dancer Handicap – 45 minutes after the Derby over the same course and distance – from a mark of 92.

"It took at least 24 hours to come back down to earth, we were thrilled that he won so well on such a good day," said Kathleen Holmes.

"We expected him to run very well but you just never know until you pass the winning post. He definitely isn't one for the all-weather, it was just a case of keeping him ticking over. He could have gone over hurdles but it was so soft and bad ground, and it was getting too late to run him and get him out of novice races.

"We won't go to Ascot, it's a bit too soon, but we'll certainly be looking at another run over a similar distance and take it race by race. He'll go novice hurdling, that's what he's all about when he's finished having a bit of fun on the Flat." 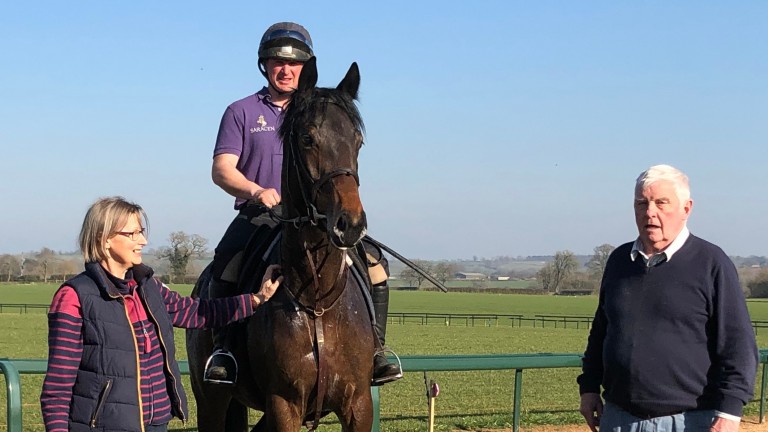 The Holmeses resuscitated the fortunes of Midnight Legend, whom they bought cheaply for their Pitchall Stud in Warwickshire. A stakes winner on the Flat and later a rare entire to go hurdling when shining for David Nicholson, he died in 2016 as a distinguished British National Hunt sire and posthumous producer of the Cheltenham Gold Cup winner Sizing John.

It explains why they are keen to burnish his son's credentials with another campaign over hurdles, Midnights Legacy having tried a couple of times without success last October.

"We had a bit of a blip, things weren't ideal so we took a pull," said Holmes. "He's still a very young horse, he was born on May 1, so he's only just four.

"He's got all the time in the world to finish his career and we can decide then if he's successful enough that he can go on and be a stallion. His father was about eight when he went to stud, he certainly wasn't a youngster.

"And quite frankly, we're enjoying racing him, it's all part of the fun really. We'll let Alan run him on the Flat this summer, it's really being guided by the horse and doing what's best for him. As he's getting older he's getting stronger and everything is hopefully going the right way."

News of their plan has clearly piqued interest, as Holmes explained, saying: "He's got a huge fan club and everyone is so interested in knowing what's happening. I've got people talking about booking mares to him, but we've got one stallion on the go at the minute in Passing Glance [now standing at Batsford Stud], and we can wait for him, there's no rush.

"Passing Glance has done incredibly well. It's a long game waiting for stallions, Midnight Legend helped him get a few mares, but he was six when we bought him and he's now 22. It takes them until they're 20 sometimes to start to get noticed."

While many older Flat colts are stripped of their reproductive equipment in order to make them calmer and more manageable, Holmes said that such an unimaginable decision with Midnights Legacy had never been tabled.

"He's quite a delight," she said. "I've been asking Alan from the beginning but he says, 'He's absolutely fine, super temperament'.

"We'll keep him away from gelding him at the minute! He's so much like his sire, just to see him gives you a thrill. He's such a lovely horse, everything about him is so good. We enjoy watching any of them run, of course, but he's something special."

FIRST PUBLISHED 5:30PM, JUN 12 2021
He's got all the time in the world to finish his career and decide then if he's successful enough that he can go on and be a stallion