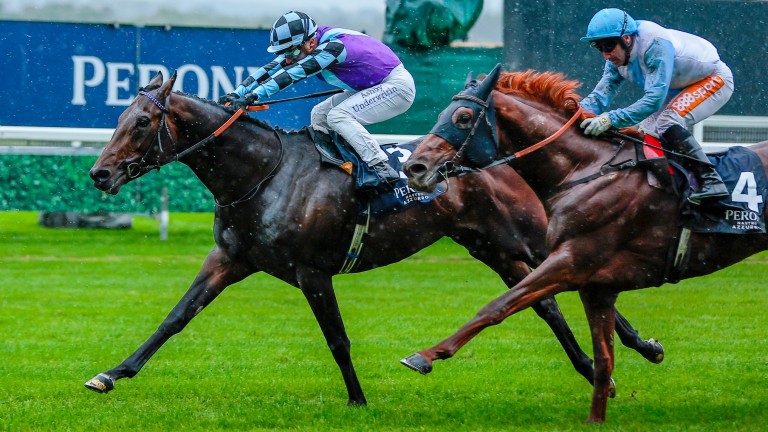 Al Rifai became perhaps one of the least-known stallions of recent times to have sired a stakes winner when his son El Habeeb took the Listed Peroni Nastro Azzurro Noel Murless Stakes at Ascot.

Few will remember the racing career of Al Rifai as it lasted just one race in Britain, where he was an impressive winner of a maiden at Kempton for John Gosden in 2015.

However, he has impeccable breeding as not only a son of Galileo but being out of the Rockfel, Fred Darling and EP Taylor Stakes winner Lahaleeb.

Al Rifai is thought to be a private stallion for his Bahraini owner-breeder Mohamed Khalid Abdulrahim, with connections having chosen to run El Habeeb in the Derby and the St Leger before what was his second victory of the season.

He is one of scant worldwide runners for Al Rifai, with Abdulrahim also responsible for breeding Ecosystem, who won in Bahrain in January having been produced from the well-bred Bernardini mare Listen Dear.

El Habeeb, who is registered as Irish-bred, is out of the US Graded-placed Mr Greeley mare Los Ojitos, who has also bred the owner's 2020 Galtres Stakes winner Gold Wand, by Golden Horn.

FIRST PUBLISHED 5:03PM, SEP 30 2022
Al Rifai is thought to be a private stallion for his Bahraini owner-breeder Mohamed Khalid Abdulrahim