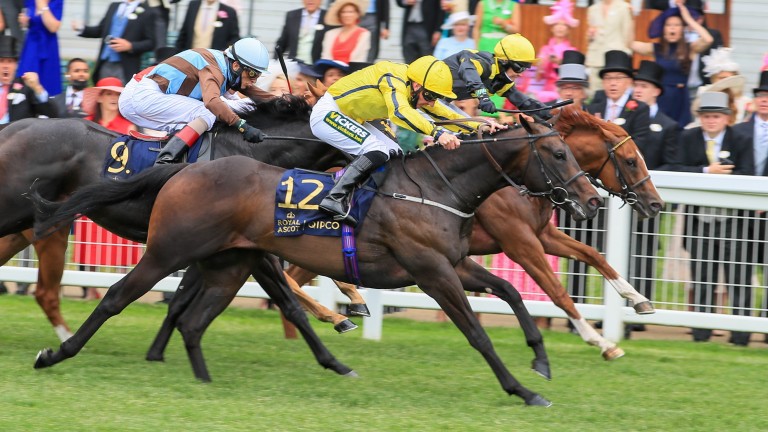 Perfect Power emulated his father Ardad with a juvenile victory at Royal Ascot but that was anything but the only similarity between the two as the first-season sire continued the electric start he has made to his new vocation.

The pair were not only bought by the same man at separate renewals of the same sale, they both hail from the same famed nursery of speedy youngsters at Tally-Ho Stud.

It was five years ago that Ardad burst to prominence and effectively earned his place at stud with a convincing win for John Gosden in the Windsor Castle Stakes, going on to add the Flying Childers before going on to what is a flourishing career at Overbury in Gloucestershire.

He had been sourced for £170,000 by Richard Brown of Blandford Bloodstock at the Goffs UK Breeze-up.

Back at this April's edition of the Doncaster event, it was Brown who signed for Perfect Power from Tally-Ho for a still-lofty £110,000, having been bought back by the same vendors at 16,000gns when offered at Tattersalls Book 2. Their owners are different but are both affiliated to Rabbah Bloodstock, the friends and family of Sheikh Mohammed.

Perfect Power had managed to fit in one more start than his father prior to his appearance in Thursday's curtain-raising Norfolk Stakes, where he prevailed by a head and a nose from Go Bears Go and Project Dante in a cross-track blanket finish. Trainer Richard Fahey sent him to the track at Newcastle just a month after receiving him and got his charge off the mark at the second attempt a fortnight later in a maiden at Hamilton.

"That was epic," said an elated Brown. "It's a win-win, win-win situation."

Brown explained that there were notable similarities between the pair.

"Everyone talks about times at breeze-up sales and they are important but we're big into temperament and he was absolutely bomb-proof, as his dad was.

"His dad never saw the vet at John's, he never had an issue, he was so quiet and when this horse won eight days ago Paul Hanagan [jockey] said he had to trot him around at the start to wake him up.

"He was just a completely chilled character and is obviously also very talented. I think Richard has always felt he was a six-furlong horse and I think that showed it there - I don't think he'll be going over five again so we'll see what he can do now." 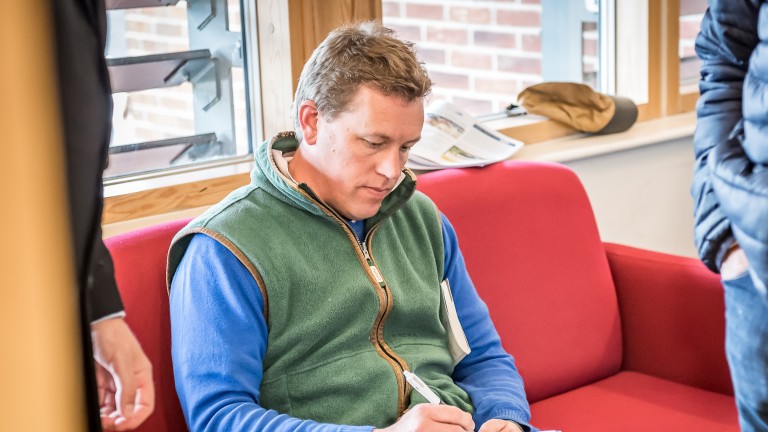 "They'll all celebrate it together, it's kind of a team thing," he said. "Abdullah and Sheikh Rashid, they're equally as delighted. It's amazing. You buy the winner of the Norfolk and you're absolutely cock-a-hoop, then you do it by a stallion that you bought a few years ago that's going well...we're just very, very lucky to be buying that calibre of horse for these guys."

The winner is the first foal out of the Frozen Power mare Sagely, who won twice and competed at stakes level for Ed Dunlop. She is closely related to the 1998 Prix de l'Arc de Triomphe headliner Sagamix and was bought now very judiciously by Tally-Ho, the O'Callaghan family's County Westmeath operation, for 42,000gns at the 2017 Tattersalls December Mare Sale.

Ardad, who currently stands for a fee of just £4,000, is storming clear at the head of the freshman ratings in Europe despite beginning the season without much fanfare for his 102-strong crop. He made it to 12 individual winners this week and while this Group 2 was his first at stakes level, he also supplied Tuesday's Coventry Stakes third Vintage Clarets.

By something of a quirk, or perhaps more just a sign of these need-for-speed times, Perfect Power had a similar profile to last year's Norfolk winner The Lir Jet. His then first-season sire Prince Of Lir, another chunky £170,000 purchase from the Goffs UK Breeze-up, had also clinched the 2016 renewal of the race.

FIRST PUBLISHED 5:00PM, JUN 17 2021
You buy the winner of the Norfolk and you're absolutely cock-a-hoop, then you do it by a stallion that you bought a few years ago that's going well