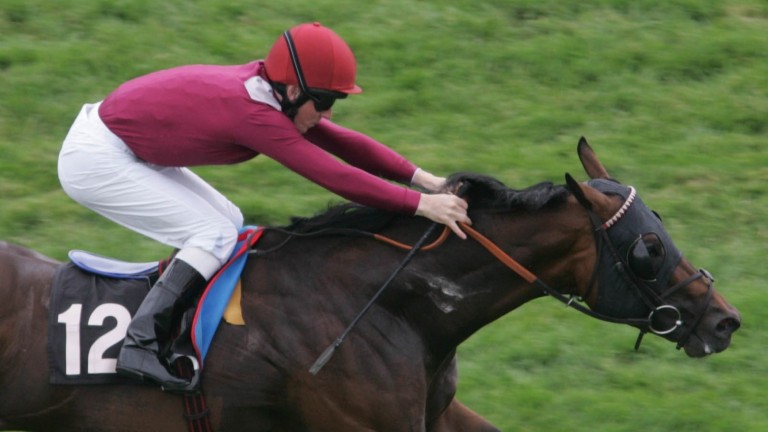 Tally-Ho Stud flagbearer Kodiac supplied his 40th individual two-year-old winner of 2018 when daughter Invincibella disposed of her maiden status by scoring by a neck in a five-furlong novice auction stakes at Kempton on Monday.

To reach that milestone in September is a momentous feat, but the sire is actually running behind the pace he set in his record-breaking campaign last year when, by the end of December, he had set an extraordinary new benchmark of 61 juvenile winners from a single crop.

In 2017, Kodiac made it to 40 two-year-old winners when his daughters Odyssa and Pulitzer both got off the mark on September 8.

He has actually fallen further behind schedule since posting his 30th winner this year. That came when Blyton scored on August 9, a length of 12 calendar days after he had notched number 30 in 2017; but Invincibella's victory comes 16 days after Odyssa and Pulitzer triumphed last year.

Nonetheless, Kodiac has a squeak of matching or surpassing his 2017 record haul, as he has 195 two-year-olds on the ground – five more individuals than last year.

He might also be expected to get a few more back-end maiden winners than in other seasons, as this crop was bred off an increased fee of €25,000, up from €10,000 for last year's juveniles. Because of that, he would have covered some more Classically-bred mares.

The sire is not all about precocious talent, though, as his four-year-old son Best Solution has demonstrated by landing a pair of middle-distance Group 1s in Germany this summer.

Kodiac covered 239 mares at a fee of €50,000 this year, in the wake of him smashing that record for two-year-old scorers.

His latest winner Invincibella was bred by Whatton Manor Stud out of the winning Rock Hard Ten mare Sahafh and was a 20,000gns vendor buyback at last year's Tattersalls December Yearling Sale.

She is now trained by Johnny Portman for the Hot to Trot syndicate.

How Kodiac went from workmanlike to world-beater in ten years

FIRST PUBLISHED 4:25PM, SEP 24 2018
Kodiac is not all about precocious talent, though, as his four-year-old son Best Solution has demonstrated