Among the sires being used are Constitution, Into Mischief and Tapit 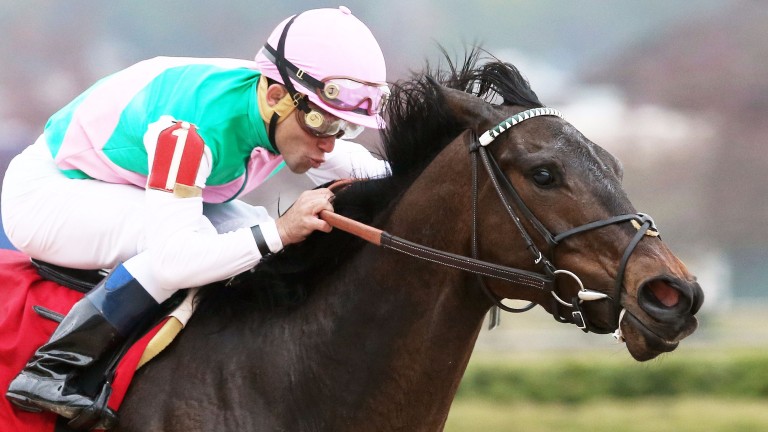 Close Hatches, a daughter of First Defence and the winner of five top-level contests including the Personal Ensign Stakes, is the dam of the multiple Graded winner Tacitus - who will run in next month's Saudi Cup - and will visit the exciting Constitution.

Constitution, whose son Tiz The Law struck in the Belmont Stakes and now stands at Ashford Stud, will also receive Spring In The Air, a Grade 1-winning daughter of Spring At Last and the dam of the promising Make Believe colt Third Kingdom.

Close Hatches' dam, Rising Tornado, has been pencilled in for a visit to Tapit alongside Paulassilverlining, a daughter of Ghostzapper who won twice at the highest level.

Soothing Touch, the dam of four-time Grade 1 winner Emollient and the stakes-winning Hofburg, is set for a date with leading sire Curlin, while her daughter will visit Into Mischief.

Antonoe, winner of the Grade 1 Just A Game Stakes at Belmont for Chad Brown, has been booked in for a mating with Speightstown. The daughter of First Defence, who has a two-year-old War Front colt named Parade Square, was also a Group 3 winner in France for Pascal Bary.

Other stallions set to be visited by Juddmonte mares include Quality Road, War Front, Munnings, Not This Time and Violence.

FIRST PUBLISHED 3:01PM, JAN 25 2021
Soothing Touch, the dam of four-time Grade 1 winner Emollient and the stakes-winning Hofburg, is set for a date with leading sire Curlin