First stakes win for Cotai Glory on the Chantilly undercard 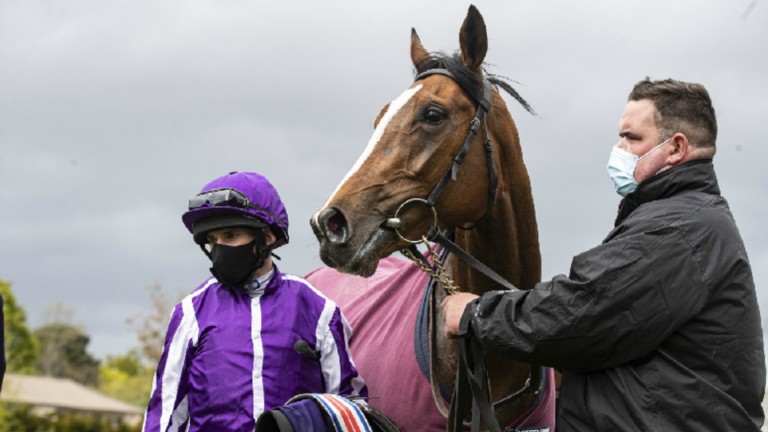 Joan Of Arc is proving yet another wonderful daughter of You'resothrilling
Patrick McCann/Racing Post
1 of 1
By Tom Peacock 4:27PM, JUN 20 2021

A Storm Cat sister to the 'Iron Horse' Giant's Causeway who was no slouch on the track herself, the 16-year-old also now has four Group 1 winners among her offspring and all seven of her Galileo-sired foals boast strong black type.

Even before an accomplished performance under Ioritz Mendizabal, Joan Of Arc had come out on top in the Group 3 Irish Guineas Trial and been picked off close home in the main event itself by her Aidan O'Brien stablemate Empress Josephine.

She joins siblings headed by Gleneagles, winner of the National Stakes, St James's Palace and two different Guineas as well as Marvellous, who took the Curragh fillies' Classic in 2014 and Moyglare and Prix Jean-Luc Lagardere victress Happily.

The US-bred You'resothrilling, one of a string of winners out of the Rahy mare Mariah's Storm who landed the old Cherry Hinton Stakes for O'Brien in 2007, has continued to visit Galileo in subsequent years. She has a two-year-old filly, recently named Toy, as her next one waiting in the wings.

For the Coolmore giant himself, it was a 91st individual Group 1 winner, following on from that of Empress Josephine over Joan Of Arc a month ago. It was Galileo's first success in the French Oaks since that of Golden Lilac a decade ago.

His son Atomic Force strung out his rivals in the Group 3 Prix du Bois, with Kevin Ryan and Hambleton Racing's gelding adding to a prior victory at Hamilton by an impressive five lengths.

Ryan and his agent Stephen Hillen had acquired the youngster for £22,000 at the Goffs Sportsman's Sale.

Smart sprinter Cotai Glory has already fired out 11 individual winners in Europe including his Windsor Castle Stakes runner-up Dig Two, while Eldrickjones must be the best juvenile maiden in the country after his fine second to Berkshire Shadow in the Coventry.